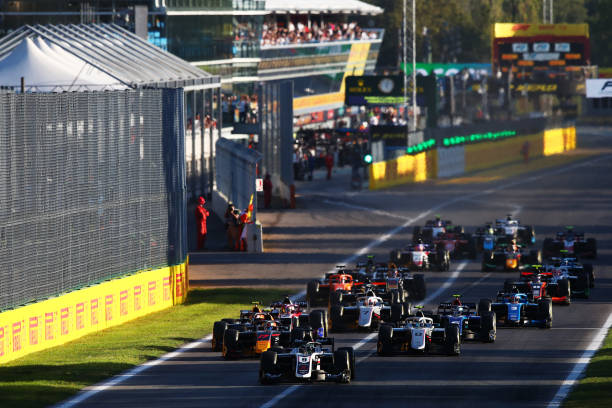 Both feeder series' calendars have now been revealed

The Formula 2 and Formula 3 calendar have now been officially released.

The championship will consist of a total of 28 races across 13 different countries in 2023.

Formula 2 will head to Bahrain for the season opener for the seventh season of the championship. The teams will then stay in Asia to go to Jeddah for round two.

In April, Australia will make its Formula 2 debut and then go to Azerbaijan.

The campaign will carry on with a triple-header, starting in Imola, before going to Monte Carlo, Monaco and Barcelona in Spain.

After a further four-week break, Formula 2 will head to Austria and Britain in a double-header in July.

Rounds 10 and 11 will take place in Budapest, Hungary and Spa-Francorchamps, Belgium before the summer break.

After the summer break, the field will return to Zandvoort, Netherlands in August, before heading to Monza, Italy in September.

The season finale will once again take place on November 24-26 at the Yas Marina Circuit, Abu Dhabi.

Formula 1 CEO Stefano Domenicali is “pleased to confirm the Formula 2 calendar for 2023” and “looks forward to another exciting season”.

The Italian also said that the “championship continues play a hugely important role in nurturing the talent of the future”.

“There is no better preparation than to compete on these gold-standard grand prix circuits, and I’m looking forward to seeing how the next generation of drivers take on a new challenge with the addition of a round in Australia next year.”

Formula 2’s CEO Bruno Michel revealed that the ” F2 calendar will have 14 rounds, the same amount as the current one. In 2022, we’ve enjoyed more action than ever, with a total of 28 races, and we wanted to keep this for next season.”

The Formula 3 season will consist of 10 rounds, including a total of 20 races over three continents.

The fifth edition of the series will start in Bahrain in March. The teams will then head to Australia for the first time for round two in April.

After a months break, a triple-header will then be completed, starting in Imola. The paddock will then race at Monte Carlo, Monaco for the first time. Then they will complete the triple-header heading to Barcelona, Spain.

July will then consist of two double-headers. Round six will take place in Spielberg, Austria, followed by Silverstone, UK.

The second double-header will take place at the Hungaroring, before heading to Spa-Francorchamps a week later.

The season finale will take place at Monza, Italy on September 01-03.

“There is no doubt that in its fifth year we can expect drama, action and some of the most exciting battles on track to date.”

The Italian is also excited for Formula 3 to visit Melbourne, Australia and Monte Carlo, Monaco for the first time also.

FIA President Mohammed Ben Sulayem is pleased that Formula 2 and Formula 3 continue to race alongside Formula 1.

“There is no better preparation than to compete on these gold-standard grand prix circuits. I’m looking forward to seeing how the next generation of drivers take on a new challenge with the addition of a round in Australia next year.”