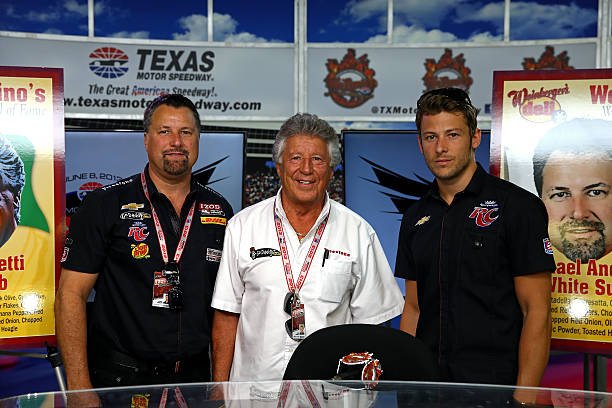 The first potential driver for the F1 team has also been confirmed.

Mario Andretti has confirmed that the Andretti Formula One team aiming to join the sport in 2024 will be powered by Renault. The team’s factory will be in the UK.

Latest Update: On PeacockTV, during the broadcast of the IndyCar practice, it was confirmed that Colton Herta will be the first driver for Mario Andretti’s Formula One team, if it gets the FIA’s approval to race.

In an interview with David Land at the IndyCar Series opener, Andretti discusses the Andretti Global Formula One team. Land shared a snippet of the interview as he “had to post the clip right now”.

Mario Andretti told Land how “they’re not just new boys in town”. They have “everything in place” to enter Formula One. Andretti Global are aware of the “pre-requisites” and when they are given the go ahead, they “gotta go”.

Andretti elaborated on their current status and said that they know where “the facility is going to be built in the UK”. As part of the team, there are “prominent individuals” who have done similar work “as far as start-ups”.

When discussing with Land about the engine supplier for the team, Andretti said “I’m allowed to say it now” and that:

“We have a formal agreement now on the engine supplier and then it’s out there, so it’s gonna be Renault.”

Andretti touched on the speculation surrounding the engine supplier for the Andretti team, mentioning Toto Wolff’s concern about it “potentially been a Ferrari”.

He added that “there are a lot of steps to take” in this “huge undertaking” of forming a Formula One team. But Andretti reiterated that they are “ready for it”.

“With incredible partners on [their] side” they will be there “for the duration”. With 67 years of experience under their belt in the world of motor-racing, they certainly “know what goes on”.

Mario Andretti said that it is a very big undertaking on Michael’s part but it shows that “he’s very very ambitious“.

The Andretti’s “live and breathe motor-racing”. Michael is at the point where he needs to take the “quantum leap” to be able to have a “good 25 years” in the business.

The short sneak preview of the interview with Mario ended with confident words from Mario.

The full interview with Mario Andretti and David Land will be available on Sunday morning on David Land’s YouTube Channel @DavidLand.