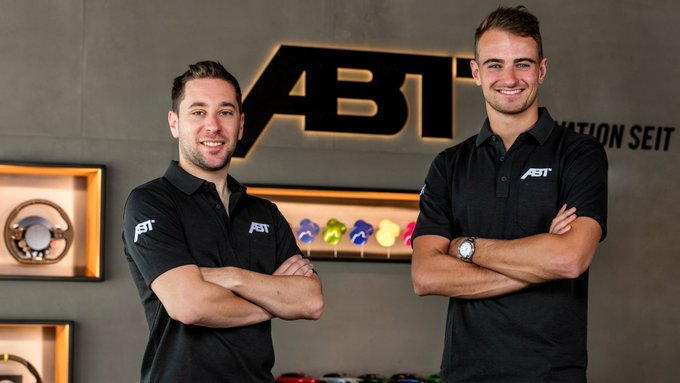 Returning to Formula E for Gen3 ABT announce Robin Frijns and Nico Muller as their season nine drivers.

As the German team return to Formula E after a year out, they took to Twitter today to confirm their driver line-up for 2022/23.

Welcome home! Robin Frijns and Nico Müller to compete for ABT in Formula E

Managing partner of ABT, Hans-Jurgen Abt commented on the move saying “Robin and Nico were our absolute dream team right from the start because they have everything we need for our Formula E comeback: speed, experience and the right spirit if we want to hold our own against the big factory teams in the new season, we need a small and powerful team. And that’s where Robin and Nico fit in perfectly.”

“We know from our years together in the DTM that they are fast, true team players and share ABT’s passion. The fact that they both chose us, despite other tempting offers, shows how important the ABT family is to them and makes us a bit proud.”

Muller has quite a strong relationship with ABT, racing with them in DTM between 2016 and 2020.

He is also no stranger to Formula E as he spent seasons six and seven competing with the Dragon team. All while supporting Audi Sport ABT Schaeffler team as their test and simulator driver.

“Personally, I still have a score to settle with Formula E after my difficult year and a half anyway, and I’m happy to have the chance to settle it together with this team,” commented Muller on his return to Formula E.

Muller went on to add “After our great years together in the DTM, I’m really looking forward to this new chapter with ABT and to my return to Formula E, and then, I’m also racing together with Robin, with whom I simply had a great time on and off the track – I think there are some good ingredients coming together that will put us in a good position for this new challenge.”

Frijns swaps out Envision for ABT going into season nine after spending four years with the British outlet. During his time with Envision, Frijns also raced in DTM with ABT between 2018 and 2020 so he is no stranger to the German team. Before this, he spent his first two seasons in Formula E with Andretti.

Speaking on his move Frijns commented, “I know the ABT team and Nico from the DTM, where we had a great atmosphere in the team and were very successful, that’s exactly how we want to continue in Formula E”

“Of course, it is a big step for all of us and we will have to learn a lot and also quickly. But I have full confidence in the ABT team, which has caused a stir in every racing series in its history. It’s great to be a part of it again.”

Making their return to the sport, ABT have partnered with Mahindra Racing, who will supply the drivetrain to the team for season nine.