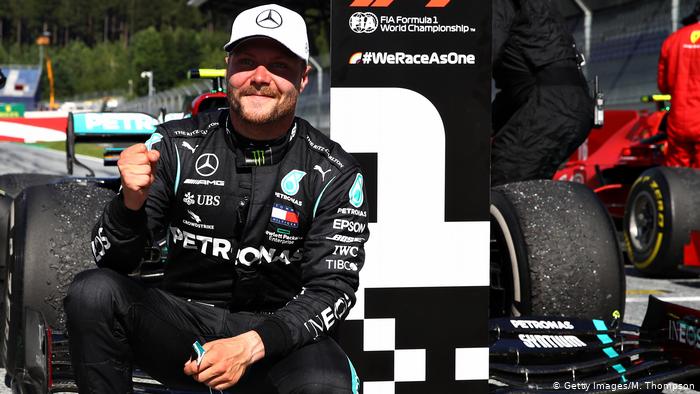 Bottas will “give everything” to beat Hamilton in 2021

Valtteri Bottas has been Lewis Hamilton’s teammate at Mercedes since 2017, in that time he has failed to mount a serious title charge and has never quite matched the racecraft of Lewis. Bottas knows 2021 is a do or die year for him, with George Russell knocking on the door Valtteri needs the season of his life. I am a big Bottas fan, so I believe he can beat Lewis in 2021, but how likely is it really?

Valtteri was in the right place at the right time to get the Mercedes drive when Nico Rosberg suddenly announced his retirement in 2016, and for most of his career, hasn’t had anyone digging at his heels for the drive. The situation is very different at the end of 2021 as both he, Lewis and George are all out of contract, so that’s three people fighting for one seat.

Given the pedigree of Lewis one assumes that should he want to stay, he will. Therefore leaving Bottas in a difficult spot. If Bottas wins the championship in 2021 his seat is likely safe, it would be a poor looking move for Mercedes to fire the reigning world champ, but if he fails to match Lewis, who knows…

“This year I am demanding more from myself than ever,” explained Bottas at the Mercedes W12 launch.“Obviously, not overdoing things. The ultimate goal for me this season is that I can get to the last race in Abu Dhabi and look back and say that I did 100 per cent.

“I did every single thing I could to win the title. That is the ultimate goal for this year. That is going to be the same for all the people around me, whoever I am working with. I will demand as much as I feel like I need to get the support and information I need and maybe that way, I can be a bit more selfish.

“One year of your lifetime, giving everything you have is actually quite a short amount of time. That is the mindset I have and that is including me and the people around me.”

“But what would be more disappointing would be if I look back and realise things where I should have done better or put more effort in. I don’t want to leave any ‘ifs’ or ‘what ifs’ after this year. That is the goal. If I give everything I have, if I maximise myself and the people around me and give everything I have, then there are no regrets,” concluded the Finn.

Bottas had unquestionable bad luck in 2020, if this improves he’s in with a shot. He needs to begin the season strong and open up a gap to Lewis over the first few races to stand himself in good stead as the season progresses. Bahrain is a track which does not typically favour Bottas, so should he get a win there he’s in an excellent position going forward to tracks that he does typically run well at. He has won 9 races in his career up to now, he’ll likely need to win that many races in 2021 alone to have a good shot at glory, but it’s definitely possible. One thing you have to say about Valtteri is that he’s a fighter and does not give up.

I may be bias but I do genuinely believe he can win the championship in 2021, and I’ll be supporting him from my sofa all the way.

What do you think? World champion potential? Let us know on Formulanerds social media!