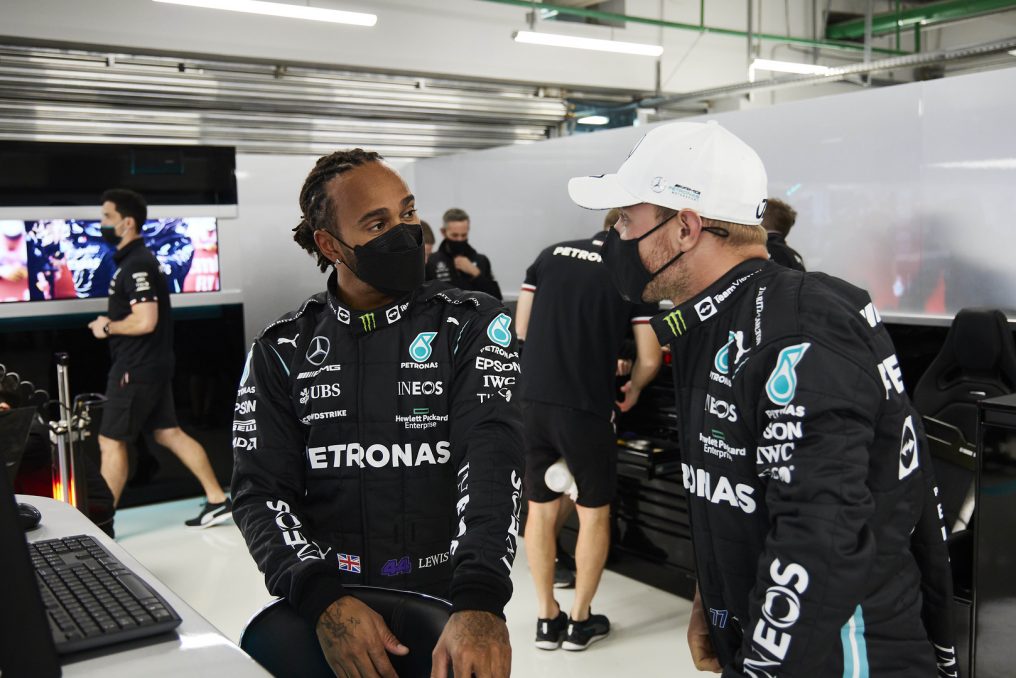 Bottas sets the pace in Sochi in FP1

The Finn is back at the top

In the first practise session for the Russian GP, Valtteri Bottas topped the timing sheet. He set a quick 1m 34.427s, 0.211s ahead of teammate Lewis Hamilton, with Max Verstappen in third.

This session is all about collecting data. With a 98% chance of rain for Saturday and a mixed forecast for Sunday, data collecting in dry conditions is even more important in this first session of the weekend. Most drivers went out early in the session to get as much running as possible. Ferrari soon claimed spots at the top of the timing sheets on softs, with Charles Leclerc running with an upgraded engine this weekend. Mercedes from the get-go showed how much their car is suited to this track, with Bottas and Hamilton battling it out for the fastest lap on hard compound tyres.

As we know, FP1 is more about checking the setup and testing different tyre compounds, before jumping into more long runs later in FP2. With qualifying most likely happening in rainy conditions, more drivers opted to go out on soft tyres early in the session as they won’t be needed as much in other sessions. The second half of the practice saw more teams turning to long runs already, again in preparation for tricky conditions the rest of the weekend.

The midfield was a mix of drivers, with McLaren, AlphaTauri, Alpine and Aston Martin all setting Top 10 worthy times. After the high of Monza two weeks ago, McLaren don’t seem as confident yet with Norris ending in P8 and Monza race winner Ricciardo in P14. AlphaTauri, formerly Toro Rosso, are celebrating their 300th Grand Prix this weekend. Pierre Gasly finished the session strong in P6, with Yuki Tsunoda only down in P16.

In the closing stages of FP1, Verstappen was able to close in on the Mercedes. He was fastest in the middle sector, but couldn’t quite match the pace in the first sector and again in the final part of the track. With just 13 laps, he did the least amount of laps over the hour-long session but showed some good speed. His teammate Sergio Perez once again wasn’t able to match that pace, sitting in P9.

Aston Martin’s Sebastian Vettel had a strong session finishing in P5, with Lance Stroll in P12. Leclerc looked strong throughout the session, ending in P4, but he will start from the back of the grid of course. Carlos Sainz finished in P7.

A steady session in Sochi, with only a short virtual safety car period to clear some debris slowing down the cars. Lando Norris managed to clip the inside of the barriers on his way to the pits, but the damage seemed minor, and the session had already ended.

Mercedes have dominated at the Sochi Autodrome since the track first appeared on the F1 calendar in 2014, but the close title fight this year between Mercedes and Red Bull may provide the spice we need this weekend. And with the rain hanging over our heads, anything is possible. We have never had a wet race in Sochi after all…