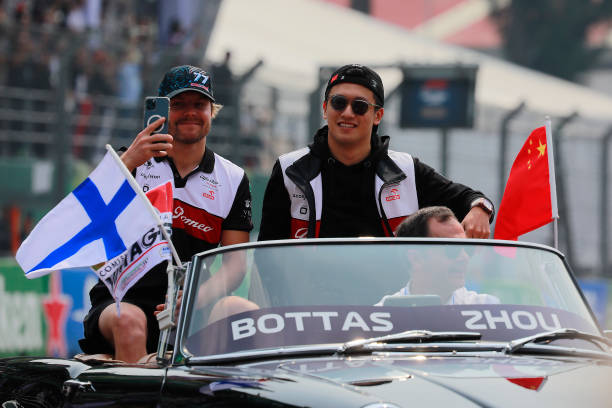 Could we still see Bottas on the grid in four years' time?

Valtteri Bottas revealed that his long-term plans could include sticking with Sauber when they partner with Audi.

Back in August, car manufacturer Audi confirmed that it would enter the world of Formula 1 in 2026 when new engine rules will come into play.

The company will join forces with Sauber following the termination of the current contract with Alfa Romeo.

Despite the team’s current inability to fight for podium finishes, Bottas seems optimistic about his future with the team.

Bottas left Mercedes at the end of the 2021 season after it was announced that he would be replaced by young brit George Russell.

The Finn competed for Mercedes for five years and produced consistently impressive performances. Now, he demonstrates his experience alongside Zhou Guanyu at Alfa Romeo.

The team’s season has been somewhat hit-and-miss; at the start of the season, Bottas finished in the points in six out of eight races.

However, as the year has continued, the performance of the C42 has been lacklustre, to say the least. Bottas’ 10th-place finish in Mexico was the first time he scored points since the Canadian Grand Prix.

Nevertheless, he told Autosport that he is excited about the prospect of Audi supporting the team.

“If you look at the big picture, I think it’s huge. There’s big potential for Sauber with Audi. No doubt they want to succeed in the future. They want to do well and show they’re serious.”

Since Alfa Romeo rejoined F1 in 2019 with Antonio Giovinazzi and Kimi Raikkonen, their best position in the constructors’ standings was eighth.

They are on a far better trajectory this season. The team is currently in sixth, albeit just four points clear of Aston Martin.

Combining the experience Bottas has with Zhou’s youth appears to work, as both drivers show consistent performances when the car allows them to.

At present, the Finn is on a multi-year contract with the Italian manufacturer. He made it clear that he has no plans to retire any time soon.

When asked whether he is hoping to stay with Sauber when Audi joins, he said: “Why not? I’m 33 years old, so I hope that I’m going to be there.”

At 33, he is one of the older racers on the grid, falling in a similar league as Sergio Perez. However, this prospect will not prevent him from sticking around.

Bottas explained: “I think for any driver on the grid, especially for me now being already part of Sauber, it would be very interesting to be part of that project. I definitely think it’s possible.”

Whilst he appears confident about the future, Bottas is nevertheless focused on the team’s current issues. Between them, Bottas and Zhou have suffered 10 DNFs this season.

Disappointing day. Own mistakes hurt the most. On a positive note we had good pace. Still 3 races to go and chances to score more points!

By Jasmine Hughes15 hours ago

“There’s still work to do, no doubt.,” Bottas admitted. “That’s the fact. But it’s not that far, you know, the facilities are there.

“Some facilities, some machinery can be better compared to a championship-winning team. And the amount of people in the team is still a bit less than at least what I saw last year [at Mercedes].

“But with the support of a manufacturer like Audi I see no reason why it wouldn’t be possible.”

According to Bottas, one of the key factors to consider is when Audi plans to start helping Sauber. The deal with Alfa Romeo concludes at the end of 2023, leaving a significant gap before Audi formally enters in 2026.

He said: “Obviously, nothing changes for next year. We’re still with Alfa Romeo. And of course, we hope that we can have a better car than this year.

“But then I think it depends on the support from 2024 onwards.

“If [Audi] are willing to support, if they’re really helping a lot and supporting and if the power unit is good for 2026, which is impossible to predict at the moment, then why not.”