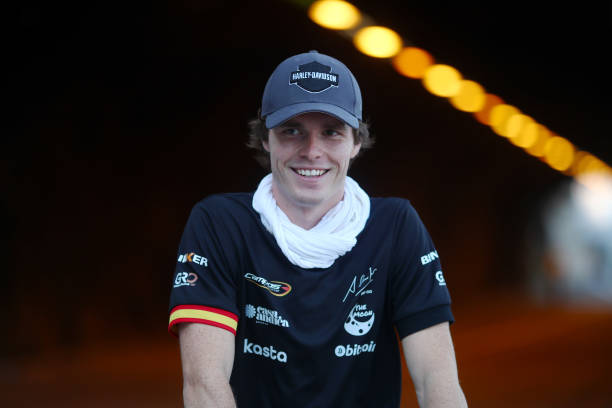 MONTE-CARLO, MONACO - MAY 25: Ralph Boschung of Switzerland and Campos Racing looks on during previews ahead of Round 5:Monte Carlo of the Formula 2 Championship at Circuit de Monaco on May 25, 2022 in Monte-Carlo, Monaco. (Photo by Joe Portlock - Formula 1/Formula Motorsport Limited via Getty Images)

The Campos driver missed two rounds of the championship after an injury.

After missing two rounds of Formula 2 due to an injury, Ralph Boschung has been cleared to race in Baku.

The Campos Racing driver began experiencing neck pain after Imola and withdrew from Round 4 at Barcelona after experiencing pain during free practice.

“I have already set up a recovery plan for the next few days and hopefully I will be able to recover to race in Monaco next weekend,” said Boschung at the time.

He made plans to compete in Monaco, and went so far as completing Free Practice and Qualifying. He was fast enough for sixth place in the first group of Qualifying, which would have put him 11th on the grid.

“My team gave me once again such a great car to drive,” said Boschung after Qualifying. “A car that had the speed for Pole Position today. Unfortunately my health situation has not been getting much better the last two days. I do not feel I am able to push at my full capabilities in order to get the result my team deserves.

“It’s a difficult situation to accept. I want to thank them and my sponsors for the great support.”

Ahead of the Sprint Race, Campos announced that Boschung wouldn’t be taking part. The team’s statement said, “Tomorrow we will see if he is able to be on track and close the weekend in Monaco.”

But Boschung wasn’t able, and withdrew from the Feature Race as well, thus missing a total of four races.

Following the weekend at Monaco, Boschung posted a picture on social media of him on the podium at Imola, captioning it simply “I’ll be back.”

Ahead of Round 6 of the championship Boschung announced that he has been cleared to race in Baku.

His statement said “Following an MRI scan today, I’m very happy to say I will be racing in Baku. I’ve been taken care of by specialists the last few days to treat my injury which was serious and needed proper treatment. There might still be moments of pain but it’s now safe for me to race.”

Boschung has had good pace and consistent results with Campos in the past two seasons, capping it off with a third place in the Feature Race at Imola.

“I just feel that the team and I, we have a really good bond together,” said Boschung. “We seem to understand each other always, and I just feel like I’m a part of this amazing family, and they’re doing such a great job.”

Despite missing four races in the Championship, Boschung still sits just outside the top ten in the standings. Although he’s technically 11th, he has the same number of points as Richard Verschoor in tenth. He’s also only ten points off seventh-placed Enzo Fittipaldi.

There’s still room for Boschung to make his way well up in the standings if he recovers well from his injury and maintains the consistency he’s had so far.