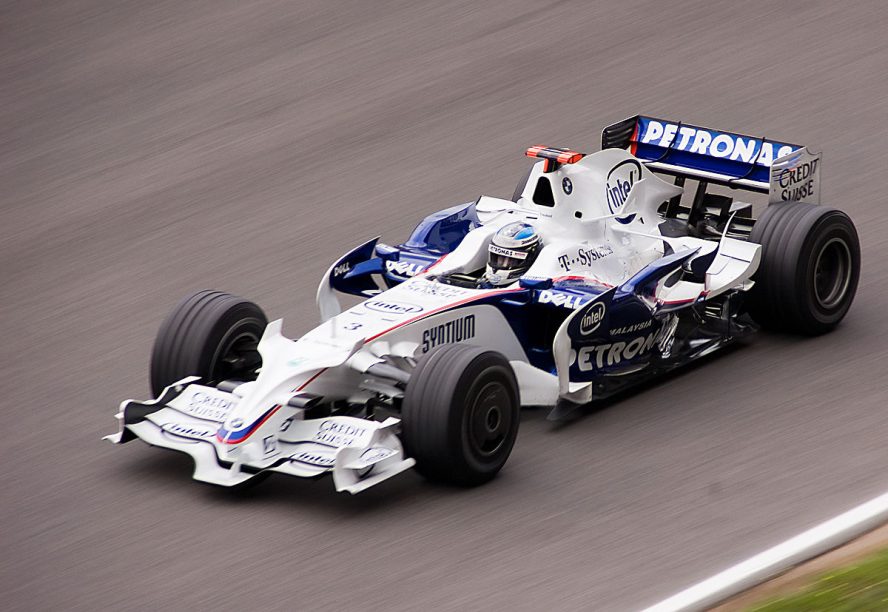 Despite big German manufacturers looking to enter, BMW is not interested.

Renewed engine regulations for 2026 have piqued the interest of multiple manufacturers, but BMW is not interested.

F1 is looking to increase the amount of electric power and e-fuels to the sport. Audi has since announced its entrance in 2026 as an engine manufacturer with the Volkswagen group showing interest. With Mercedes already established in the sport, that just leaves BMW.

However, BMW has made clear that for now they are not interested. Andreas Roos, head of BMW M Motorsport, commented on the situation saying that not being in F1 was “not an issue for us” and that BMW is “definitely not interested at the moment.”

“I think you also have to be realistic. You have a very high investment in Formula 1, and until that comes back, you have to be very successful for a very long time. So we’re happy with the big bouquet of projects we currently have in motorsport.”

BMW has history in the F1 world from the 1980’s as an engine supplier. They also supplied Williams from 2000 till 2005. They officially entered as a constructor themselves with Sauber in 2006 up until 2009. BMW Sauber took P2 in the 2007 World Constructors, and had their one and only victory in the 2008 Canadian Grand Prix. 2009, however, saw their rather quick exit from the sport.

It is safe to say that BMW has a deep-rooted history in F1, and a potential return has been rumored, however, that is not BMW’s focus. Currently, the German manufacturer is focusing on the Le Mans Daytona H. Their target for now is in the Endurance Championship. Roos made this clear by saying:

“LMDh fits perfectly there – and not just in 2026, when Formula 1 goes in this direction. From that point of view, this is the right time for us to do LMDh now.”

Frank van Meel, CEO of BMW M Motorsport GmbH said that BMW does not “do motorsport purely for marketing reasons. We want to derive something for the series and develop together.”

“That’s why LMDh is clearly more important to us than Formula 1. It’s too far away from our series M products, but also too far away in terms of time with the topic of electrification.”

It appears that BMW, as of now, do not have Formula 1 in the cards. However, there is still a lot of time and nothing is set in stone yet.