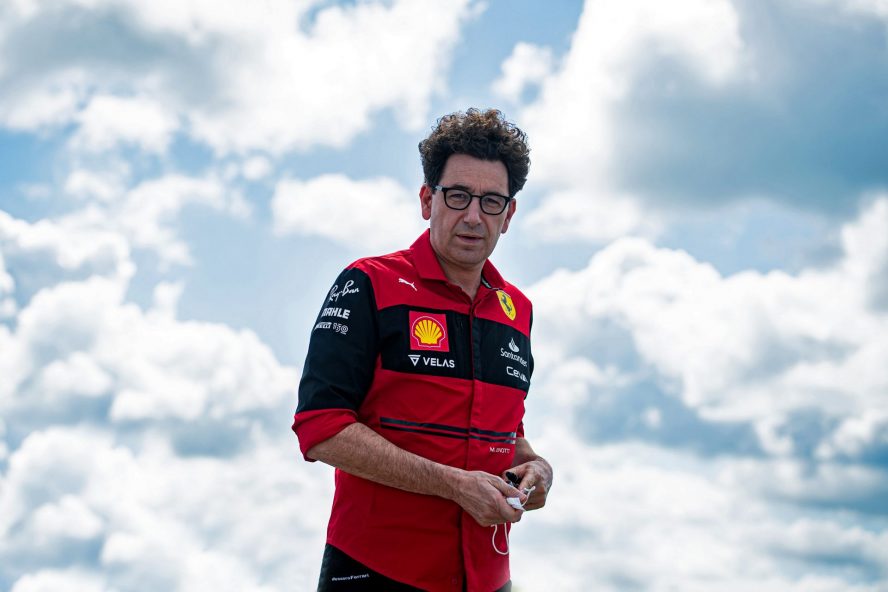 Binotto: “Not the situation for team orders now”

Ferrari Team Principal Mattia Binotto answered critics regarding Maranello’s choice during the British Grand Prix not to favour Charles Leclerc and admitted the team wouldn’t use team orders in the near future, as its drivers are “free to fight”.

Polemics surround once again Mattia Binotto’s management and especially the choice not to explicitly prioritise Charles Leclerc, who is obviously already considered the leading driver at least by the fans. The Italian team principal expressed in the FIA Press Conference the will to think race by race: “At first what we are trying to do every single race is to maximise the team points. There are two championships, and by maximizing the team points, I am pretty sure we are maximizing the drivers’ opportunities by taking points from the opponents.”

Binotto: “It’s the best thing we can do”

“And the opponents should not be Charles for Carlos, Carlos for Charles but certainly Max, Lewis and the others. The fastest car on the track is the one getting prioritized. Certainly, at this time of the championship, it‘s the best thing we can do.”

Moreover, Binotto presented the lack of a situation of the clear advantage of one driver over the other: “If later in the championship, there will be one of the two drivers that got most of the opportunities, certainly we may try to give him full priority. But it is not the situation right now. So we will need to cope with it.”

While Binotto’s aim is obviously to think step by step, many accuse Ferrari of lacking in winning mentality and, even more, to be missing out on the Championship due to the lack of competitiveness. Again the criticism come hard from the Tifosi, noticing Leclerc had, as a matter of fact, a significant advantage not only on his teammate Sainz but also on Championship rival Max Verstappen. Eventually, between mechanical failures and debatable strategy calls, the Monegasque is now only 11 points in front of the Spaniard while the Dutchman is seemingly running away with the Championship.

Binotto: “Whatever we are doing it’s always wrong”

Binotto yet accepts fans will likely not be happy with his decisions: “But still I am pretty happy to see the two drivers fighting. I know that when there are team orders, everybody is blaming us because we should let them fight, and when they are free to fight, we should have team orders. So whatever we are doing it is always wrong.

Remember 20 years ago, here in Austria, to have heard the boo from the grandstand, I was here. Once again what we are trying to do is to maximise the team points, which is the right choice.”

The sprint race in Austria can offer plenty of opportunities to make the Tifosi happy again and will need the best results possible to close the gap to Red Bull, which maintains however the home advantage as well as a Max Verstappen in seemingly perfect form. Can Binotto and Ferrari make things work before the summer break?