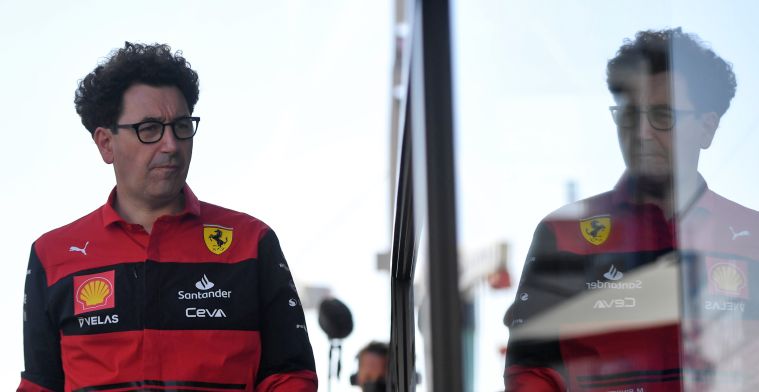 Binotto claims “no consistency in decisions” from Race Directors

Ferrari Team principal calls for improvements in Race Control decisions, and is not alone.

F1 Team Principals have begun to speak about the need for improvements from the Race Directors. Following the controversial conclusion to the 2021 Abu Dhabi Grand Prix, the FIA introduced two new Race Directors.  The new Directors will alternate at events throughout the year.

Eduardo Freitas and Niels Wittich have endured a baptism of fire since taking over. Whilst highly experienced officials neither had prior F1 experience before taking the role.

As the season has progressed, teams and drivers alike have been concerned by the calls coming from Race Control. The Monaco Grand Prix saw the most notable incidents yet.  Concerns over rain delayed the start of the Grand Prix.  The Race Director clarified this was also due to no previous running in wet conditions. Rumours of disagreements in the Race Director’s office over procedures are yet to be proven.

Ferrari then protested an apparent breach of regulation after Max Verstappen crossed the white line when exiting the pits. An investigation post race cleared Verstappen, as well as teammate Sergio Perez who had a similar incident.

Following the race, the Race Director’s notes for the race were confirmed to be from an out-of-date rulebook.  Ferrari Team Principal Mattia Binotto has said he will support the new Race Directors, but has said has been “no consistency in decisions”. Noting experience will come with more time in the role, Binotto has highlighted the need for what he believes is a collaboration between the teams and the Race Directors:

It’s certainly not an easy job,”. “These guys need some more experience — not something which you learn from the very first race.

“Certainly as Ferrari we cannot be happy with everything — often we have been disadvantaged by decisions — but that’s the way it is.

“We understand the difficulty. In order to make them improve, we need to help them as well. I think it has to be a collaboration between the teams and the race directors to make sure they understand and improve as fast as possible, because so far in the season… sometimes there was no consistency in decisions.

🗣 "That's the thing, I didn't cross it! I rode on it, but it was also wet so I naturally drifted that way"#AzerbaijanGP #Autosprort pic.twitter.com/Iv8X02I6CO

Haas Team Principal Guenther Steiner is also supportive of the Directors. He states  they will need “a little bit of time” to improve.

“I’d say after last year, the Abu Dhabi race, the race director is a lot more in the spotlight than the years before,” he said. “Everybody looks at them and every little mistake.

“They are more criticized than before, and it cannot be easy, but we just have to give them a little bit of time, and I think they will get there.

He also commended them for doing what he believes is a “decent job”:

“They came in not having done it as a race director of Formula 1 before. They are doing a decent job.”