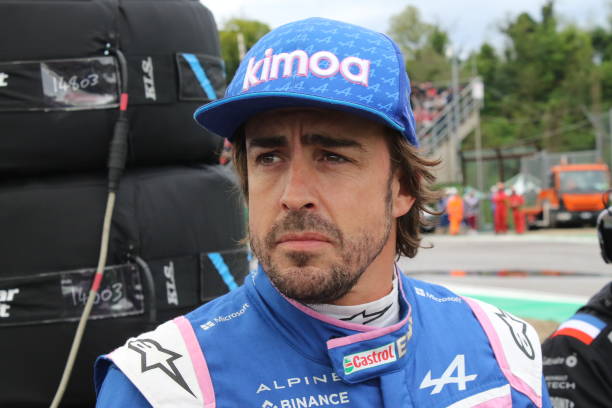 “Better times” to come for Alonso after unfortunate season so far

The Spaniard has not had a great start to the season.

Alpine have commented on Fernando’s Alonso’s string of bad luck in the opening five races.

2022 has not been a great season for Fernando Alonso as he is 16th in the Drivers’ Championship. After five races, he has only managed to achieve two points. His teammate Esteban Ocon has had a more successful season that has placed him ninth in the standings with 24 points.

For Alonso, the opening round in Bahrain was the most successful. He obtained his two points after finishing ninth, which marks the only time so far that he has finished within the points. An unfortunate race in Saudi Arabia meant that Alonso had to retire due to an engine issue.

Australia was no better than Jeddah. During qualifying, Alonso managed to get into Q3 but a hydraulics issue meant he could not set a time in the third session. The Spaniard then finished 17th on the Sunday, at the back of the grid after Max Verstappen and Sebastian Vettel both retired.

This string of bad luck continued into Imola. Alonso had a good run but sadly due to contact with Mick Schumacher, he had to retire his car as bodywork flew off from the side of his Alpine.

Coming into Miami, the Alpine driver was looking to gain points to push him further up in the standings. But the Miami Grand Prix did not go quite how he wanted it to.

During the race, Alonso collided with Pierre Gasly when he tried to overtake the Frenchman going into Turn 1. As a result of this and gaining an advantage by going off-track, Alonso received two time penalties. In the final standings, Alonso was pushed out of the points and finished 11th, two places behind his chequered flag finish.

Otmar Szafnauer has commented on Alonso’s performance and his motivation.

When speaking to RacingNews365.com, the Team Principal said, “I think he’s absolutely fine. He’s still pushing for more, as Fernando does.” He said that Alonso “should have started higher up again” because they “had the pace of a Bottas or a Hamilton in qualifying.”

Szafnauer continued saying the team “need to put it all together for Fernando, and Esteban.” In the Constructors’ Championship, Alpine are currently sixth on 26 points, five points behind Alfa Romeo in fifth.

Szafnauer is optimistic when it comes to the future performance of both drivers. He said that for Alonso:

“It has been frustrating, but there’ll be better times to come.”

Laurent Rossi, CEO of Alpine, has also spoken about Alonso’s performance during the weekend of the Miami Grand Prix. He specifically commented on the penalties his driver received, particularly the one for Alonso leaving the track and gaining an advantage.

Rossi said that this post-race penalty is “disappointing” because it means the team’s “six points at the chequered flag turned into four points and it has cost [them] a deserved double points finish”.

He expressed his thoughts in a social media post and said that he felt “Fernando would have kept his ninth place” if they had been given the “opportunity to explain”. However, there is nothing Alpine can do now.

Rossi has said the team will “go again next weekend in Spain”, which is Alonso’s home race. The CEO is “determined to piece together a much slicker and, a more fair, race weekend and demonstrate the real potential of [their] package.”

The Spanish Grand Prix is Alonso’s home race. After a disappointing and unfortunate string of bad luck in the opening races, he will definitely be looking to score some more points.

If the team can produce a reliable and quick car, partnered with fair racing, we could hopefully see the Spaniard finish in the points.