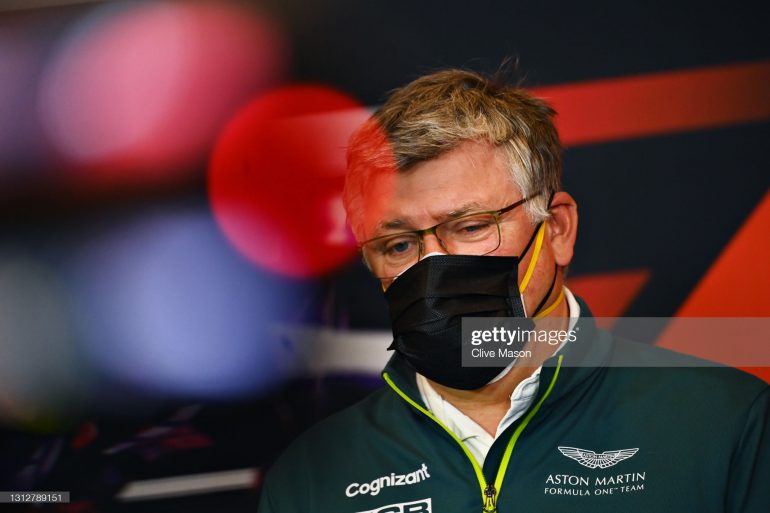 Earlier this week, Aston Martin confirmed the departure of their team principal, Otmar Szafnauer. Since then, rumours have been brewing about a possible move to rival Alpine.

This departure may not had only cost Aston Martin their team principal, less than three months before pre-season testing starts in Bahrain, but it might also cost them their current Technical Head, Andrew Green.

Szafnauer has been working for Aston Martin ever since they raced as Force India under different ownership. Along with Force India, also came BWT in 2017, which forced the mechanics to design a pink car for the team to race with. It has been reported by the French media, Auto Journal Mag, that this sponsor might also be following Szafnauer’s path to Alpine.

BWT has been the main title sponsor ever since Lawrence Stroll took over the Formula One team, but after rebranding with Aston Martin for 2021, the partnership has taken a different turn. The colour of the car was also changed to a metallic green and it did not complement BWT anymore. Furthermore, Cognizant took their place as main sponsor which edged BWT even more.

So far nothing has been confirmed, but it has been evident throughout the season that BWT were not happy with such decisions. CEO Andreas Weissenbacher spoke to Austrian publication Speedweek in 2021 expressing how he knew that Lawrence Stroll understood that this hurt BWT and their CEO.

He further on said, “If the Aston Martin was pink, title sponsor Cognizant would also be happier because the recognition value would be much higher. Business-wise, it was wrong. Historically, the British racing green is certainly understandable for many, but not for me. The Aston Martin doesn’t stand out on TV.

“The pink colour has not only become our trademark but has also acquired a certain elegance. The biggest dissapointment is that I couldn’t convince Lawrence Stroll to pink the Aston Martin. Not out of egotism, but out of pure rationality, because a pink car simply stands out more and has a much greater advertising effect.”