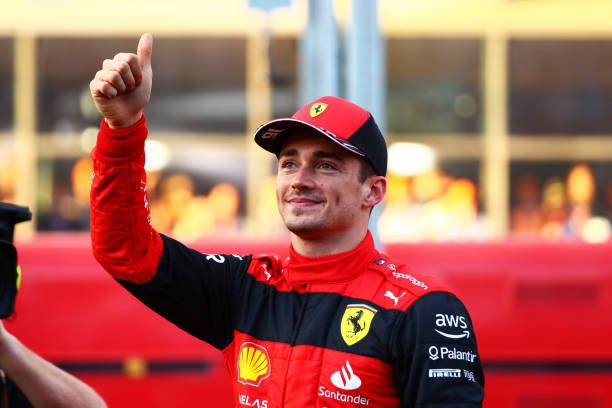 Another Disastrous Home Race To Forget For Charles Leclerc

In the first races of the season, Ferrari and Leclerc showed that they have the material for world champions. But the weekend in Imola – a home race for Ferrari – did not go well.

Carlos Sainz only finished 10th in Qualifying but recovered in the sprint. He started Sunday’s Grand Prix in 4th place.

In the first corners, however, he was pushed into the gravel after contact with McLaren’s Daniel Ricciardo and could not recover from it. It was the second DNF in a row for the Spaniard.

Leclerc, on the other hand, as in previous weeks, drove straight to victory, or at least to a podium finish. In Qualifying, after several red flags, he reached second place and was able to defend it in the sprint.

On Sunday, Leclerc started from the right side of the grid. Already at the start, it was apparent that the whole right side was rather badly off.

After a tussle with Sergio Perez and several pit stops in the changeable weather conditions, Ferrari decided to run Leclerc’s last stint on the soft-compounded tyres. The change should ensure that the Monegasque can bag the point for the fastest race lap.

But then the drama happened on lap 54: In the Alta Variant, Leclerc took the kerb too hard and spun. He touched the wall and had to pit for a new front wing.

He dropped back to 8th place but recovered to 6th.

Still: He was in the hunt to snatch second place from Red Bull’s Sergio Perez. A podium finish would have been sure for Leclerc.

Explanations from the team boss

Mattia Binotto is not angry with his driver for the decision to push hard:

“I think there will never be regret to ask a driver to push. I think that is part of our job, and it’s part of their job trying to drive to the limit. Mistakes can happen.

“I think with this year’s cars, obviously, the cars on the kerbs are a lot more stiffer and somehow, if you make a small mistake, you’re paying for it quite a lot. So no regrets. I think we made the right choice and that is it.”

Besides the mistake Leclerc made, he also had a bad start.

One possible explanation for the wheelspin and hardly any grip that the Ferrari driver suffered is that the grid slot was partially resurfaced.

🚨| Charles Leclerc’s poor start in Imola was possibly due to a bitumen asphalt strip in the second grid slot, which was placed to cover the previous starting line.

This asphalt strip (shown below) became more slippery in the rain, and Charles had no grip at the start. 😞 pic.twitter.com/OZySm4Kxdd

In the photo, you can see that the asphalt strip stands out from the rest. Giorgio Piola, technical expert at Motorsport.com Italy, explained:

“Between the front and rear axles of his Ferrari, there’s a stretch of tarmac that’s terribly slippery in the rain, and I’ve almost fallen off just walking. I can imagine what might happen to Charles because there’s no grip.”

Overall, the signs were initially suitable for Leclerc this weekend. But once again, Formula 1 has proven how quickly success can turn into misfortune.

We will see in Miami whether and how Ferrari will recover.