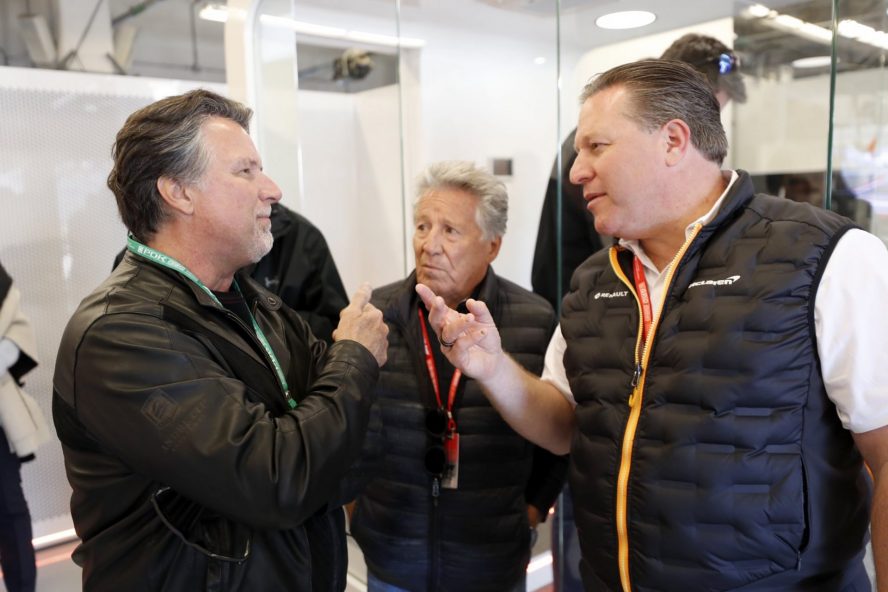 Despite pushback from teams and no response yet from the FIA, Andretti is still acting as though they’ll be joining the Formula 1 grid in 2024.

Mario Andretti spoke to PlanetF1 about the team’s plans, and how they’re still preparing for a Formula 1 entry even though there are a lot of unknowns.

It’s been up and down for Andretti Global, which has been making attempts to join the Formula 1 grid since 2021.

After a plan to buy out Sauber failed, the team applied to add their own entry in early 2022.

But months later, Andretti is no closer to getting their spot on the grid. They’ve faced silence from the FIA and opposition from a number of teams who are reluctant to see the American outfit join the grid.

Even though Andretti hasn’t received any official answers, Mario Andretti revealed that the team is still operating as though they’ll be joining Formula 1 in 2024.

“We’re working every single day on this project, with the intention to be on the grid in 2024,” he said.

“We’re preparing as if we’ve been given the go-ahead. So Michael is on it, and that’s what we expect to do. We’re certainly not giving up. It’s a very serious project for us, and we’re ready to make that investment.

“Honestly, [the reception] has been extremely disappointing, obviously, so far. But, at the same time, we’re just trying to come up with whatever is asked of us, we’re trying to satisfy it – I don’t know what else we can do.”

Even though it’s been a frustrating and disappointing process, the team has still been hard at work. They’re pushing “full speed ahead” towards their hopeful entry into Formula 1.

“We believe in what we’re trying to do, and that’s important. We’re working, working, working, on every possible angle – there are a lot of possibilities that are out there to continue. It’s full speed ahead.”

As mentioned, there has been a lot of opposition to Andretti’s Formula 1 entry, namely from Toto Wolff and Mercedes.

While Wolff has cited doubts over the value Andretti will bring to Formula 1, the main concern seems to be the inevitable dilution of the prize money that would come with an extra team.

“You hear different opinions sometimes, from different teams and so forth,” said Andretti. “And you wonder why there’s some disrespect out there that I don’t know that’s what we deserve.”

“I think we can add to it,” Andretti added about the sport as a whole. “We’re just working toward what we have, and we have every intention to be a part of it.

“[The pushback] is disappointing in that sense, because we’re trying to join Formula 1 for the long term. That’s something we can guarantee. You make this type of an investment – you’re not going to go in and out. I think that there’s something to be said for that.”

The pushback hasn’t stopped Andretti’s level of commitment. The team is still confident that they’ve done everything they can, and they know what they bring to the table.

“I don’t know what the reason is for some of those individuals but, honestly, it’s never easy. We have the will to keep fighting for it because we believe it’s a good thing for us. We want to contribute, the sport has been everything to us for our professional lives and I think we want to be able to contribute and continue to do that.”

Will we see Andretti on the grid in 2024? Mario certainly thinks so, and the passion is there from everyone involved.