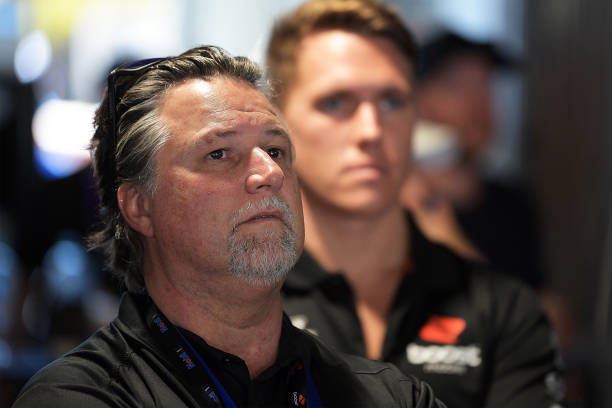 Could Andretti become a powerhouse in the feeder series?

In the face of resistance from figures like Toto Wolff, Michael Andretti is still set on entering not just an F1 team, but also two feeder series teams.

As the son of the 1978 world champion Mario Andretti, Michael has a wealth of experience in motorsport. He himself is statistically one of the most successful drivers in American open-wheel car racing.

Since his retirement from competing in 2003, he has owned the high-achieving Andretti Autosport team. The outfit has won four IndyCar championships and five Indy500 races.

Despite his expertise, Andretti is facing a range of obstacles regarding his F1 entry under the name ‘Andretti Global’.

Wolff recently explained his concerns over what value Andretti would add to the sport, if any. And he is not the only one to express doubts – Guenther Steiner also questioned the financial stability of any new teams.

With time running out to enter for the 2024 season, Mario has taken to going after Wolff.

This needed to be said; it's about time https://t.co/RR3ZUeB9fN

The Mercedes team principal is insistent that a constructor such as Audi would be more worthwhile as an F1 team. There have not been more than 10 teams on the grid since 2014, so any new additions could take some time to adjust to.

The criticism does not seem to be getting to the Andretti family, who recently detailed just how extensive their ambitions are.

As the pinnacle of motorsport, Formula 1 is naturally the main goal. However, it is evident that Michael Andretti recognises the value of the lower formula too.

In an exclusive interview with Motorlat, his father Mario outlined plans to add to the current F2 and F3 grids.

“Michael and the team – and this is clear – they’re committing to field teams in Formula 3 and Formula 2 as well.

“How many major Formula One teams have Formula 3 or Formula 2 teams? Name me one? No, they don’t. We would.

“This is something that was promised and committed to the FIA because Michael has done this on his own. [Andretti Autosport] is basically the only team [from IndyCar] that field [cars] in Indy Lights.

“He has brought up talents right from those ranks, and so there’s another thing that I think is a plus. We’re all in,” he concluded.

He’s not wrong – whilst many teams have junior academies, not one of them owns a team in the lower formula. Becoming involved in the feeder series could offer greater opportunities for young American drivers, and provide a clearer pathway to F1.

Indy Lights is the highest tier in Road to Indy, a program aiming to promote young drivers through the ranks. As they refine their racing skills, they progress through various series until they have the chance to enter IndyCar.

With prize money gifted to the champions of each series, some argue that this system is far more effective and accessible than F1’s support series.

In 2019, Oliver Askew became the Indy Lights champion, racing for Andretti Autosport. Now, he drives for their Formula E team alongside Jake Dennis.

Having also backed drivers such as Colton Herta and Patricio O’Ward, it is undeniable that Andretti’s experience in Indy Lights has been prosperous. Whether this could be transferred over into F2 and F3 is yet to be seen, but the possibility is certainly there.