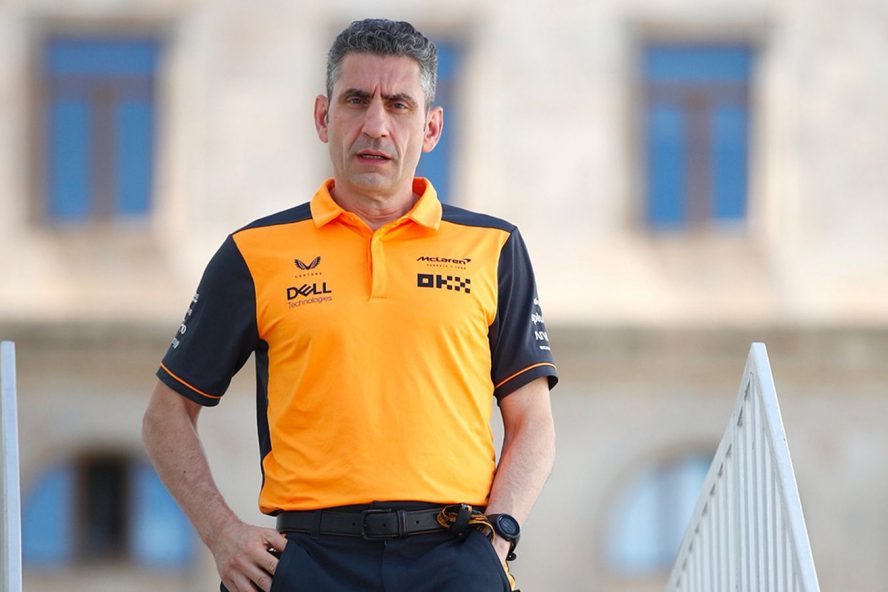 Andrea Stella: Little work until McLaren is at the top

McLaren's former Racing Director has been promoted to Team Principal following the departure of Andreas Seidl, who is now CEO of Sauber Motorsport.

McLaren’s new team principal, Andrea Stella, is “encouraged” by their progress towards the top teams

During the team principals’ edition of silly season last December, it was announced Andreas Seidl will leave McLaren. The papaya team swiftly announced Andrea Stella as his replacement, promoting him from his previous role as their Racing Director.

Before his move to McLaren in 2015, Stella worked for Ferrari. Most notably, Stella worked as Michael Schumacher’s Performance Engineer from 2002 until his retirement. The Italian also worked as Kimi Raikkonen and Fernando Alonso’s Race Engineer during their separate spells with the Scuderia.

Throughout Seidl’s time with McLaren, he helped the team secure eight podiums and one victory. Stella has big shoes to fill, especially as the pressure begins to mount for the papaya team.

“What I would say is we will have caught up by 2024 with all of our infrastructure, most specifically the wind tunnel.”

The McLaren boss admits their “less technically developed wind tunnels” have been “a huge disadvantage” for the team. But Brown remains adamant:

Considering McLaren finished the 2022 season fifth in the constructors’ championship with only one podium, the team has a lot of work to do.

McLaren’s new team principal believes that the team has little work to do before matching the top teams. Whilst discussing the positive aspects of his team, Stella told news24.com:

“According to some metrics, we are now the second or third-best team on pit stops.”

Brown has already highlighted 2024 as a year to see results. A deadline that Stella seems to echo when he stated:

“To become the best, there’s a good one year of work if we take that single part of going racing, for instance.”

He continued, “I would say there is work to do, but not necessarily too much. We are starting to get optimistic and encouraged that we are gradually moving towards the top in that respect.”

Could we see McLaren at the top within a year? And can they challenge for the 2024 championship?