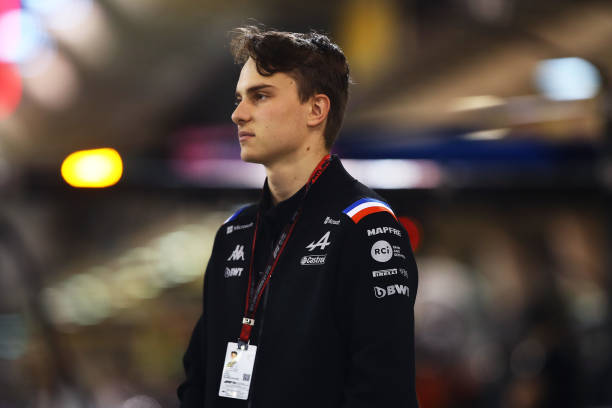 BAHRAIN, BAHRAIN - MARCH 19: Oscar Piastri of Australia, Reserve Driver for the Alpine F1 Team, looks on from the pitlane during the Round 1:Sakhir Sprint Race of the Formula 2 Championship at Bahrain International Circuit on March 19, 2022 in Bahrain, Bahrain. (Photo by Joe Portlock - Formula 1/Formula Motorsport Limited via Getty Images)

After the contract fiasco involving Oscar Piastri, Alpine has gone so far as to consider getting rid of their junior programme altogether.

Alpine CEO Laurent Rossi believes that the Piastri situation leaves a bad mark, both on Alpine and on the sport as a whole. It has left the team reevaluating their options for the future, specifically involving their other junior drivers.

Oscar Piastri was a member of the Alpine junior academy when he won Formula 2 as a rookie in 2021. But after he was left without a seat in Formula 1 for 2022, he started pursuing other options.

He eventually signed a contract with McLaren to replace Daniel Ricciardo for 2023, but that didn’t stop Alpine from announcing the young Australian at their team anyways.

After weeks of debate and a hearing with a Contract Recognition Board, Piastri was confirmed at McLaren.

This debacle left Alpine without a driver for 2023, and a bitter taste in their mouth toward Piastri. They are reportedly considering a number of drivers for 2023, but the team has made it clear that they are not happy with how the situation played out.

“This is not good for the sport,” Rossi said about the whole ordeal. “Beyond our little scratch here at Alpine, I think the sport itself gets scratched a bit.”

“We were the one who got the burn for everyone else. The problem it creates is that it makes the market too fluid a place. That endangers the stakeholders that invest into it.

“If you decide that you’re going to save money every year, by not investing in drivers, and then you just poach them with the money you saved, it’s a different proposition.”

McLaren has just one driver in their junior academy, Ugo Ugochukwu. The American driver is currently competing in British Formula 4, so they don’t currently hold any immediate Formula 1 prospects in their programme.

Rossi has gone so far as to say that they are considering disbanding their entire junior programme in response to what happened with Piastri.

“I’m not sure, therefore I want to continue training their drivers, or I’m gonna have to lock them in with a contract that might not be appealing to them. So how do you solve that?

“Now, we’re really wondering whether or not [to continue] beyond the current batch of drivers that we have and with whom we’re going to honour until the end of the year our obligations as we have multi-year plans with them.

“We wonder if we’re going to take new drivers, because why would we?”

Rossi acknowledged the importance of junior programmes, but ultimately it doesn’t seem like that will stop Alpine if they decide to get rid of theirs.

“This is a part of our history,” he said. “This is the history of motorsport. It’s made from the stakeholders, mostly manufacturers, creating driver programmes. So do we want to change that? Is that too dangerous, is that creating a precedent?

“It is also a value that we have. We believe in drawing young talents in a set of values that is ours, so that when they reach their peak, they already fit very well with us, they click with us.

Of those four, Doohan is the one in the best place to benefit from the Piastri situation. He’s had an up-and-down season in Formula 2, but he’s been quick enough to warrant a shot at a Formula 1 seat.

But Alpine are looking instead to sign AlphaTauri’s Pierre Gasly now that they won’t get Piastri. Between Piastri sneaking out of an Alpine contract and now the team’s likely rejection of Doohan for 2023, they’re not exactly inspiring confidence in their junior drivers.

If Alpine decides to scrap its junior programme, they’ll also lose out on the talents of Martins, the most recent Formula 3 champion.

Losing out on future talents

But it’s not just Alpine’s current junior drivers that would lose out from this action, it’s a host of future young drivers.

The number of young drivers getting promoted to Formula 1 is already abysmally low. These days academy drivers are the only ones with a realistic shot.

Getting rid of an entire junior academy means the overall number of drivers in a Formula 1 academy would decrease, creating a smaller pool of drivers of potential drivers.

Rossi has argued that the Piastri situation has been bad for Formula 1 as a sport. But how will scrapping their driver academy fix that issue?

Of course, Alpine getting rid of their academy could mean they’ll turn their attention to unaffiliated junior drivers. But the fact that they’re not considering a rookie for 2023 means that choice isn’t likely.

Whether or not Alpine keeps their driver academy beyond 2022 will have major ramifications for the sport as a whole, especially for drivers further down the Formula 1 ladder.