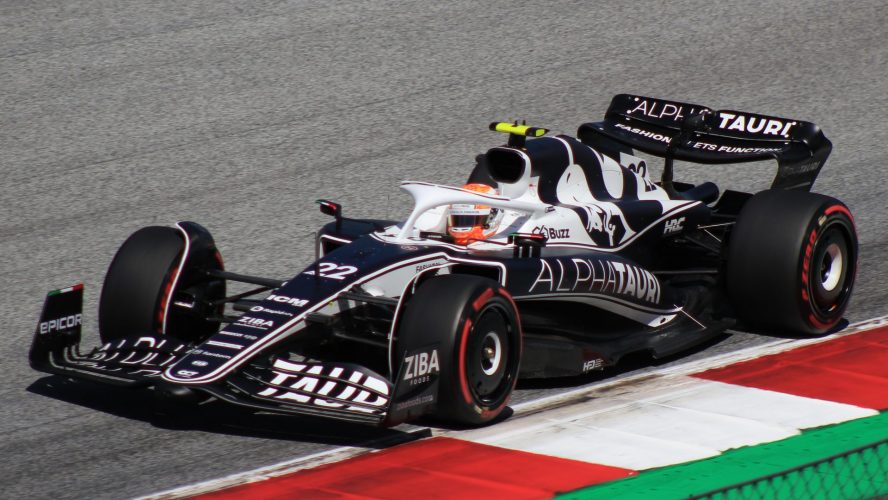 He also explained that the team have hired a psychologist to work with the young driver to try and control his frequent angry outbursts. However, Alpha Tauri’s team principal Franz Tost defended Tsunoda by saying:

“I like problem children because these are the real good children who can make something out of it. I don’t like the holy children.”

The Austrian also stated: “Yuki made a mistake, he knew it and he will work on this.” Tost continued to support his driver by saying:

“He is still in his development process. He is fast. He was also fast this weekend here. And he will do it his way. It takes a little bit of time.”

Despite being called a “problem child”, Tsunoda also received praise from Helmut Marko as he explained:

“We believe in him and his huge potential. When he isn’t under stress, he’s incredibly funny and likeable. Everyone likes Yuki, even if no one can blow their top quite like he does.”

The 22-year-old finds himself in his second season in Formula One, but he seems to be finding life in the sport difficult. Despite this, Tost still believes that Tsunoda can succeed in F1: “If he continues like he did during the season, apart from crashing, I think he has a good chance to stay with us.”

We know they’re close off-track, but the @AlphaTauriF1 pair got a little bit too close on track 😬#BritishGP #F1 pic.twitter.com/VOrNXPbxlv

He also added that:

“It depends on him. If he shows a good performance he will stay, if he doesn’t show a good performance, he is out. Totally easy. You can see the gradient of his learning curve is really going up. He is doing a good job, but he has to get himself under control in certain situations, be more disciplined and then we will see in the second half of the season.”

Marko received criticism from many F1 fans following his controversial “problem child” comment as some believe that the Austrian was too harsh. Tsunoda currently sits in 16th place in the driver standings, only five points behind Pierre Gasly. His best result this season was a controlled seventh place finish at the Emilia Romagna grand prix.

“He’s adapting to Formula 1 and, even though we’ve had a regulation change, the way he was driving the car evolved, even through last year.”

Egginton explained on the Beyond the Grid podcast that the driver has made an impressive recovery after a hard year in the sport.

“At the start of the year (2021), he had some good results out of the box. Everyone was like ‘Oh wow, Yuki is great’. But, like a lot of rookies when you do the analysis, they start well, and then they go through a bit of a purple patch.”

This is not the first time that Tsunoda has used a psychologist. In his Formula 2 days, the driver used a mental health professional throughout his campaign.

“I think, I don’t know, I wouldn’t say it’s working well; I think we have to take a bit more time to understand more better about him, his thinking, and also how it works.”

Tsunoda amassed three victories, four pole positions and seven podium finishes in Formula 2– earning him a third-place trophy in the driver standings. This shows that the driver can compete at the top level and with the help of a psychologist, he may be able to race to his full potential once again for AlphaTauri.