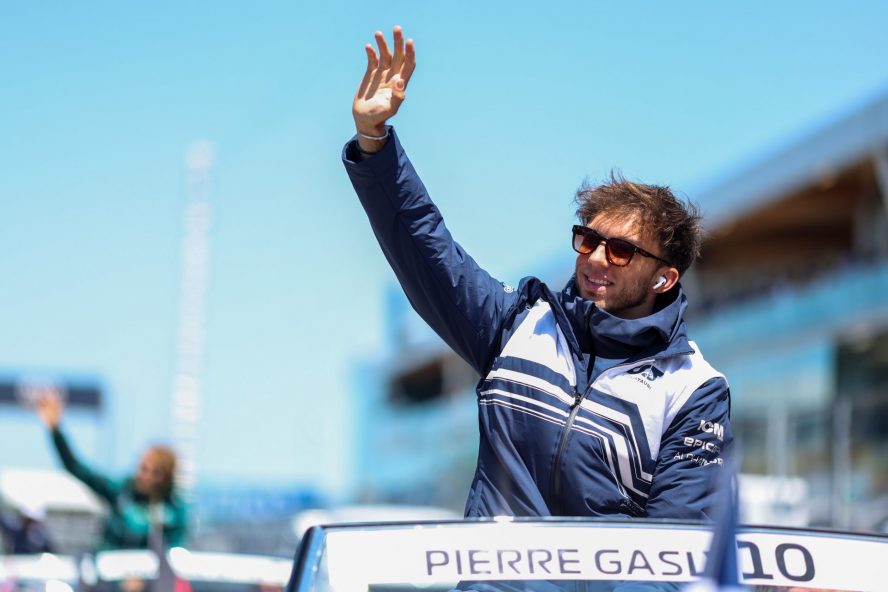 AlphaTauri seem to be keeping things constant for their lineup next year...

After rumours of where the Frenchman could go, AlphaTauri has announced that the team has retained Gasly for 2023.

It was announced this morning that Pierre Gasly is staying with AlphaTauri for the 2023 season. The team stated that Pierre ” will be a great asset” for next season.

What the team have said…

In AlphaTauri’s press release, they comment that retaining Gasly for 2023 was not only a “huge asset” because of his racing ability but also because “he enjoys an excellent working relationship with his group of engineers and everyone in the team”.

The team also mention that:

Pierre is a proven race winner, with three podiums and three fastest race laps and to date, he has scored a total of 325 points in Formula 1. He has also developed a reputation as a very strong qualifier.

Gasly himself has stated his happiness at the contract renewal. After being with the team for 5 years, Pierre said he was “proud of his journey”. He also said he looked forward to work with the team for “18 months”. He hopes the partnership will help the team’s development.

Team Principal Franz Tost echoed Gasly’s sentiment, saying that he was “pleased to confirm Pierre stays with us in 2023”.

“Undoubtedly, Pierre can play a major role in the team having a successful season next year. It will be down to us to provide him with a competitive car, so that he can continue to deliver excellent results.”

Gasly mentioned in his press statement that the new regulations have thrown up new challenges. The ability to stay with the team next year will easily allow both him and the team to conquer such challenges.

Next Season and Beyond

This contract extension will also be a relief to Gasly who hasn’t had the best of starts this season. Last season, Pierre was driving fantastically well. he finished in the points consistently and made a habit of qualifying in the top 6.

This season, the buzz around Pierre hasn’t been there. He’s still been driving well but his teammate has also been performing well. The car also seems much slower than last year. Just last weekend Gasly stated that AT03 was “way too slow” around Montreal.

Retaining Gasly for 2023 will be a relief for AlphaTauri, not just Pierre himself. At the start of this season the rumour mill focused on Gasly. Many stated that he could go to McLaren to swap with Ricciardo. Some even said that Gasly could find his way to Mercedes.

One thing is certain. Gasly will not be in his old Red Bull Seat until 2025 as Sergio Perez is being kept on until the end of 2024.

If it did come to the end of 2023 and Gasly decided to make the move, where would he go?

At the time of writing, McLaren was the most popular answer. Could we see Pierre in Papaya? Possibly.  It wouldn’t be an easy move, however. Many have tipped McLaren Arrows Indy Star, Pato O’Ward to join the McLaren team.

O’Ward has demonstrated incredible driving skills in the IndyCar series and has spent lots of time with the F1 team, including his possible future teammate- Lando Norris.

The McLaren seat is also of interest to Colton Herta. Herta is also an IndyCar star, and a young one at that. Herta was the youngest ever winner of an Indy Race and is making a name for himself. McLaren recently set him up with a test.

At least for now, there is no confusion on where Gasly is staying. When it gets to 2023 it will be more clear on who’s going where.