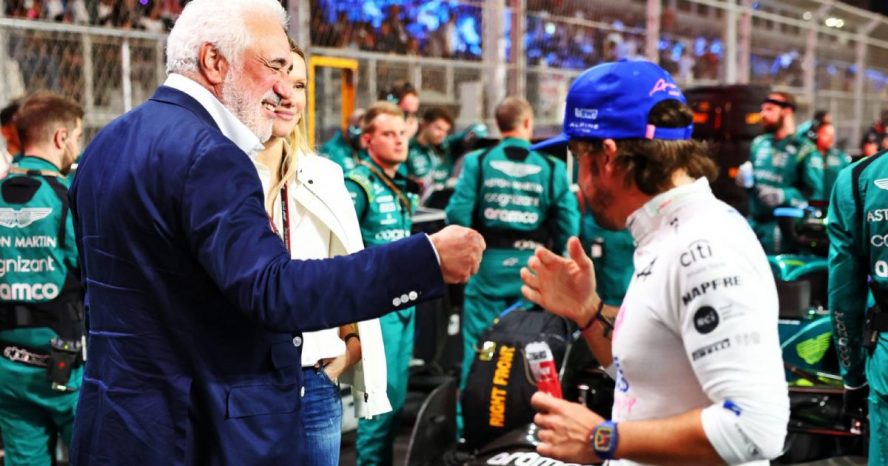 Mike Krack has revealed that Fernando Alonso was the first choice to replace Vettel!

Despite being 41 years old, Fernando Alonso was Aston Martin’s first choice when it came to replacing Vettel for 2023.

In an interview with BBC Sport, Mike Krack has revealed why the team went with Fernando Alonso. He also spoke about the team’s hopes for 2023 and how to get the best out of Alonso and Stroll.

When Fernando Alonso was announced as Aston Martin’s first choice replacement for Sebastian Vettel, many were shocked. Not only because it was a multi-year deal for a 41-year-old but also because Alonso was moving from well-performing Alpine to struggling Aston Martin.

Its believed that Alonso made the move because Alpine would only offer one-year contracts, despite wanting a guaranteed future. Aston Martin were prepared to offer that.

Mike Krack, team principal, told BBC Sport that Fernando Alonso was the first choice due to his experience and speed.

He stated that having speed is a priority in hiring a driver:

“speed – you know where the car is; that’s the first thing”.

He also spoke about having a driver of Fernando’s caliber and with his experience. krack admitted that the experience of Alonso is different to other drivers with experience.

“Fernando has this unique combination of speed, hunger, motivation and experience. For us, it makes the perfect candidate.”

Despite this, Krack and his ‘crack team’ (the pun was definitely intedned) are setting their sights on a future with Alonso.

The team obviously wants to perform better than they have this season and remain positive. However, Krack believes Lawerence Stroll, team owner, is realistic in the future and isn’t placing ‘too much’ pressure on dramatic improvement. He is pardoxically demanding whilst being “patient”.

Although Stroll is “demanding”, Krack admits that he admires his patience.

I admire his patience, honestly. Because success has not come the way he wanted it from the beginning, and the patience he has shown shows he is realistic and understands what he is doing”.

So with Alonso as Aston Martins’s first choice and Aston Martin looking to develop the car for 2023, could they perform better?

Only time will tell. What we do know is that Alonso will be on the grid for the foreseeable future.