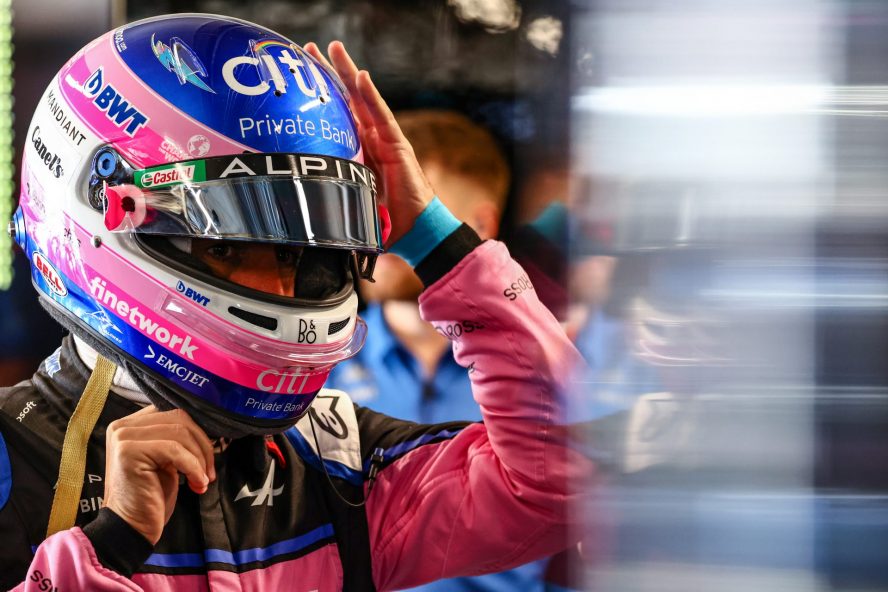 Alonso: “Goal Is To Lead The Race In Lap One”

Fernando Alonso was the true surprise of qualifying in Canada. The Asturian showed a strong pace during all the practice sessions and will start the race at 19 BST from the front row for the first time after ten years. While Alpine’s competitiveness will have to be seen during the actual race, Alonso doesn’t hide the goal to maximize every opportunity.

Fans will see a peculiar front row at the start of the Canadian Grand Prix with Fernando Alonso lining up for the first time ever beside Max Verstappen on the front row. When Leclerc’s penalties and Perez’s crash in qualifying freed spots at the front of the grid, the Asturian proved his class by qualifying second ahead of Ferrari’s Carlos Sainz.

The race will probably be a different story. Championship leader Max Verstappen will try to build his gap from the rest of the field, as the aforementioned Sainz will have a shot at his first victory starting from third. In the back of the grid, Perez and Leclerc will do everything to carve through the field.

Knowing the assumed superiority of Red Bull and Ferrari, Alonso remains realistic, as reported by Autosport: “Realistically, I would say the top five is what we should fight for. We have a very good starting position, but we know our limitations and we saw in many races already that Ferrari or Red Bull starting last or having a puncture in lap one or whatever, they still finish with a good margin in front of us.

So, I think the top four places are locked. Fifth is [therefore] like a win for us and that’s probably the spot that we should aim for.”

The main disadvantage compared to the top teams is a lack of grip and downforce according to the Spaniard: “We’ve been working a lot on the tyre degradation [in dry Friday practice] – also a lot of set-up changes [to try and help with that]. So, I think we are better prepared than any other race so far this year, so let’s finish the job.”

Yet, while the expectations for the race remain realistic, Alonso doesn’t hide that he will try everything during the first lap: “Goal is to lead the race in lap one”

So, Turn 1, maximum attack! And then after that, they [Verstappen and Sainz] can go and they can fight. But it would be nice, sweet, to lead the race.”

On his side, as quoted by Sky Sports F1, Verstappen admitted he won’t overlook the Spaniard at the start: “I used to look at F1 when I was a little kid and see Fernando being up there winning races and championships and putting it on pole. To be sharing the front row is a nice thing. Of course, Fernando is getting a little bit old, but he is still very fast. I know he starts very well, so I have to be ready.”