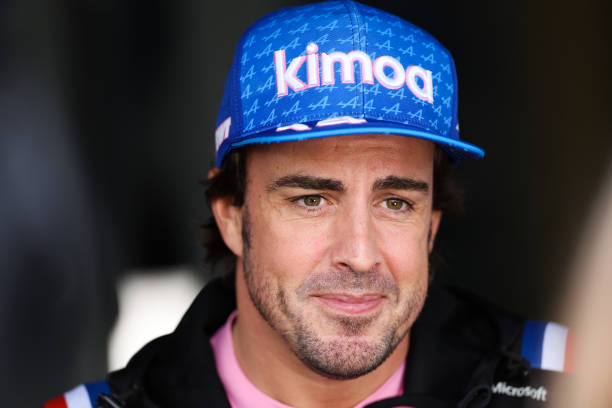 SPIELBERG, AUSTRIA - JULY 07: Fernando Alonso of Alpine F1 and Spain during previews ahead of the F1 Grand Prix of Austria at Red Bull Ring on July 07, 2022 in Spielberg, Austria. (Photo by Peter J Fox/Getty Images)

Alonso: Alpine need to look ahead to 2023 before it’s too late

Fernando Alonso has warned Alpine about the risk of not working on next year’s car as soon as they are able to.

The new cars for this season had the objective of providing closer on-track battles to make more teams get in the mix. Whilst Red Bull and Ferrari have dominated at the front of the field, the midfield has been quite close.

Mercedes are in between the two, ahead of those midfield teams but not quite close enough to the front runners. However, one team, in particular, that has improved from last year and is definitely fighting near the front of the grid is Alpine.

In 2021, Alpine finished fifth in the Constructors’ Standings on 155 points, 120 points behind McLaren. This year, the Enstone-based outfit has 81 points 11 rounds in. But they are joint fourth in the standings with McLaren, who are also on 81 points. Alpine also have both drivers inside the top 10 in the Drivers’ Championship, despite not always having the best of luck.

Whilst Alpine are battling with McLaren for fourth, they have been advised to look ahead long-term. Fernando Alonso has told his team that they shouldn’t wait too long before turning their focus to 2023, as reported by AutoSport.

Alonso’s advise comes after Mercedes have turned their season around, with Lewis Hamilton scoring a podium in the last three races. The Spaniard has suggested that it would be best for Alpine to not let any opportunity to achieve race wins pass by. However, he knows it is not “going to be that easy.” He noted that:

“For [Alpine], it’s more a medium/long-term programme when we try to improve as much as they did. So I think, for us, it’s a matter of starting next year’s car soon enough that we don’t compromise the next project.”

Alonso continued highlighting the difference between the “big teams” and “other teams”. He said that the big teams “can start next year’s car and at the same time, in parallel, keep improving this year’s car.” For teams like Alpine, however, “this is more of a challenge.”

Alpine’s Comments about the Current Car

Whilst he has urged the team to focus on next season soon, Alonso has praised the work they’ve done on the current A522. He said that he doesn’t think Alpine “have a weak point in the car that we need to solve, but there are areas to improve everywhere.”

He pointed out that he feels the team are “a little bit down on some corners”. As a result, “slow speed corners” are not a strength at the moment.

Ocon admitted the team are “very happy to see that” the upgrade package Alpine introduced at the British Grand Prix “made quite a difference.” He added that he hopes the “next ones are going to be as big”, because Alpine “still have work to do to be able to perform against Mercedes.”

The next round sees Formula 1 head to Le Castellet for the French Grand Prix. Last year, Alpine only managed to get one driver in the top 10. Alonso finished eighth whilst Ocon finished 14th. But based on their performances this year, we could see an improvement from both drivers, if reliability issues don’t come into play.