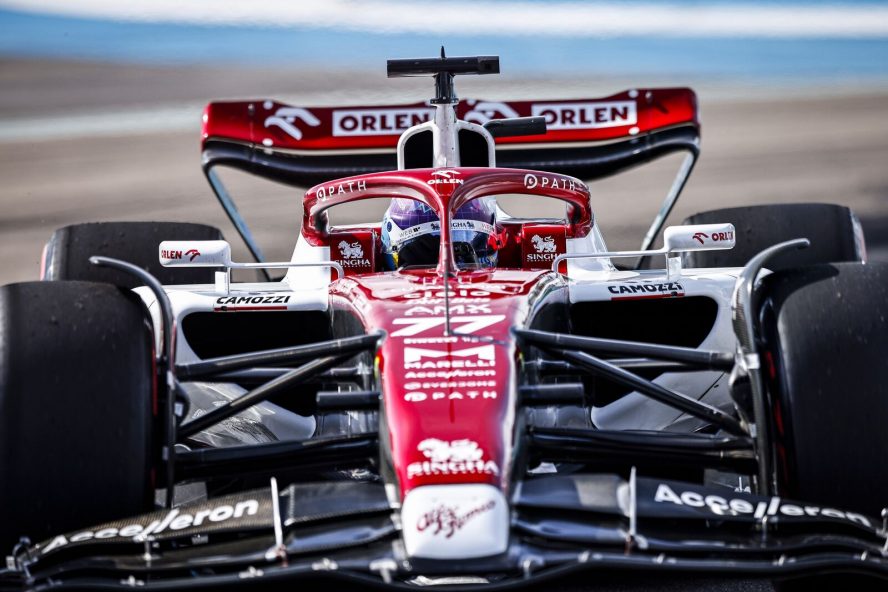 The Miami Grand Prix, despite having a very competitive midfield, had a predictable top 6 finishers. The best of the rest was Valtteri Bottas who cam in P7. This finishing position, however, was seen as a dissapointment.

In the first five races of the 2022 F1 season, Alfa Romeo has found itself in P5 in the Constructor Standings. The team has already racked up a 31-point total which is over double what they got last season.

This could be down to the fresh new driver lineup of Valtteri Bottas and rookie Guanyu Zhou (who scored points in his first-ever race!). It could also be due to Alfa Romeo creating a much better car under the new regulations. It also could be a combination of a number of things. Whichever way, something is working for them.

Alfa Romeo’s progress has certainly been positive. The team seem to be improving and the momentum is certainly upwards. Team Principal, Frédéric Vasseur stating that:

The direction we are headed, however, is clear and it’s positive. We know we can be competitive every weekend and we aim to keep fighting to achieve more success in the next rounds.”

After a stellar weekend in Miami, Bottas looked to have a comfortable P5 finish after driving a pretty uneventful race. However, in the midst of the Mercedes teammate battle, Bottas made a mistake and fell back to P7.

Last year Alfa Romeo would have been delighted at a P7 finish, yet this weekend, P7 was somewhat of a disappointment. Vasseur says that is a positive thing. the fact that the team was disappointed underlines the leaps and bounds they have made since 2021.

It shows how much progress we have made this year that we’re actually a bit disappointed with P7 – which is a really good result in itself.” – Vasseur

Bottas had also stated that he is pleased with how the weekend went for him. When discussing the drop from P5 to P7, Valtteri Bottas believed that the safety car neutralised the race and subsequently removed his gap in front.

By Samuel Coop9 hours ago

I was managing the gap over Lewis [Hamilton] and P5 would have been possible, but once the race was neutralised, the gap was gone and George [Russell] was on fresh tyres behind us, so keeping this place would have been difficult”. – Bottas

After an unfortunate qualifying from Zhou, where he appeared to have his flying lap impeded by slow-moving cars, his race didn’t go much better.

The team ended up retiring Zhou’s car in the opening laps. Zhou has said that despite it being a short race, it was a positive one.

My short race wasn’t bad, I was three places up from where I started when I retired and I felt the car was really good.”- Zhou

The team seems to be taking the disappointment with a pinch of salt and using the weekend as a lesson for the future rather than something to worry about. Both drivers and Team Principal seem excited about the season with Zhou saying he wants to “turn it around” and Bottas saying “we will stay in this fight”.