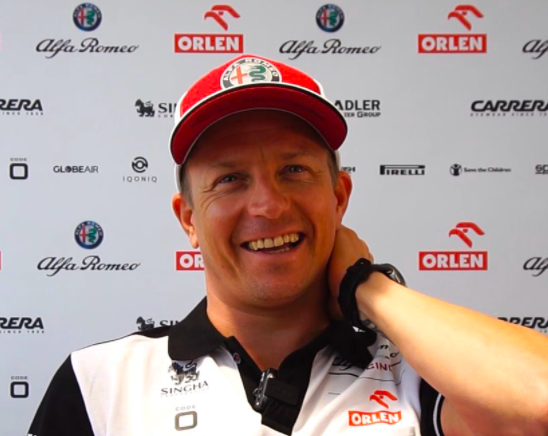 After Räikkönen raced for 19 seasons, Alfa Romeo expressed gratitude to the legendary driver.

As one of the most experienced drivers currently on the grid, he will definitely be missed on the track.

Alfa Romeo Racing ORLEN released in a statement, “Alfa Romeo Racing ORLEN would like to express all its gratitude to Kimi for the incredible seasons spent together in these two stints; for the work ethic, the passion for racing, the determination to succeed he displayed from his first test in Fiorano to last week’s session debriefs; and for being a unique character, always true to himself – something that endeared him to everyone who worked with and for him.”

The team told the world, “The team wishes Kimi all the best for an incredibly well-deserved retirement, in the knowledge that he and his family will greatly enjoy his presence at home after the final chequered flag in Abu Dhabi. In the meantime, we are looking forward to a successful conclusion of the 2021 season together, to bring such an illustrious career to the ending it deserves.”

Frédéric Vasseur, Alfa Romeo Racing ORLEN team principal said, “There isn’t any driver out there like Kimi Räikkönen. His presence, his charisma, and his unique attitude, matched with the innate skill that made this team give him a chance back in 2001, have made him a legend of our sport in a way which numbers and statistics struggle to convey. It was a pleasure to work with him in these years and I believe I speak on behalf of everyone at Alfa Romeo Racing ORLEN, from the shop floor in Hinwil to the garage here in Zandvoort, when I say a driver like Kimi has written some indelible pages of our team’s, and our sport’s, history.”

Then Räikkönen’s teammate, Antonio Giovinazzi shared a post in Italian and in English on Twitter, “In the history of F1 you left a mark that few others have. I’ll always be grateful for having had the privilege of being your teammate. Thank you, Maestro.”