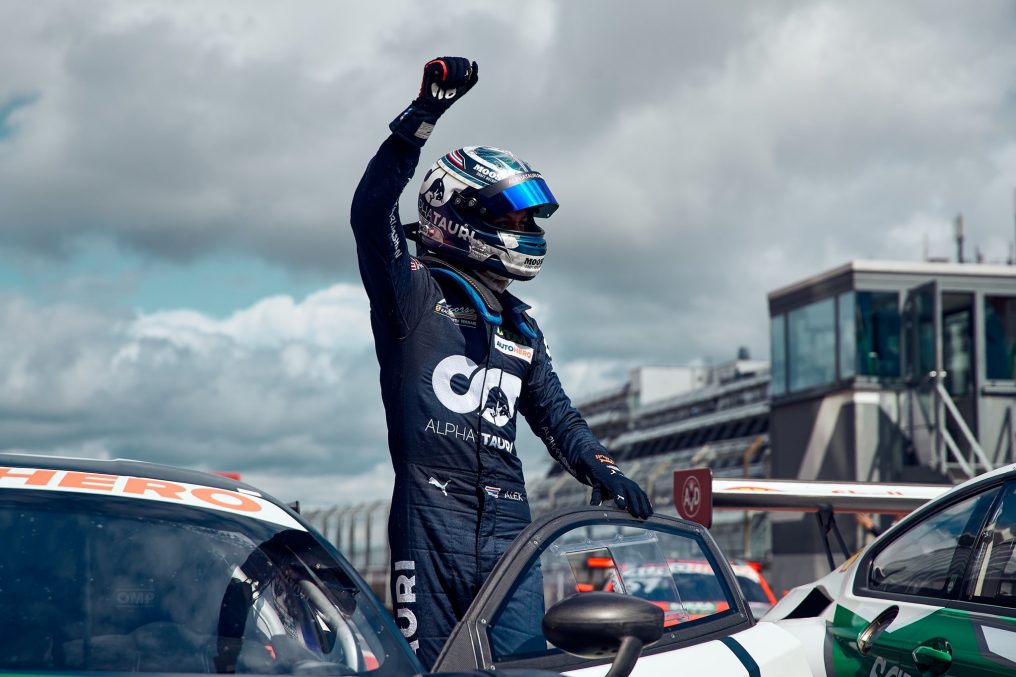 Alexander Albon’s Triumph at the Nürburgring

Red Bull’s reserve Formula 1 driver, Alexander Albon, scored his maiden victory in DTM at the Nürburgring, also marking the second victory for Ferrari in the history of the series.

The Thai driver who was replaced by Sergio Perez in F1 at the end of last year’s 2020 season, Albon joined the series this year alongside fellow Red Bull junior driver, Liam Lawson, in the Ferrari 488 GT3 Evo 2020s with AF Corse – an Alpha Tauri and Ferrari team.

After taking his maiden pole position earlier that morning, Albon dominated the race and stayed out of harm’s way to take his maiden victory with the team. This win has now moved Albon up to fourth in the Championship on 82 points. Fellow Red Bull driver Liam Lawson is fifth with 80 points.

Kelvin Van Der Linde currently leads the Championship by 129 points, followed by Maximilian Götz with 96 points and Marco Wittman on 94.

After the race today, Albon was thrilled with today’s result: “Today, that was a really good day for my team and for myself.

“The team has been working hard overnight and that paid off. Today, we have made a step forward, we want to carry over this momentum.”

AF Corse has become the first team to have won races with both drivers this year. 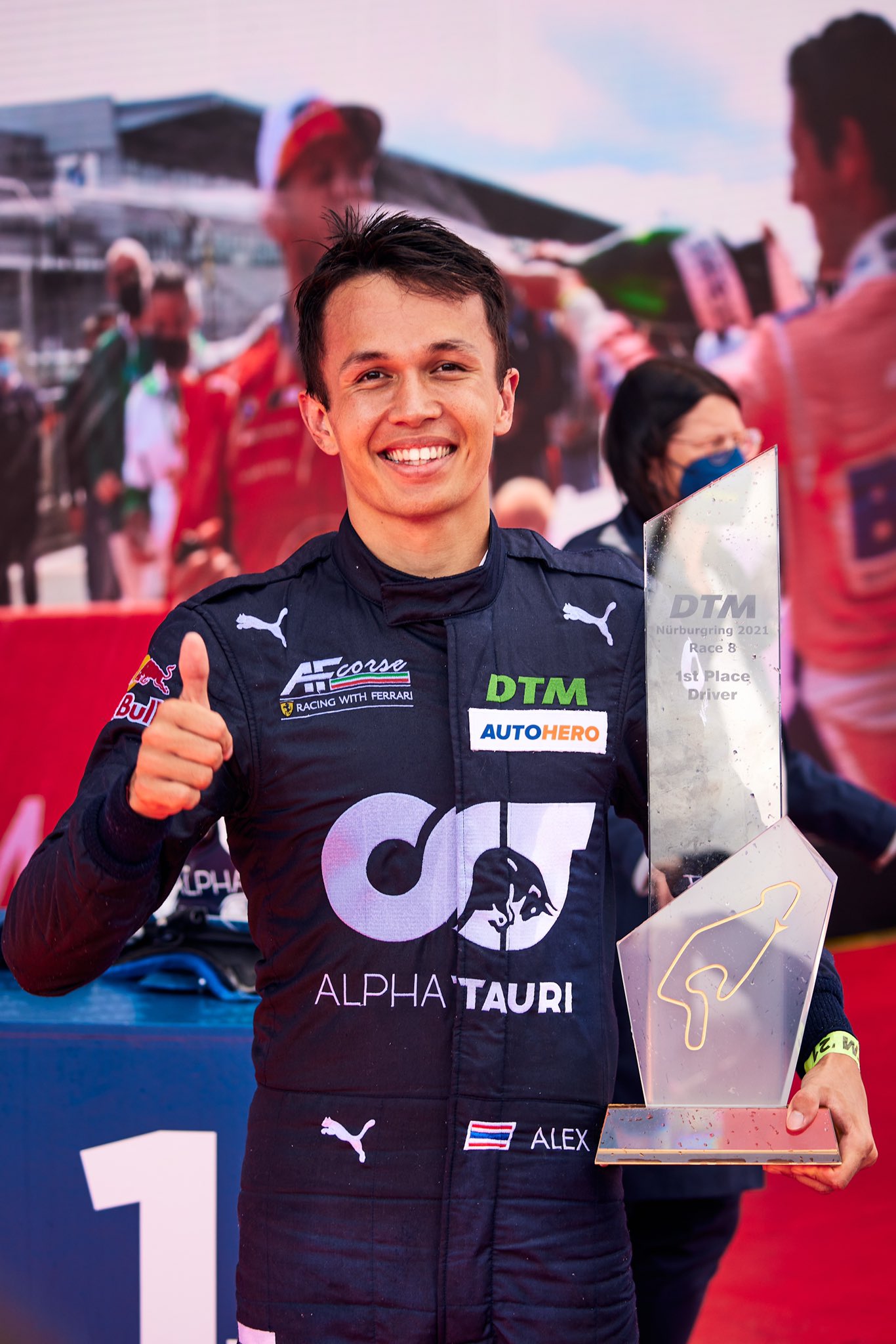 The rest of the race saw chaos with nine drivers retiring out of the 23 drivers starting on the grid.

These included championship leader Kelvin van der Linde, his Audi Abt Sportsline teammate Mike Rockenfeller, and Liam Lawson, who were all involved in the same incident after a safety car restart midway into the race.

The rest of the podium was made up by Spanish driver, Daniel Juncadella in second with Mercedes-AMG and German driver, Marco Wittman for BMW.

The next round of DTM will be in a fortnight’s time at the Red Bull Ring in Austria, the home of Red Bull – a track Albon would definitely want to do well in.

Could this be the start of Albon’s success? And will this give him more momentum to gain a seat back in F1?