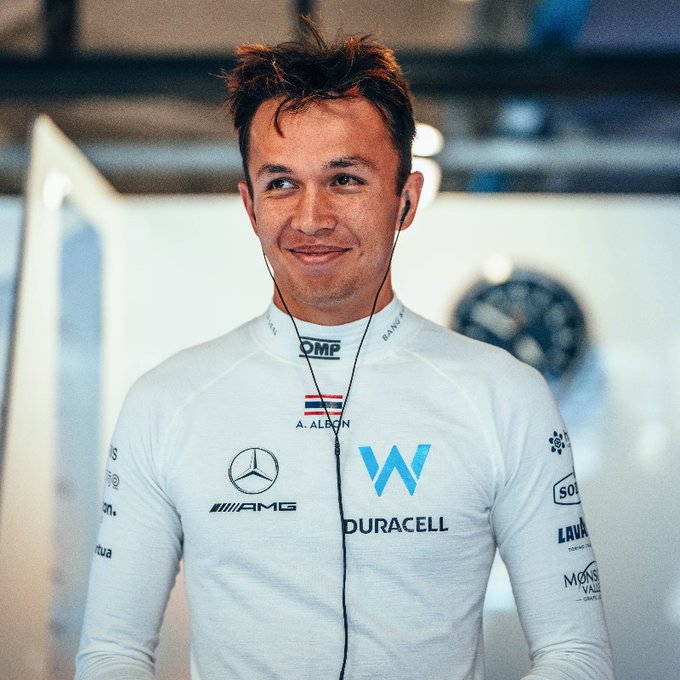 The Williams driver missed the Italian GP due to appendicitis

Williams has issued an update on the progress of Alex Albon following his appendicitis operation.  Complications followed post-surgery.

Alex Albon issued a Social Media statement after the news broke that he would miss the Italian GP due to a confirmed case of appendicitis. Joking that he would get “cool scars”, Nyck De Vries replaced Albon from Saturday onwards. De Vries performed admirably in Albon’s FW44, and Albon will no doubt be pleased his car took home two points on race day.

The team chose not to reveal any further detail for the rest of the weekend after De Vries was confirmed. On Monday afternoon, the team gave a statement on Albon’s treatment and his condition. Williams confirmed that although the operation was a success, complications rose following surgery. This led to him experiencing respiratory failure while recovering.  Whilst “Post-operative anaesthetic complications”  can happen after a surgery such as Albon’s, a complication as severe as respiratory failure is rare.

Following action by the medical team, he was transferred to intensive care  and was placed on mechanical ventilation.  Williams also confirmed he is thankfully off ventilation after an overnight stay in the intensive care unit at San Gerado hospital. Incredibly, his recovery from respiratory failure was so fast, that he is expected to leave the hospital tomorrow. Equally impressive is his target of returning to racing at the Singapore Grand Prix on October 2nd.

Williams also confirmed in their statement that no further complications occurred after Alex experienced respiratory failure. The statement also said Albon thanked the various teams that assisted Albon throughout his treatment.  The full statement reads:

“Further to Alex Albon’s diagnosis of appendicitis on the morning of Saturday 10 September, he was admitted to San Gerardo hospital for treatment. He underwent a successful laparoscopic surgery on Saturday lunchtime.

Following surgery, Alex suffered with unexpected post-operative anaesthetic complications which led to respiratory failure, a known but uncommon complication. He was re-intubated and transferred to intensive care for support.

He made excellent progress overnight and was able to be removed from mechanical ventilation yesterday morning. He has now been transferred to a general ward and is expected to return home tomorrow. There were no other complications.

Alex’s full focus is on recovery and preparation ahead of the Singapore Grand Prix later this month.

Alex would like to thank the excellent care and support he has received, including from the nursing, anaesthetic and ICU teams at Osperdale San Gerardo – ASST Monza, the FIA medical team, his Performance Coach Patrick Harding, the Williams Racing team and Dr Luke Bennett from HINTSA Performance”

Williams has placed De Vries on standby for the Singapore Grand Prix. This is to cover if Albon’s recovery takes longer than anticipated, given the severity of his operation complications.