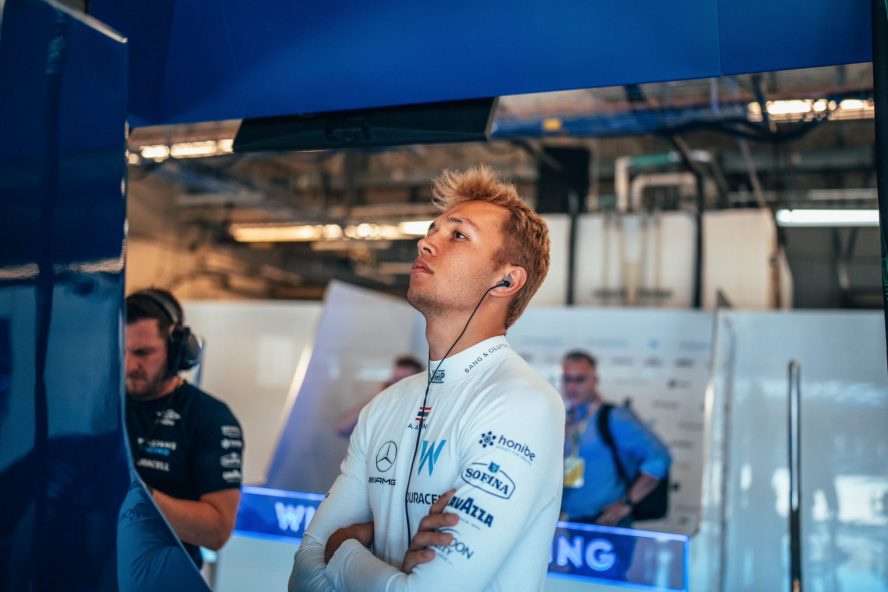 Williams driver reveals his thoughts on Abu Dhabi performance, and reflects on a tough year for the Grove marque

Alex Albon has spoken of his surprise at his pace at the start of the finale in Abu Dhabi. Starting on the back row, he carved his Williams through the lower field in the opening laps. Albon has now revealed why he lost places later in the race.

The FW44 had not proven competitive on Saturday. A difficult qualifying saw Albon start P19, his teammate Nicholas Latifi joining him at the back of the grid.  Albon prepared for a difficult and lonely afternoon at the office.

At lights out, Albon found his FW44 suddenly had pace, overtaking competitors during the opening stint. Starting on the medium tyres, The Williams driver found himself in P16 at the end of lap 2.  More importantly, able to compete with those around him. Such was his pace, he could have easily moved further forward.

Speaking to formula1.com, Albon joked that his initial reaction in the car was “this isn’t normal!”, before revealing that his tyres began to quickly degrade once his tyres began to lose performance. This led to him needing to pit far earlier than expected: “First few laps we got past maybe four or five cars and I thought ‘hang on a minute, this isn’t normal! It was great, we were good. There was always that moment in the race where we kept hitting a degradation point so it was almost like we’d do 15 laps and then have a loss in performance, so we were forced to pit quite early”.

This did not stop Albon however, as he still proved to be competitive despite his early pit stops. The issue of degradation-induced performance loss came back to hurt him and Williams again. After his second pit stop,  Albon’s pace dropped off again in the closing stages, resulting in a P13 finish. Despite the challenges, Albon is pleased with the performance of Williams this season. “We did fall short at the end finishing on worn tyres, but I think starting P19 and finishing P13 is a good job, so I’m really happy.”

Stating “we haven’t had the easiest car to drive, which is no secret” when speaking about the FW44, he believes Williams has taken all opportunities to score points. He also believes the challenges posed by the FW44 have put the team on a strong footing for developing next year’s car: “This year has been a massive team effort and we’ve done our best in maximising the car”:

We haven’t had the easiest car to drive which is no secret but I’m really proud of everyone.

“We know our weaknesses and we’ve maximised our opportunities when we were struggling, and when the car was in a decent window, that’s when we scored points. This puts us in a good place for when we have a better car next year.”

Teammate Nicolas Latifi meanwhile has now bowed out of the sport, after enduring a challenging final race. The Canadian retired in the closing stages with an electrical issue,  after earlier spinning off due to the Haas of Mick Schumacher colliding with his FW44.