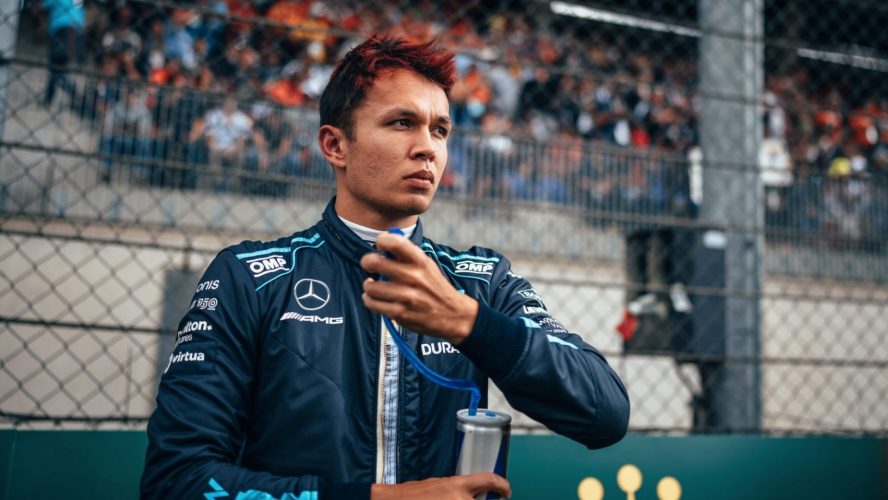 He last race at Singapore with Red Bull in 2019

Williams’ Alex Albon says he is as ready as he can be for the Singapore Grand Prix. Albon was hospitalized prior to the Italian Grand Prix with appendicitis that stretched into respiratory failure.

Albon’s appendicitis surgery took a turn for the worse after it was revealed that he later suffered from anesthetic complications. It resulted in respiratory failure, and Albon was moved into the ICU to stabilize before going back to the UK.

The internet flooded with kind messages for Albon and his speedy recovery, to which he stated:

“I’d just like to thank everyone for all their messages and support over the Italian Grand Prix weekend.”

The good memories from the last time Albon raced at Marina Bay Circuit are sure to amplify his excitement this time around. Though it is not an easy circuit, especially after the recent medical procedure he’s had, it is clear he will give his all.

Singapore will be one of the hardest races for him and the Williams this year. Physically, the track is draining and Albon comments saying:

“My preparation for Singapore has been a little different than normal but I’m feeling good and I’ve done everything possible to get ready for one of the most physical races on the calendar.”

“I am not underestimating how big of a challenge this is going to be, but I am looking forward to hitting the track on Friday and getting back driving.”

“It’s a great street circuit and the closest race to home for me in Thailand, so I’m really excited to be here and to see the fans that have turned out.”

The Marina Bay Circuit is not a walk in the park. The physicality required by the drivers is intense. The street circuit in its nature is high-speed with 23 corners and a bumpy track. Since race requirements specify 305 kilometers for each race, it adds to the pressure on the car itself. Taking 23 corners at high speeds in each lap is a lot. Not mentioning the heat, despite it being a night race, that adds another element of difficulty for the drivers.

However, with its difficulties, the Singapore GP holds a special place in Formula 1. It was where F1’s first night race was held in 2008. Since it’s been three years since the last time they went racing in Singapore, it will be a spectacle to watch.