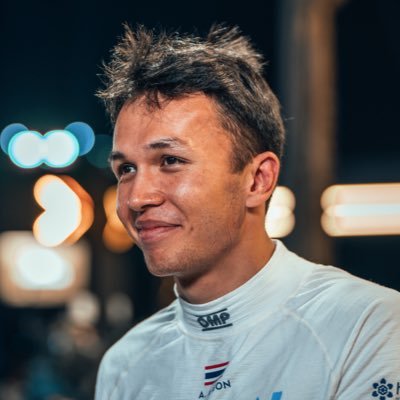 Thai driver is "aiming high" for his F1 return

Alex Albon has broken his silence on his recovery since being released from hospital. The Williams driver suffered respiratory failure after appendicitis surgery.

After an appendicitis diagnosis, Albon’s race weekend at Monza took an unexpected turn.  Forced to miss the event due to needing crucial surgery, he was substituted by Nyck de Vries.  De Vries’s outstanding performance has left him in the running for a 2023 seat, with AlphaTauri, Alpine and Williams as possible destinations.

Following his operation, Albon has given an update on his recovery. In a statement released a week ago, Williams described a scare that saw Albon suffer “unexpected post-operative anaesthetic complications which led to respiratory failure”. Immediately transferred to intensive care, his condition stabilised before being released from hospital on Tuesday.

Via a video posted to all of his social media accounts and formula1.com, he describes his post-surgery scare as a “slight issue”. The Thai-born driver also said he is starting to become more mobile since returning home to begin his recovery.

Albon says his focus is to be ready for the Singapore GP in two weeks. However, he is under no illusions about the challenges he faces to race at Marina Bay. Admitting returning for the night race “is going to be tough”, he is “aiming high”, but could offer no guarantee racing at Singapore was achievable. Thanking his fans at the end of the video, Albon said:

“I feel pretty good, I feel okay,” said Albon, in a video posted on his social media accounts. “Obviously on Saturday I had a slight issue and the doctors did an amazing job, and I’m very grateful that they got me in good health and out of the hospital by Tuesday.

“I’ve been in Monaco since then, I’ve been starting to walk around. The goal is to be ready by Singapore, which is going to be tough; it’s one of the toughest races that we go to, so not an easy one, but let’s aim high and see what happens.

“And just a quick message to say thank you for all the kind messages,” he added. “I’ve been reading them all – or as many as I can, and it means a lot. Thanks, hopefully see you in Singapore and peace out.”

Formula E: Porsche hope to keep momentum going with a win in Diriyah

The Williams driver finished P6 in his first and only race so far at Singapore.  De Vries’s strong performance in Monza will motivate Albon to attempt a repeat result this season or go one better.

Thank you everyone for all the support! Looking forward to getting back out there and preparing for Singapore 💪 😅 pic.twitter.com/B4S7fltmLa