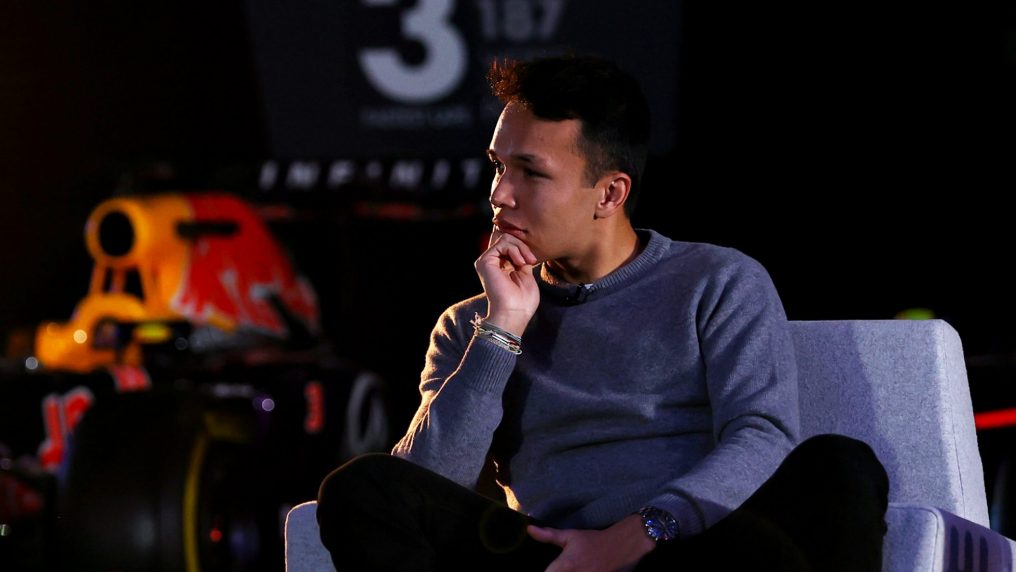 Albon: “I’m ready to take anyone’s space if they need me”

Despite only being Red Bull’s reserve driver for 2021, Alex Albon is ready for an opportunity to fill in at a grand prix, due to the ongoing Covid-19 pandemic.

The Anglo-Thai driver lost his seat at Red Bull for this season after a difficult 2020, being replaced by Sergio Perez. Albon will “spend a year on the bench” according to team boss Christian Horner, as the test driver for both Red Bull and Alpha Tauri.

Nico Hulkenberg made an unexpected return to F1 last season, driving for Racing Point at the British, 70th Anniversary and Eiffel Grands Prix, replacing Perez and then Lance Stroll. George Russell was also called in by Mercedes to replace Lewis Hamilton at the Sahkir Grand Prix,  after the seven-time world champion tested positive for Coronavirus.

Albon is remaining focussed in case he’s needed to race this season.

“I’ll be going to pretty much every race now, flyaways and European races, a lot of trackside support on the simulator but also just being there,” said Albon during Red Bull’s testing at Silverstone last month.

“Obviously with Covid sticking around you have to play it safe in some regards, so and yeah I’m here, I’m fit, I’m ready to take anyone’s space if they need me.”

While having to settle for a reduced role this year, the 24-year-old will still have an important role within the team, hoping to solve last season’s problems which plagued the team.

“This year (it’s about) trying to address some difficulties with last year’s car,” he told BBC Sport.

“Then into this year, simulator support, being there for all four drivers, including Alpha Tauri.

“If there is any situation when I’m needed, I am there for the team. There is no actual driving (in F1) unless something happens. I have the DTM gig, which I will do to the best of my ability.

“And on top of that the team know what I’m capable of, they would have gotten rid of me if they didn’t believe in me. They still trust me and still have faith in what I do.”

Albon will race for Italian team AF Corse in a few rounds of this year’s DTM series, with backing from Red Bull.