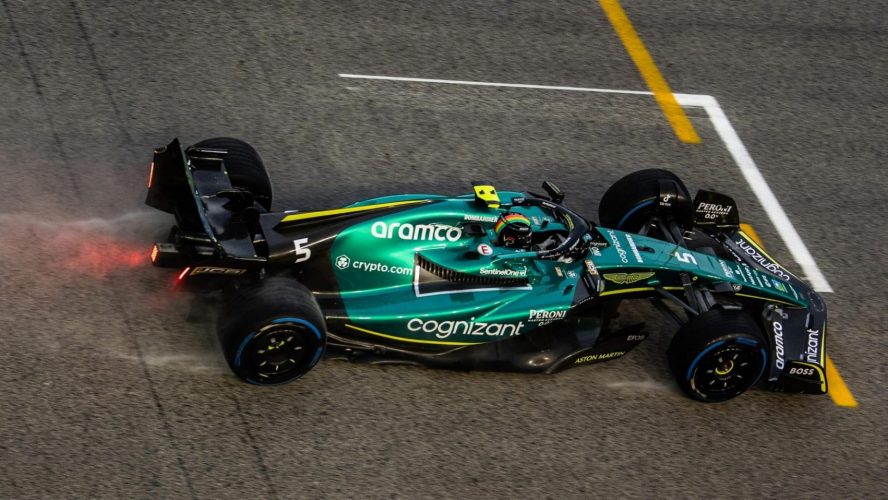 Aston Martin are seventh in the Constructors Championship

Both Sebastian Vettel and Lance Stroll had a great Singapore Grand Prix. Stroll and Vettel finished sixth and eighth respectively, hauling important points for the team. Vettel continued the points streak finishing sixth at the Japanese Grand Prix. McCullough praised the aggressive development that Aston Martin have had all year saying:

“We’ve had a continuous aggressive development from the start of the year,” he told Autosport.

“And we’ve been bringing bits to the car race-on-race, and the bits have been working, the car has been going faster, and we’ve been understanding the bits.

“The guys in the development function have been doing that, and it makes our job at the track easier with a faster car.

“At the same time thus far we’ve had impeccable reliability as well, always there racing.

“Whether you are only scoring one point for 10th place, like Lance did many, many times, or whether you’re starting to score the slightly bigger points when they are on offer, it’s about putting yourself there as best of the rest, like we saw other people doing at the start of the year. It’s nice that we’re able to do it a bit ourselves now.

“The drivers did an excellent job, we’ve squeezed the most out of it, both races were in difficult conditions, so it’s very satisfying.”

These points scored have put Aston Martin in seventh, ahead of both Haas and AlphaTauri. At 45 points the British team is close to Alfa Romeo who are in sixth with 52 points. Better reliability of the AMR22 gives them a great chance to take sixth from the Swiss team.

“These two races, Singapore and Japan, have yielded the good points for us, but also relative to our main competition in the constructors’,” said McCullough. “And that’s what’s key. Still four races to go. But we start those in a much better position relative to Haas, AlphaTauri and even now Alfa Romeo.

“McLaren and Alpine are too far ahead, and fighting for fourth and fifth. But for sixth backwards, we’ve always felt there was a possibility to fight. And at the moment we’re in that fight.

“There’s still a long way to go. But it’s nice to be in the fight and have a car that can weekend in, weekend out and at very different circuits always be in contention.”