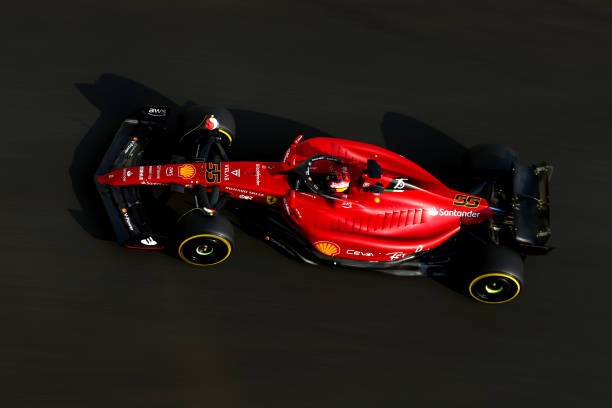 The 2022 cars went out on track for the final time this year, testing Pirelli's tyres for 2023

Carlos Sainz finished at the top ahead of Ferrari teammates Charles Leclerc and Robert Schwartzman on the final day of Formula 1 running as Abu Dhabi once again hosted the post-season test.

All 10 constructors stayed at the Yas Marina Circuit to participate in Abu Dhabi’s post-season testing. Every team fielded out two cars, one of them being reserved for young drivers. The other seat was occupied for a more experienced driver to help with Pirelli’s tyre test for 2023.

It was Charles Leclerc, setting the fastest time at the half-way mark. Ferrari then swapped drivers, giving Spaniard Carlos Sainz some track time as well.

The 28-year-old would then go onto set the fastest time of the day, setting a 1:25.245. The Spaniard’s time was enough to go 0.138s quicker than his Monegasque teammate.

The end of the session would see Ferrari claim a one-two-three. Russian driver Robert Schwartzman ended the day only behind Sainz and Leclerc. The Russian driver was dropping down the order with other drivers making improvements.

However, Schwartzman was able to improve his time late on in the session. The 21-year-old’s time was enough to leap back up to third and go within 0.017 seconds of Leclerc’s time.

Lots of debuts for drivers

French driver Pierre Gasly made his debut for French-team Alpine. The Frenchman ended the day in fourth place – the highest non-Ferrari driver in the session.

The 26-year-old made the move to the Enstone team after spending several years at AlphaTauri. The Alpine driver managed to complete 130 laps, completing a productive first day with the Enstone team.

Issues for Piastri and Hulkenburg

Oscar Piastri made his debut for McLaren. The Australian had an eventful 2022 season – Alpine announcing him as their driver, only for Piastri to deny. The 2021 Formula 2 champion signed with McLaren, eventually, after many arguments, replacing fellow Australian Daniel Ricciardo.

The Australian did not have an ideal session. His McLaren car stopped on track due to a power unit trigger being set off. However, the 21-year-old managed to still have a productive session, completing 123 laps, ending the day in 14th.

Nico Hulkenburg was another drive who had issues on his debut outing. The German’s Haas VF-22 had a technical issue, resulting in the 35-year-old coming to a halt in the second sector within the second hour.

The Haas mechanics managed to fix the car, allowing Hulkenburg to complete a total of 110 laps, ending in 19th on his Haas debut.

Logan Sargeant made his debut for Williams as a full-time driver. The American driver secured his seat at the Grove-based team after securing his Super Licence by finishing fourth in the Formula 2 championship.

The 20-year-old had a good first outing, completing a total of 82 laps, ending the day in seventh. The American’s teammate Alex Albon finished just ahead in sixth.

Nyck de Vries made his debut for AlphaTauri, moving from a Mercedes reserve role. The Dutchman also had no issues, completing the most number of laps by a driver with 151 laps, ending the day in eighth.

The Spaniard was allowed to take part in the test with Aston Martin, despite being contracted with the Enstone team for the rest of 2022. This resulted in the 41-year-old having to have no sponsors on his Aston Martin AMR22.

The two-time world champion said that he is now “100-plus percent happy” with his move to the Silverstone team after completing his first test.

Alonso, who replaced fellow world champion Sebastian Vettel, managed to complete 97 laps. The Spaniard admitted after the session that he was “happily surprised with everything”:

Alonso was also impressed with the reliability of the Aston Martin. The 41-year-old endured lots of reliability woes with Alpine, frustrating the Spaniard.

The two-time world champion admitted that he was concerned when the Silverstone team told him the mileage of their engine.

“When they told me the mileage of the engine yesterday night, I was concerned, because I said that number is a little bit high on my standards,” said Alonso.

“But we did 97 laps no problem, so it’s outstanding for sure.”