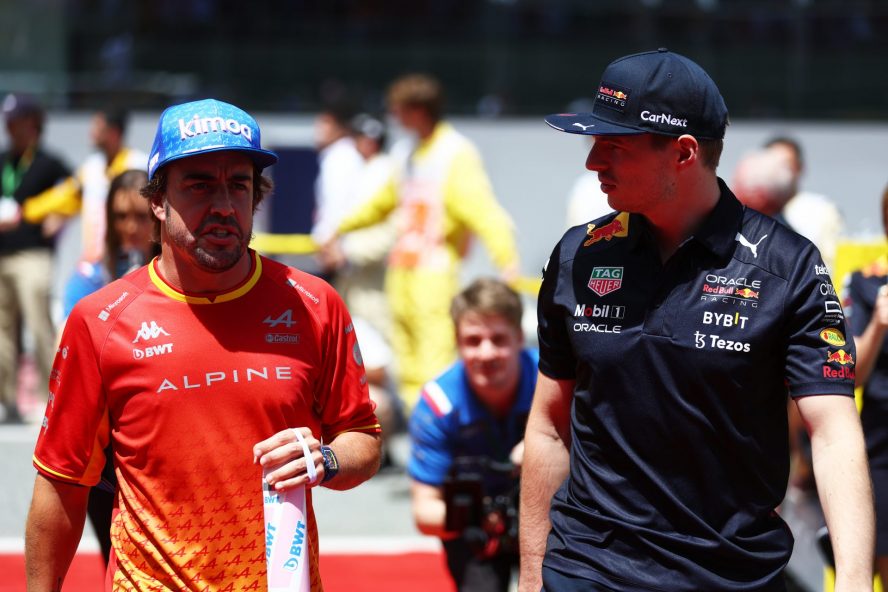 A Driver Salary Cap In The Future Of F1?

Amid the recent discussions regarding the budget cap, a new theme is rising with talks on the possible future introduction of a driver salary cap. Teams seem to agree with the new measures but consider them difficult to implement in the foreseeable future.

Formula One shift towards more financial sustainability might be passing through imposed limits on drivers and team salaries. While as of today, the top three most paid figureheads and the drivers are excluded from the overall budget cap of $140m, all could change in the future.

The teams agree: “Trying to understand what could be a solution”

Talks, not only limited to drivers but a more general implementation of the current financial regulations, have been confirmed by Scuderia Ferrari Team Principal Mattia Binotto, as reported by RacingNews365.com: “That’s a point we started discussing now a month ago, together with all the teams, F1 and the FIA.

The problems related to the short term

However, it is important to notice a driver’s salary cap is simply impossible until at least 2028. As a matter of fact, teams are currently under legal obligations towards contracts already in place. In particular, Charles Leclerc and Lando Norris’s current contracts run until 2025 but aren’t considered as extremely threatening to the budget cap as their current salary would be in line with the possible $30m cap to include both drivers from a team.

More problematic is hence Max Verstappen’s new commitment to Red Bull Racing. Following the victory of the 2021 World Championship, the Dutchman agreed to renew until 2028 his contract with Milton Keynes for a record salary of around $43m per season. The number would then reach around $55m per season including other sponsorships and agreements.

According to Binotto, teams have hence switched to researching long-term solutions: “There is not a straightforward solution, especially for a driver salary cap. We are trying to understand what could be a solution. It will not be in the short term. The reason for that is we already have contracts in place, and we cannot simply breach them. There are legal implications, certainly to understand how to do that, so it’s a discussion. It’s an important one, we understand it and we recognise it will take time, but certainly, we will go through the process.”

The drivers’ rational opposition: “We do more“

While all teams seem to rationally agree, on the other side drivers are obviously against the implementation of such measures. 2-times World Champion Fernando Alonso recently opened up to Motorsport.com about his disapproval, in particular in light of the addition of media commitments: “I don’t think it’s needed. Drivers have been always outside this topic, and I think the drivers, they are using more and more to promote Formula 1. We do more and more events, we are more in contact with the fans.

They are asking more and more from us and they are benefiting from that. So we should be outside from that cap. It’s very complicated.”

Moreover, the criticism of other sports such as the UEFA Financial Fair Play highlights the transparency issues with external sponsorships. However, the positive will of the teams can provide more confidence in the possibility of effectively respecting the chosen measures. Regardless of the current problems, it is now clear the era of unregulated spending in Formula 1 is over.