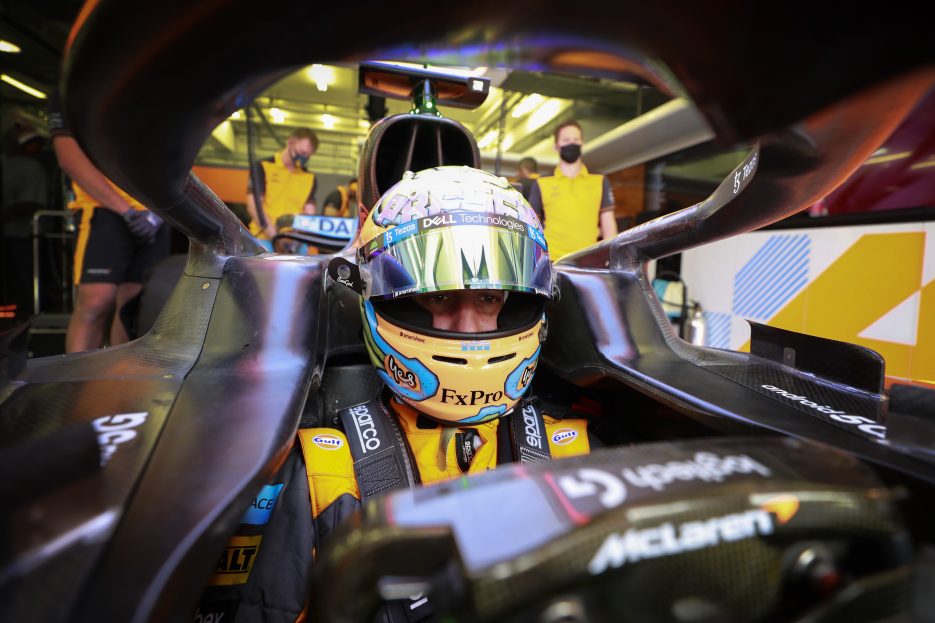 The FIA published last night the provisional starting grid for the Saudi Arabian Grand Prix. Sergio Perez is set to start from pole position ahead of the Ferrari pairing, while Mick Schumacher has withdrawn from the race following his crash during qualifying.

Starting at the back of the grid, Yuki Tsunoda will be allowed to take part in the Grand Prix despite not having set a time due to technical problems in qualifying. The race will be an important challenge for AlphaTauri which seems to be particularly struggling with reliability in 2022 and that already suffered a DNF in Bahrain with Gasly.

Williams’ drivers will start in 18th (Nicholas Latifi) and 16th (Alex Albon) next to Aston Martin Reserve Driver Nico Hulkenberg, who is still filling in for Sebastian Vettel after the German tested positive ahead of the first race of the season.

7-times World Champion seems set to start 15th after his shocking elimination in Q1. However, it must be noted that Mercedes and Hamilton considered the possibility to make changes to the car and hence accept a penalty.

When it rains, it really pours on Daniel Ricciardo. The Australian will start from 14th on the grid following a 3 positions grid drop for impeding Esteban Ocon in qualifying. According to the FIA document, a miscommunication between Ricciardo and the team was the cause of the problem: “The driver admitted that he did not know that Car 31 was coming on a fast lap as he was not told of that by his team. By the time he saw Car 31 approaching, it was too late. The team representative admitted that they had made an error in not warning their driver about Car 31 approaching.”

While Hamilton quite obviously suffered from set-up problems during qualifying, Mercedes keeps having some difficulties in this start of the season with George Russell only starting from 6th, splitting the two Alpine. As a matter of fact, Fernando Alonso will start from 7th and Esteban Ocon from 5th.

Reigning World Champion Max Verstappen will only start from 4th next to his former teammate in Toro Rosso and now Ferrari driver Carlos Sainz, who was considered the favorite for pole position at the beginning of qualifying.

The first row will be completed by Bahrain winner Charles Leclerc in second and Red Bull Sergio Perez, after the Mexican conquered his first-ever pole position at the end of a thrilling Q3.

With regards to Mick Schumacher, the German won’t take part in today’s race after his heavy crash in Q2 yesterday. However, after further medical checks last night, the Haas driver has been cleared and was able to return to his hotel where he stays in good health.

Hi everyone, I just wanted to say that I’m ok🙏
Thank you for the kind messages.
The car felt great @haasf1team, we’ll come back stronger❤️ pic.twitter.com/Mwpy0767kN