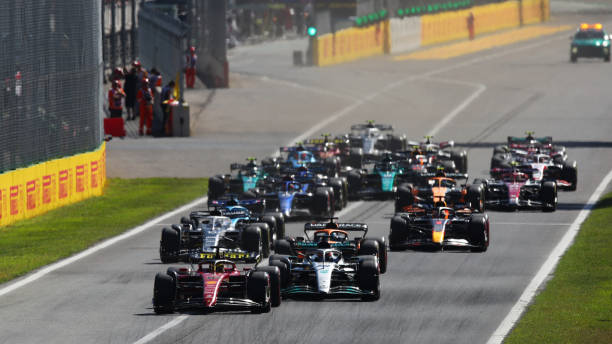 A record-breaking 24 races will feature in the 2023 season

Formula 1 will the start 2023 season in Bahrain in March and end in Abu Dhabi in November.

The 2023 calendar has now been officially approved by the FIA, confirming a 24-race season. The calendar has been put together by Liberty Media and has now been ratified by an e-vote of the FIA’s World Motor Sport Council.

The calendar confirms Monaco’s return after worries of the Principality not featuring in 2023. China will be returning to the calendar for the first time since 2019. However, it is likely that Shanghai will be closely assessed whether it should still go ahead.

Azerbaijan has moved to 30th April, as Belgium stays on the calendar. Spa will now be the race before the summer break, before heading to Zandvoort.

Qatar will also return to the calendar after a year’s absence this year due to the FIFA World Cup. However, it is expected that Formula 1 will race at a different track in Qatar.

The only new track on the calendar is Las Vegas, as there will be three races in America this year.

One of the important thoughts that went into this calendar was to make sure that it doesn’t clash with LeMans. Liberty Media have successfully done this by having the event take place in between the Spanish and Canadian Grands Prix.

Ben Sulayem’s thoughts on the calendar

“The presence of 24 races on the 2023 FIA Formula One World Championship calendar is further evidence of the growth and appeal of the sport on a global scale.

“The addition of new venues and the retention of traditional events underlines the FIA’s sound stewardship of the sport.

“I am delighted that we will be able to take Formula 1’s new era of exciting racing, created by the FIA’s 2022 Regulations, to a broader fan base in 2023. In framing the 2023 F1 calendar, WMSC Members have also been mindful of the timing of the prestigious 24 Hours of Le Mans.”