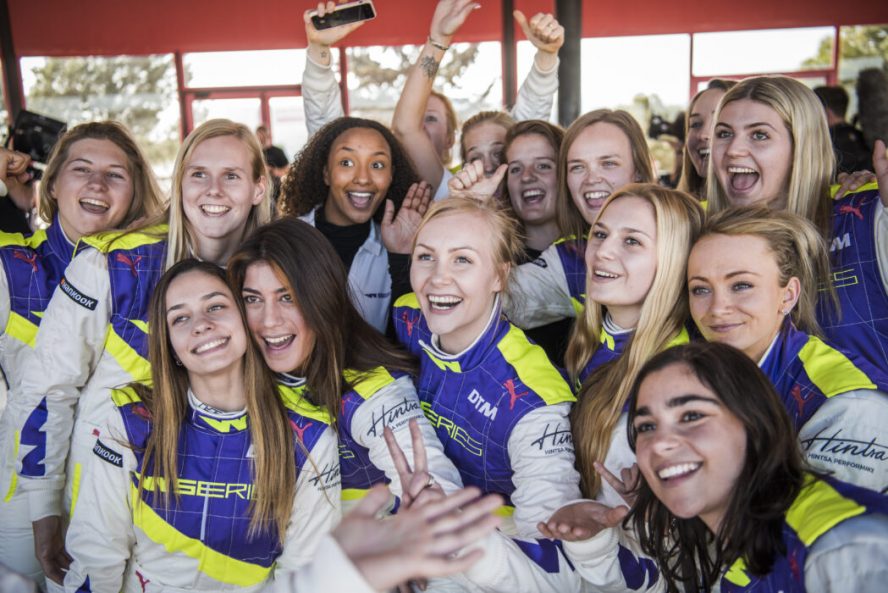 The W Series has announced that the last four races of the 2022 season will not go ahead following a funding pullout from one of its investors.

Japan was up next for the all-female series, with Austin and two rounds in Mexico City due to follow next. These would have completed the 10-race calendar which ran alongside certain Formula 1 weekends. Jamie Chadwick has once again been crowned champion, having held first place with 143 points, 50 more than Beitske Visser in second.

Chadwick has now won the series three consecutive times and W Series CEO Catherine Bond Muir intends to pay the Brit the full prize money. Other drivers should also be earning the money to which they’ll be eligible.

Another investor had been expected to help hold the series by mid-September, but it fell through. That left the W Series organisers with no other option but to scrap this season and hope for better financial stability in 2023.

Catherine Bond Muir expressed her feelings and explained the difficulties the series was facing in her statement.

“We’ve had offers from a number of people, but the problem is getting money in doesn’t happen at the shake of a money tree and people have got to go through due diligence.”

She added, “We believed up until this weekend there was a possibility for us to get to Austin and we’ve just had to call it because there are deadlines on payments of things which need to be done. We could have kept it on for a couple of weeks, but we had to make a pragmatic call today. Going forward, I am extremely confident W Series will be here next year. Almost everyone has been supportive and said how much they like W Series, that it is important in motorsport and that everyone wants it to continue.

“They are drivers, in their blood all they want to do is race and they were incredibly upset, but at the same time as being incredibly upset they were understanding. Really, the feeling that came out of it was ‘this is rubbish, but it’s what we’ve dealt with for 20 years.’ They’ve had promises of money, they’ve had contractual commitments and they haven’t come through, they’ve had lots of people saying they’re going to support them, and it doesn’t happen. It was more of a feeling of ‘welcome to our world, we understand what you’re doing.’

“As far as we’re concerned at the moment, we want to keep the DNA of the W Series going and it is still our intention to be providing all of the expenses for the drivers. I want to extend a huge congratulations to our triple-champion Jamie Chadwick. She has dominated the 2022 W Series and this championship is well-deserved. We have been and always will be incredibly proud and supportive of her career and wish her well in her next exciting chapter.

“To all our W Series drivers, I’d like to express both pride and sincere gratitude for your professionalism and talent, providing entertaining and exciting racing all season long, and for your continually unwavering support as we navigate the next steps for our series. We will always work hard to provide women racing drivers the opportunities to achieve success and we will not stop fighting to continue the work W Series has started to support women in motorsport.”

Reaction from the drivers

The drivers were left disappointed with the decision, as they were hopeful of completing the 2022 season.

Chadwick tweeted, “Firstly, I want to thank @WSeriesRacing for the opportunity they have given me. It’s been life-changing and I am so grateful to everyone that has been involved and supported me to this point. We all wanted to finish this season on track but I am very proud to be a 3x Champion.”

Alice Powell is extremely sad with how the situation has turned out, especially because she was in the run for second place against Visser. There were only seven points separating the two drivers.

She tweeted, “Unfortunately, that is the end of the season for us all in @WSeriesRacing. This means P3 for me in the championship. Obviously, I am extremely gutted as the fight for P2 was on, as well as the fight for P1 in the Team Championship for @BristolSTMotors.”

Visser also expressed her emotions on Twitter saying: “P2 in the 2022 Wseries championship. Unfortunately the season has ended earlier than expected, wish we could have taken the fight to the end but very thankful to @WSeriesRacing for all their hard work! Anyway I’m happy to have finished the season with a win in the last round.“