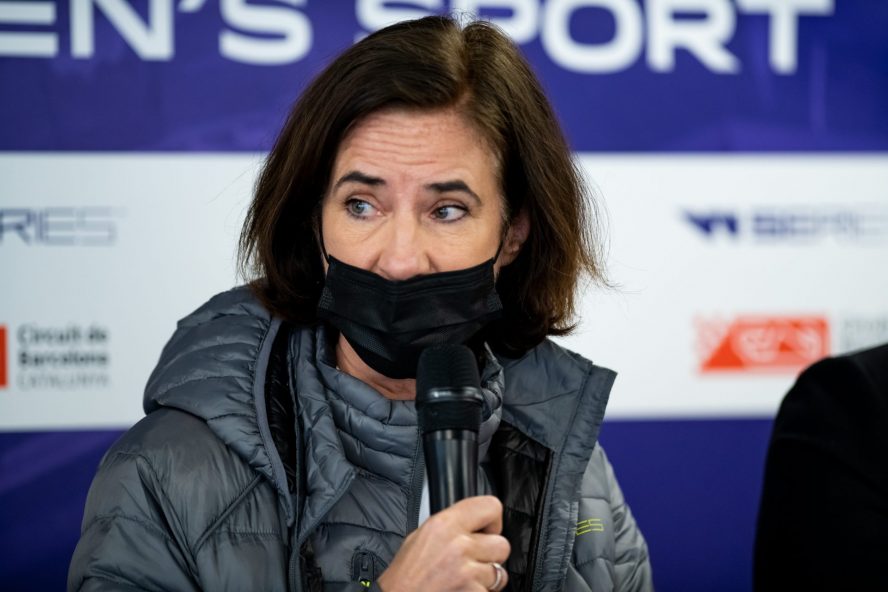 W Series CEO: “Miami feels like the breakthrough for the Championship”

The first-ever Miami Grand Prix this weekend will also see the debut of the third season of the W Series, which is back bigger than ever. Ahead of the new season, W Series founder and CEO Catherine Bond Muir admitted her positive feelings ahead of the inaugural races, while also commenting on the critics regarding the Series’ moves to pay-TV.

Ten races on eight weekends: 2022 is lining up to be W Series’ biggest season yet and so it feels for W Series CEO Catherine Bond Muir, who admitted pre-weekend that the all-female Championship is currently standing in a historic moment for its history: “I’m sitting here in the middle of the stadium looking out over the Miami Dolphins Arena and it is extraordinary for so many reasons but it feels like W Series coming of age. We have been sharing a stage, our drivers shared the stage a couple of nights ago with all the F1 drivers. It sort of really feels as though we are starting to get some parity and that people are getting excited about W Series. I’m never gonna say it’s the same as Formula 1 but there really seems to be a shift in support and attention and it’s been absolutely stunning.”

Furthermore, the new grid will see four new teams and five rookie drivers debuting in Miami. Between these, the young age encourages to think of good prospects for progression in other series, highlighting the importance of W Series’ mission: “If you go back to the gender imbalance with drivers in motorsport, one of the problems has been that the money has gone into the younger boys at such a very very young age because they are seen as the people that are going to be the stars of the future so what we need to do is get the younger drivers involved. Now you have to be 16 under the FIA rules to race with us so we can’t get younger drivers in but we’ve got one 16-years-old Juju and two 17-years old Bianca and Chloe and we are delighted by that.”

👍@JujuNoda_Racing getting set for her first #WSeries outing.

Good luck to Juju and all our rookie drivers this weekend! pic.twitter.com/3FKpKPd7a8

Hence, one of the key points of the season will be to see the competition between experienced drivers such as Jamie Chadwick and Alice Powell and new upcoming talents: “We still need to have drivers that are of a quality to be able to drive well and be sufficiently competitive so we are constantly having that balance between having very fast drivers but still wanting to bring in the youngest best talent. I think for me what I’m quite interested in is about the new five young drivers that we’ve got is not what they’re gonna do this weekend necessarily because all of our drivers when they first get into our car find our car quite hard to drive and it takes a few races to get used to it, but it’s, as far as those five drivers are concerned, where they’re gonna land up at the end of the season and to see how their progress is. For example, Abbi Pulling came in halfway through the season last year because she lost her F4 drive. Actually, it did take her a couple of races but by the end, she’s on the podium so she’s one of the ones that I think will potentially do incredibly well from the get-go because she is used to the car and she is super fast.”

The support in 2022 will also come from fans watching on Sky Sports, as the multi-year deal has recently been announced for broadcasting in the U.K, Italy, and Germany. Bond Muir responded to the controversy surrounding the move to pay-tv by clarifying the reasons behind the move to FormulaNerds: “The reason we went to Sky live and have highlights on Channel 4 (this is only looking at the UK) is that we believe that’s going to create us the largest audience. From Spa last year we didn’t have a race on Channel 4 at all because we came immediately after quali where Lando [Norris] had a crash that put us back and then the heavens literally opened in Spa so our race was one and a half hour late so we couldn’t get on Channel 4 and Channel 4 gave us a highlight program on Sunday and, in fact, in the UK that was a very successful program for audience figures so we suddenly realize that actually there was a very good Sunday afternoon audience in Channel 4 and if we could get live on Sky with all the support programming, they’re covering quali too, they’ve got much more room for us, having those two as a combination gives us a really powerful TV operating.

We’re on ESPN in the States because that is the best deal we can do for coverage. We are not going behind pay-TV walls for money, we are not big enough to command a huge amount of money yet. In every territory, we are going and doing deals where we believe we can get the largest audience. “

Will Jamie Chadwick confirm her dominance in the Series and which drivers will have their eyes set on the crown? W Series will get on track for the only session of free practice on Friday (21.00 GMT), with qualifying (14:10 GMT) and race 1 (19:30 GMT) coming up on Saturday, followed by race 2 (15:35 GMT) on Sunday in Miami with all eyes set on the inaugural weekend of the season.

We're on track at 16:00 EST for practice. Hit the link below to find out where you can watch. 📺