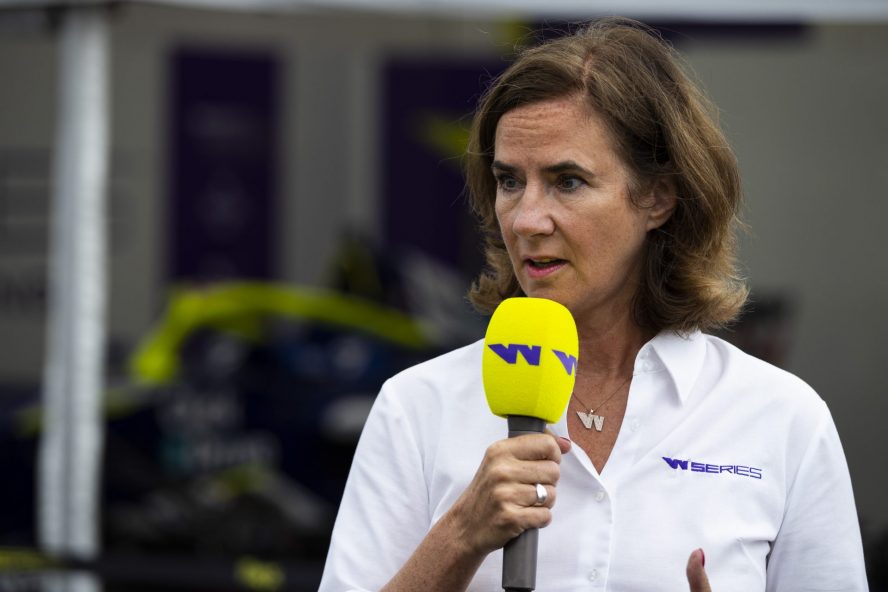 FormulaNerds met with W Series CEO Catherine Bond Muir in Budapest to catch up on the Championship’s recent growth and the plans for its future, while also looking at Jamie Chadwick’s dominance on the track.

W Series is currently enjoying a success never experienced before. The all-female Championship has been conquering the audience with hard racing and in Silverstone, a record audience of more than 1 million people has watched the race in the United Kingdom.

According to W Series CEO Catherine Bond Muir, the success is also confirmed by the engagement shown by spectators at the track: “You know we had over a million people watching our television coverage in the UK, so you know that is a huge record, I mean. We hoped we would get closer, but we’re just amazed that we beat our internal forecasts.”

“And this is our first season that we’ve obviously had full audiences and, you know, the stands are full in Silverstone, and in the grandstand last weekend at Paul Ricard everyone was standing and clapping and cheering when we started our race. I think what is amazing to us is that there are obviously international audiences that are becoming increasingly engaged with W Series. So that’s great news for us. “

Yet, the criticism often moved to W Series has been regarding the dominance shown by 2-times champion Jamie Chadwick, who has currently won all races but one of the 2022 season and looks set to conquer another title. Bond Muir, however, believes differently: “I think one person being super successful actually helps attract audiences. I think someone described it to me as the Tiger Woods effect.

At the same time, the issues involving the difficulty in progressing to upper levels of motorsport are derived from the lack of opportunity, hence W Series’ attention for the future generation: “I think it’s going to be many years before we get a W series driver into Formula One because I think that our current drivers don’t have the same amount of time in a car as their equivalent male counterparts do at the same age. Jamie’s age is the same as Lando Norris and George Russell and they had hundreds of times more hours in the car than she had. So, we’ve got to look at the young generations coming through karting now so they get the right from the word go the same amount of time in the car. “

What does the future look like for W Series?

Looking at the future, W Series seems to be steady in its upward trend with ideas to create even more exciting racing in the future, for example with the introduction of the DRS or the reverse-grid format: “We’re a young championship, but personally I would love to have DRS yes. Regarding the reverse grid, we had that in 2019 in Assen and it was our best race. I mean, it was a crazy, crazy, crazy race and it was so exciting. Alice Powell started off in 17th position and she came and she failed to win by +0.003, so she just whipped through the field and it was amazing, it was brilliant.”

“So I mean I would love to do it, but it’s just you know there is limited time on the Formula One grid so if we could get time, it would be fantastic to be able to introduce stuff like that.”

With W Series eyeing more and more an international audience and not denying its ambition for the American market, hence the races in Miami and Austin, the Championship would benefit greatly from a “Drive to Survive”-style documentary with Bond-Muir admitting:” I can’t confirm anything at the moment, but certainly there are plans in the future for something like that to happen, yes. “