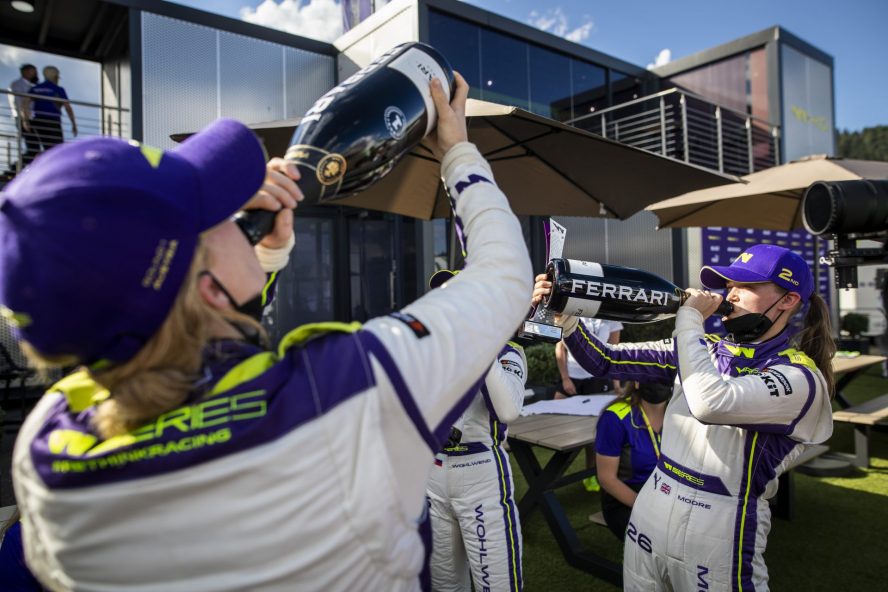 Everything you need to know about W Series in 2022

Finally, the third season of the W Series will start in the new circuit of Miami. With a new calendar, new drivers, and new teams, there is a lot to learn about the Championship starting from this easy guide!

Starting strong with a doubleheader in Miami, the ’22 season will see the biggest calendar ever in the Series’ history. After that, W Series will follow F1 in Europe, especially in Spain, the United Kingdom, France, and Hungary. Following the summer break, Suzuka will be the first-ever Asia stop for the Championship, which will conclude in America with Austin and a final doubleheader in Mexico City.

Following on from our announcement yesterday, take a look at our updated 10 race calendar. 🗓

The newly formed grid will see experience drivers next to upcoming rookies fight to showcase their talent. In particular, the whole top 8 of 2021 will be back to aim for the title, reigning Champion and obvious favourite Jamie Chadwick included.  Regarding newbies, Babickova, Bustamante, Chambers, De Heus, and Noda will all make their W Series debut in Miami bringing even more excitement to the grid. Not to forget, Abbie Eaton’s return to racing in the Championship following her accident in Austin in ’21.

The format and the cars

W Series will be on the track with only one session of free practice on Friday followed by the qualifying session and eventually the additional race on Saturday. On traditional weekends, the race will be on Sunday, lasting 30 minutes + one lap. As with Formula 2 and Formula, the full W Series timetable can be found in the official document published by Formula One for every weekend.

By Katy Roberts1 day ago

Drivers will once again all compete with the help of the Tatuus F3 T-318 and, differently from the other main series, Hankook tyres.

The biggest surprise of the pre-season came with the announcement of the W Series’ partnership with Sky Sports in the UK. Hence, fans can follow the Championship’s qualifying and races live on Sky while Channel 4 will only show highlights of all the races as well as the complete Silverstone race live. However, to check other Countries, the list of global coverage can be found here.

Moreover, regarding Miami, Free Practice will be live at 21:00 on Friday, and on Saturday qualifying at 14:00 will be followed by the first race at 19:00. Sunday will see the final race of the weekend at 15:35. (*All times reported are GMT times).

Confirmation, experience, redemption, new occasions and chances, finally, a whole new season of racing is about to start and we couldn’t be more excited about it, seeing the premises for it to be the best season so far in the Championship’s history.