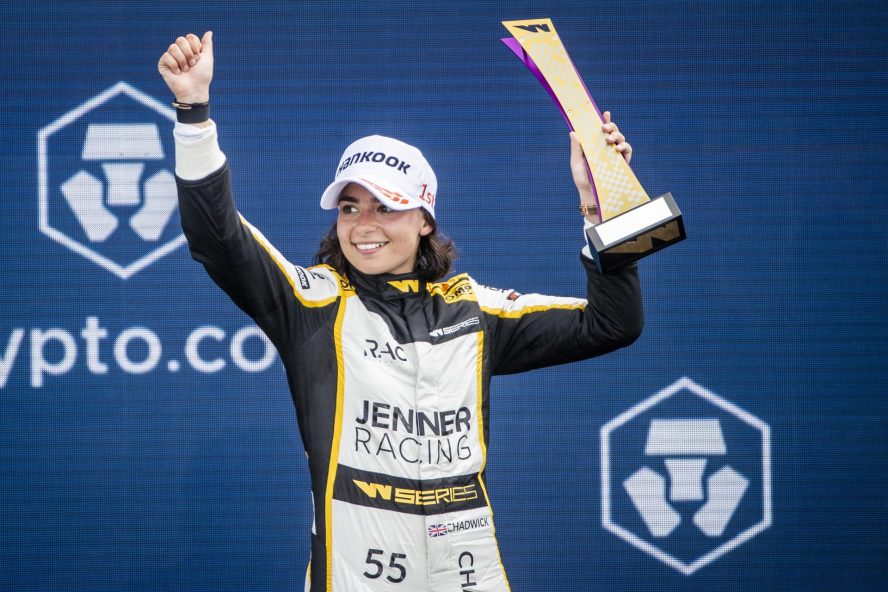 Reigning W Series Champion Jamie Chadwick walks away from Miami with the maximum of points after an almost perfect weekend. The ability to use every opportunity, consistency, and confidence almost make it look easy for the Brit to dominate in the first trial of the season.

The lack of pole for the first race was quickly fixed with a good start on Saturday, also helped by polesitter Nerea Marti stalling on the grid. Then despite the rhythm of Emma Kimilainen seeming better, Chadwick was able to take advantage of the situation and bring home the first victory of 2022, despite not feeling it as completely deserved even admitting to W Series: “I don’t know if I deserved that victory. Emma [Kimiläinen] got a bit unlucky with the restart, not knowing if it was going to be a proper restart or not. I struggled for pace, and she did a good job to get past when she caught me out. I was just trying to get some points as I was struggling.”

Despite the struggles shown before, race 2 was a completely different story but with the same result. Chadwick started from the pole and built a comfortable gap controlling the race until the chequered flag. The difference, Chadwick admitted to FormulaNerds, was simply down to the feeling with the car: “I think I just had a lot more confidence today. Yesterday with a lot of interruptions I struggled a little bit with just getting the performance and I didn’t have the confidence to be able to run away from Emma or at least she definitely had the legs of me yesterday so even though the race was much shorter I wasn’t able to do much from the front.

Going to today, knowing I was on pole I wanted to make some changes last night in order to have a bit more of a certain race and control the pace, which I’m happy we were able to do today.”

The final result of the weekend brought a double victory to the obvious favourite for the Championship, a good advantage over direct rivals such as Alice Powell and Emma Kimilainen, and a perfect success at home for Chadwick’s new team Jenner Racing: “It’s great! It’s cool because it seems Formula 1 to be growing popular in America so it’s great that I’m now in an American team and it’s always nice to have that result for them and obviously their first weekend in the Championship and I’m glad I can give them the result they deserve and for them putting faith into me that I can repay them with two nice results this weekend.”

The only warning after such a successful weekend, however, comes from W Series CEO Catherine Bond Muir, who admitted to GiveMeSport that she doesn’t believe Chadwick will dominate the season as in the previous years: “I don’t think it’s going to be the Alice and Jamie show because I think that Abbi [Pulling] and Nerea [Martí] are going to be right up there too. And there may be others but I think those are the two who are going to be genuine challengers for the title.”