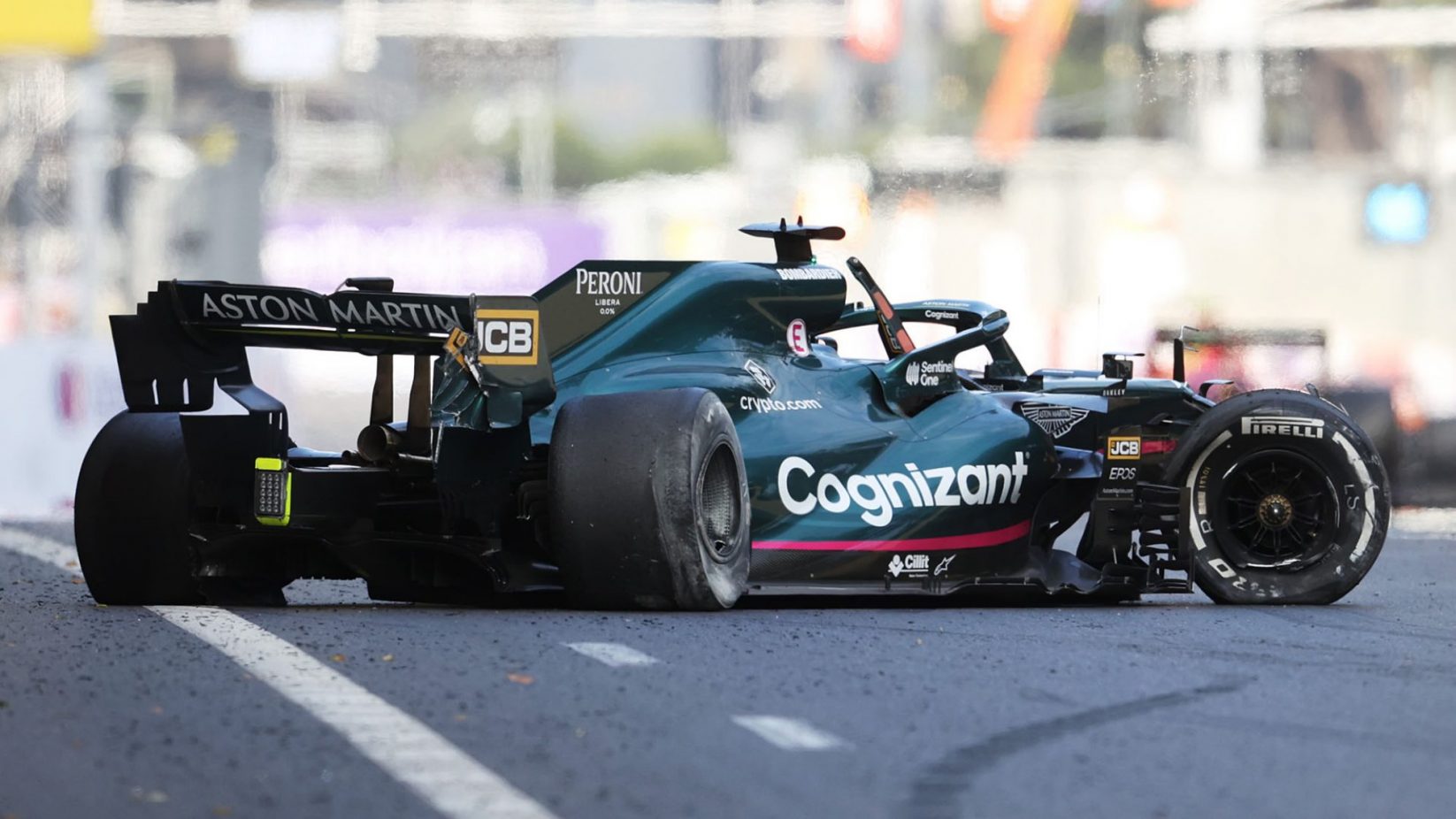 It was predicted to be another eventful race in Azerbaijan – and Baku once again delivered.

The street circuit has made a habit out of staging crazy races and 2021 was another feather in its cap.

As always, the barmy days in F1 throw up some surprise results and that was certainly seen in the race.

Here are this weekend’s seven winners and six losers after a rollercoaster grand prix.

Sergio Perez demonstrated in Baku why Red Bull signed him up.

After qualifying, it looked like it might be another weekend where the Mexican was off the pace, but that would all change on race day.

After starting sixth, he managed to blitz past Carlos Sainz, Pierre Gasly and Charles Leclerc during the opening stages – keeping pace with race leaders Max Verstappen and Lewis Hamilton.

Perez could have even overcut both championship contenders if not for an uncharacteristically slow Red Bull pitstop.

But in typical Perez fashion, he was ready to advantage of the chaos, and when the other Red Bull of Verstappen suffered a tyre failure, he inherited the lead – keeping his composure on the final two-lap sprint.

At the start of the year, Perez asked for five races to acclimatise to the new car – he just won his sixth race with the team.

A day of what could have been for Hamilton and Mercedes.

After looking well off the pace on Friday, the seven-time champion done a sensational job to put his car on the front row during qualifying.

He also drove a strong race, getting past Leclerc early on and if not for being held in his pit box, could have been leading.

It looked like Hamilton had settled for third until his eyes must have lit up when he saw Verstappen in the wall.

During the red flag period, Hamilton emphasised on his team radio the importance of not taking unnecessary risks, and focusing his attention on the world championship battle.

If he maintained second, he would retake the lead and capitalise on Verstappen’s no-score.

But untypically, a lock-up after he had passed Perez following the red flag restart sent him to the back of the field – also scoring no points.

Apparently, he had flicked a switch during the run down to turn one, effecting his brake bias and leading to the mistake.

How critical could that prove to be in the race for the title.

It looked like the Sebastian Vettel of old in Baku.

Following on from a strong result in Monaco, Vettel capitalised on the carnage this weekend to take his first podium of the season and Aston Martin’s best result on their F1 return.

But most importantly, he kept his nose clean and drove an excellent first stint to bring him into the running after starting 11th – a very well-deserved podium for the German.

Both Stroll and Verstappen walked away from scary crashes on Baku’s monstrously long pit straight, where cars exceed 200mph.

Thankfully, both drivers were okay after their respective incidents, but enquires will certainly be made after Pirelli suffered yet another controversial day.

Both Verstappen and Stroll were on the hard tyres, and well below the guided 40-lap tyre life set by Pirelli ahead of the race.

The Italian manufacturer have stated that their initial discoveries suggest that both crashes were the results of debris – but a full investigation is on the way.

Regardless, this won’t do Pirelli’s reputation any favours.

It looked like the world title pendulum had firmly swayed towards Hamilton after Verstappen’s dramatic crash.

But the Dutchman will leave Baku the happiest of the two contenders after Hamilton’s mistake.

It means he maintains the lead of the drivers’ championship for yet another round after both failed to score.

The problem is the next few events are being staged where Mercedes may have the upper-hand.

When Verstappen reflects on this weekend, it’s likely he’s going to see it as 25-points lost.

Yes, he does still lead the championship and Baku was effectively a dead-heat in the battle.

But without the tyre failure, he would have gained at least 10-points on Hamilton, possibly 11 if he managed to keep hold of fastest lap – plus it would have been back-to-back race wins for the first time in his career.

A lead which could have been extended remains the same and ultimately Red Bull – through no fault of their own – failed to capitalise where Mercedes seemed to lack pace.

Despite all their promise shown in preseason testing, Alpha Tauri haven’t quite managed to get going this year – but an excellent result in Baku might be just what their season needs.

Gasly had a superb weekend, qualifying fourth and taking another podium – sensationally holding off Leclerc during the closing stages.

His teammate Yuki Tsunoda also had his best result of the season, finishing seventh.

Only Red Bull leave Azerbaijan with more points than the Faenza team.

Where was Valtteri Bottas?

He had a poor weekend, which all started when he couldn’t even fly out of Finland on Thursday, having to virtually do his media duties.

Qualifying was equally as disappointing, starting down in 10th while teammate Hamilton was second.

In the race, Bottas was nowhere – with Hamilton solely taking on the two Red Bulls.

He would eventually finish 12th, even being passed by both Alfa Romeos to add more misery to his year.

It looked like it would be another difficult weekend for the veteran.

He was put on a bold strategy, switching to the hard tyres early on – but he just seemed to lack pace and was overtaken by both McLarens.

But the wily fox that is Alonso managed to become one of the biggest beneficiaries of the chaos, getting himself into sixth and scoring some very useful points for Alpine.

On Saturday, the mechanics done a sensational job to ready George Russell’s car for qualifying, changing the power unit; the Brit repaid his team by once again progressing into Q2.

But in the race, they languished outside of the points, struggling with the windy nature of Baku.

Russell would eventually retire after a gearbox issue before the red flag restart.

Nicholas Latifi would also be penalised by the stewards after a miscommunication by his engineer saw him fail to enter the pitlane during the red flag period, earning a ten-second penalty.

It’s these kinds of races where Williams needs to be ready to take advantage if they are to score points this year.

F1 fans really missed the Azerbaijan Grand Prix last year, as it was one of many racetracks who fell victim to the pandemic – but it certainly delivered on its return.

The race look set for a rather boring conclusion, with Verstappen, Perez and Hamilton set to complete the podium.

But Verstappen’s tyre failure created a rather unusual situation, with a two-lap sprint to the finish.

The restart was hectic, chaotic and featured some excellent battles, once again showing why Baku is a fans’ favourite.

The final dash to the chequered flag even provided an insight into what this year’s sprint races may look like.

Carlos Sainz finished eighth on Sunday, which isn’t bad – but it could have been much more.

An early mistake at turn eight meant he was playing catch-up for most of the afternoon and never really recovered – he could have been battling teammate Leclerc and Gasly for the final podium positions.

The Finn didn’t get himself much television coverage, but drove a solid race to finish tenth and score his first points of the year.

He even managed to mug Bottas with an opportunistic move at turn seven.

A positive return to Azerbaijan for the Iceman. 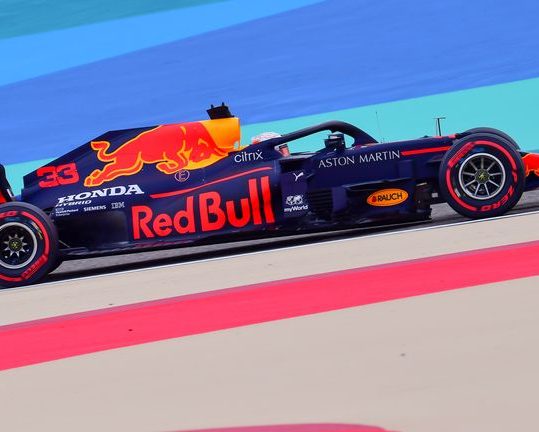