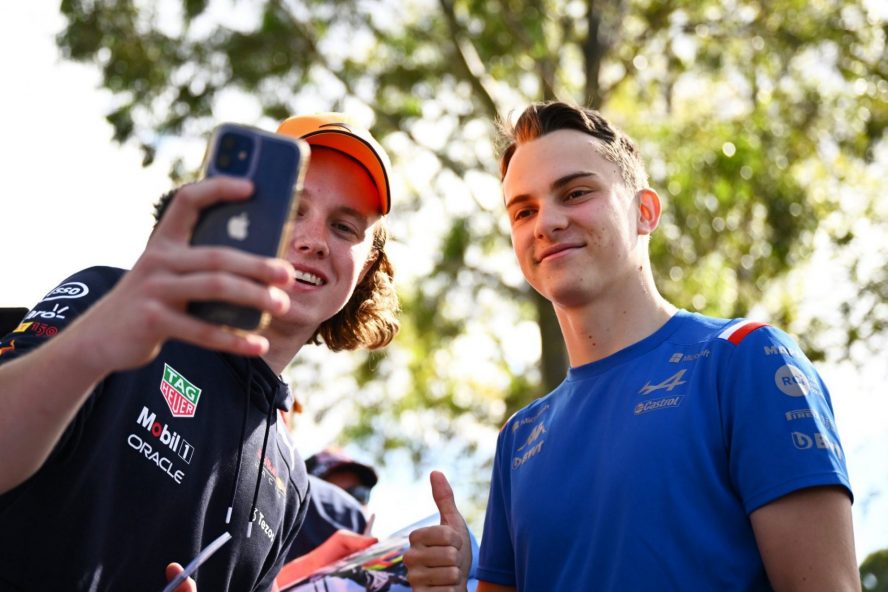 Will Oscar Piastri be able to live up to McLaren’s Expectations?

Oscar Piastri will race for McLaren in 2023

With all the commotion that surrounded Oscar Piastri’s move from Alpine to McLaren, all eyes will be on him next season.

There is no doubt that Piastri has great talent. He won his F3 and F2 seasons at his first attempt, and also won the Formula Renault Eurocup. Three titles in three years are not easy to come by, which is what made him a great F1 prospect.

It was only a matter of time before a team gave Piastri his seat in F1. His place in the Alpine Academy and his role as a reserve driver for Alpine gave the assumption that, when a seat is available, it would be Piastri’s. When current Alpine driver Fernando Alonso announced his move to Aston Martin for next year, the Piastri announcement was almost expected.

The fact that Piastri didn’t sign with Alpine, along with the Instagram back and forth, was the shock of the summer. Piastri’s, Alpine’s and McLaren’s legal battles over several statements made was what flooded social media for a month. But, McLaren were determined to get Piastri for their 2023 lineup.

According to AP News, McLaren paid Daniel Ricciardo $15 million to end his contract early. Apart from the tangible aspect, McLaren loses Ricciardo, who was a big personality both on track and off it. The messiness surrounding the letting go of Ricciardo had caused ripples in the F1 community due to Ricciardo’s popularity.

His large fan-base reacted instantly when the news of Piastri’s signing broke out and no statement was made about Ricciardo’s future. Not to mention that during the time that Piastri had signed with McLaren, early July, Ricciardo had put out a statement that he was, at the time, committed to Mclaren. The nature of everything just seemed confusing, with two very different perceptions of things happening at the same time.

It is important to note that Ricciardo wishes his countryman well and understands this is all business. Ricciardo and Piastri are two different drivers and comparing both should not be the case; however, that is what is likely to happen next year. Since Ricciardo has struggled in the McLaren, people are going to be on the lookout for how Piastri fares out in the car and in a race.

It is no fault of Piastri’s that things unfolded in the way that they did but he will suffer the consequences. Eyes will be on him next year, to see why the young Aussie was extremely sought after enough to have created these legal battles.

The big question is, however, will Piastri live up to McLaren’s set expectations?

Andreas Seidl, McLaren Team Principal, has expressed his happiness with Piastri’s signing saying: “We are super happy to know we have Oscar with us next year together with Lando. It’s a very exciting driver line-up. Two reasons why we wanted to have Oscar – I think he has shown in the training categories he is something very special and has a lot of potential.

“Plus, I think in terms of personality, I think he’s a perfect fit for our team. And that should be the main focus of the news.

“So we are very, very, very happy. We are absolutely convinced about his talent and his potential as well. He’s young, he is full of energy. He has the right amount of self-confidence as well but at the same time, he is very humble.

“He’s aware of how big the challenge is for him next year. I think we are a team that’s shown in the past we can deal with young guys coming into the sport.”

Zak Brown reiterated this excitement and confidence in the Aussie in a press release stating:

“Oscar is one of the up-and-coming talents coming through the feeder series into F1 and we are delighted to see him join the team for 2023. Winning both F3 and F2 in successive rookie seasons is a real achievement and testament to his talent in single-seater racing.”

“In Lando and Oscar we have a young, exciting F1 line-up with a huge amount of potential, standing us in good stead to achieve our future ambitions. Oscar is an exciting addition to the McLaren family, and we look forward to seeing him grow with our F1 team.”

Piastri has big shoes to fill in regards to Ricciardo and also in his own regard.

As a rookie proving himself in F1, as rookies before him, the first few races are vital. His skills, despite the drama that has taken place, can’t be denied and his talent is clear with his accolades. The silly season, however, added more pressure to the mix as people want to see what it was all about