MONZA, ITALY - SEPTEMBER 12: Daniel Ricciardo of Australia and McLaren and Lando Norris of McLaren and Great Britain celebrate finishing 1-2 during the F1 Grand Prix of Italy at Autodromo di Monza on September 12, 2021 in Monza, Italy. (Photo by Peter Fox/Getty Images)

Will It Be Daniel Ricciardo’s Year? Or Will Lando Norris be the Star Boy for McLaren?

McLaren announced their car launch date this week, and I’m sure that all fans are buzzing to see what livery the UK-based team came up with this year. Along with their car, they will present their driver line-up for this season, which remains unchanged from 2021.

Lando Norris and Daniel Ricciardo are set to race in the McLaren for yet another year. One can say that McLaren might have expected more from 2021, after they finished fourth below Ferrari in the Constructors’ and sixth and eighth in the Drivers’ Championship.

During the season, everyone asked, “What is going on with Danny Ric?”, after he seemed that he couldn’t get a grip of his McLaren. Lando Norris was performing better and obtaining better results throughout the season. They had the same car and they are both very good drivers. It does not seem that the team favours one over another, and so people could not understand why Daniel Ricciardo was not up to the level that everyone expects him to be.

It was a great move for the 32-year old. His first season with a team that  is all about the future. They had made it clear when they signed up Lando Norris.

And well the future does look bright for McLaren, and while the Aussie probably will not get the chance to fight for the Championship, he can surely get a chance to fight for podiums in his strong car. Compared to Norris who got four, this season he only managed to achieve one podium finish, and one to remember I must say.

It was at the iconic Monza circuit, and Daniel Ricciardo went on to finish the race in first, with his teammate following him to finish in second. A McLaren 1-2. Who would have expected it? The only 1-2 that we had got throughout the whole season, not even Mercedes or Red Bull managed to obtain one, so that was quite the achievement for the team.

But despite the great performance at Monza, Ricciardo still had something missing throughout the other races. Except for the podium, he only finished in the top five, five times, and that’s it, it was either below or even below the top 10, and the 115 points speak for themselves.

Qualifying was not turning out as planned. He finished below the top 10 in nine sessions, while his teammate was managing to get to Q3.

Let’s give Ricciardo the benefit of the doubt, because we all know that he has got what it takes and he has proven it for us throughout his years in F1. He started his career in Formula One with Red Bull, technically with Hispania Racing on a loan from Red Bull.

From then he moved on to Toro Rosso to become a full-time Formula One driver. Throughout his time with Red Bull’s sister team, he was driving a Ferrari engine, but then Red Bull came knocking on his door, and finally got the promotion to the senior seat. At Red Bull, it was anticipated that he would eventually become World Champion and continue from were Sebastian Vettel left off, after he had just won the Championship for four consecutive times. But Ricciardo didn’t.

During his time at Red Bull, Ricciardo drove a Renault engine, and when he moved to the French team in 2019, it wasn’t difficult for him to get used to the car because of the similar engine. So throughout the years, Ricciardo has been driving a car which was quite familiar to him, and all of a sudden, at a very important stage in his career, he ended up driving a Mercedes engine for the first time. And that is the factor that probably made Ricciardo’s life a bit difficult.

But now that he had a season to get used to the Mercedes engine, he has to prepare to get used to a new car which is built under the new regulations. So if Ricciardo is still struggling from last season, it will be pretty difficult to keep up with Lando Norris, who is determined to bring McLaren to the top. 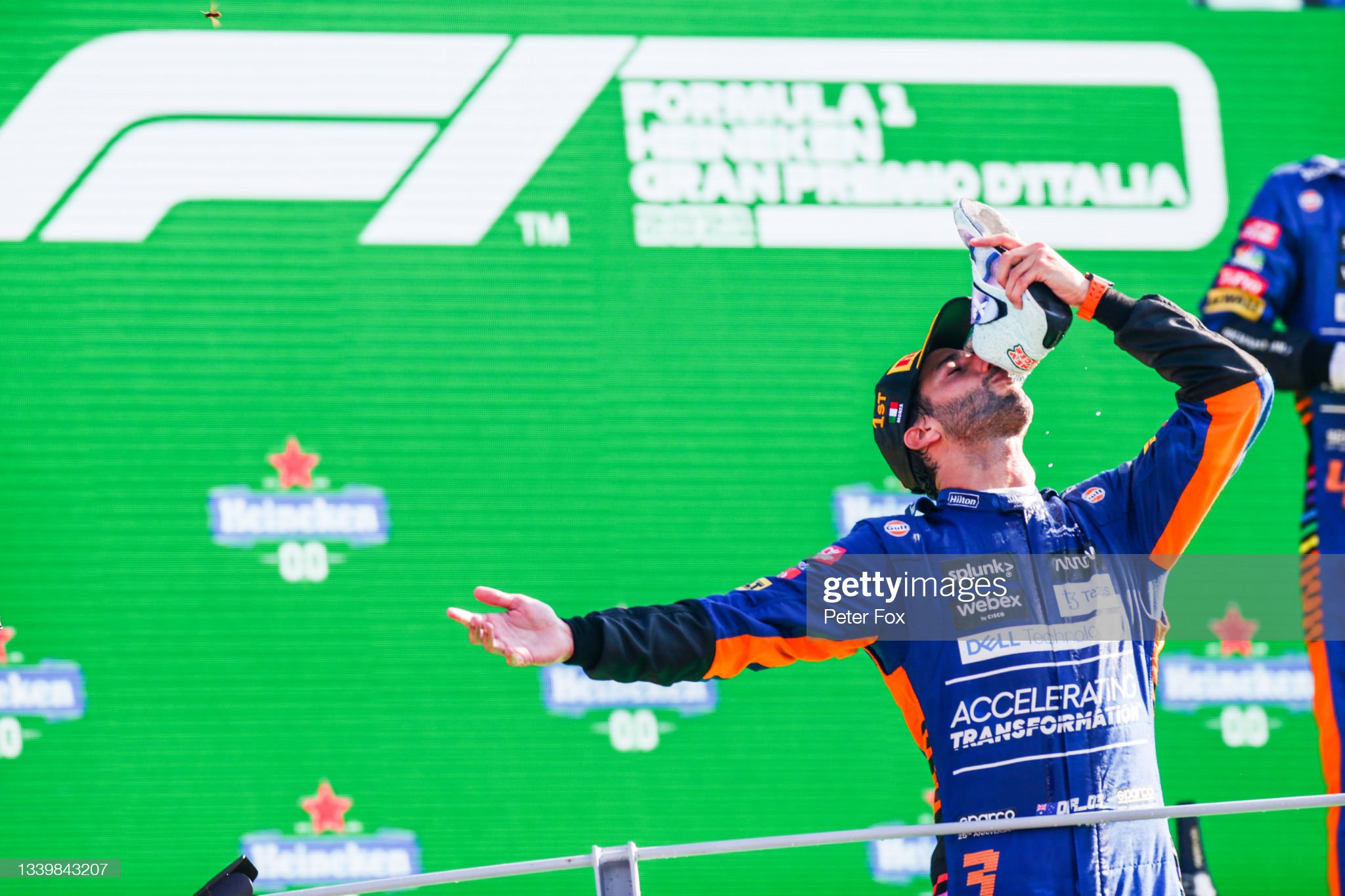 We can say that the 22-year old is Zak Brown’s baby. His mission is to protect him at all times. It sounds like a joke, but the relationship that he has built with the driver is one of the greatest factors that plays when it comes to McLaren’s success.

Lando Norris joined the team as a rookie in 2019 and ever since he has made it a mission to make McLaren competitive again. During that season he learnt a lot from his former teammate Carlos Sainz with whom he also formed a great friendship. The two had a very different relationship to the one that he has with Daniel Ricciardo.

The Brit and the Aussie do get along well, but of course we do not see the love that him and the Spaniard once shared. It was a great opportunity for the marketing team to get some content out of it, but for the drivers and rest of the team, it was a different story. The drivers are still competitors at the end of the day, and in my opinion, ever since Sainz left, we have seen a different Norris.

A driver who is now more mature, who feels like he needs to lead on his team and obtain great results. And I feel like the relationship he had with Sainz helped develop this driver. It prepared him for when his right hand won’t be there.

Lando Norris is only 22, and has got much to learn yet from Formula One, and he is learning that the hard way. A great example is Russia, when he did not switch to Intermediate tires and cost him his first ever win. There’s no fun or games in this sport, and it is understandable that maybe Norris feels a lot of pressure on him.

While he carries his team forward as he is regarded as the future of McLaren, he also needs to compete with his teammate, who at this late stage of his career wants to make something out of himself and compete for a world title that he never got the opportunity to come close to. 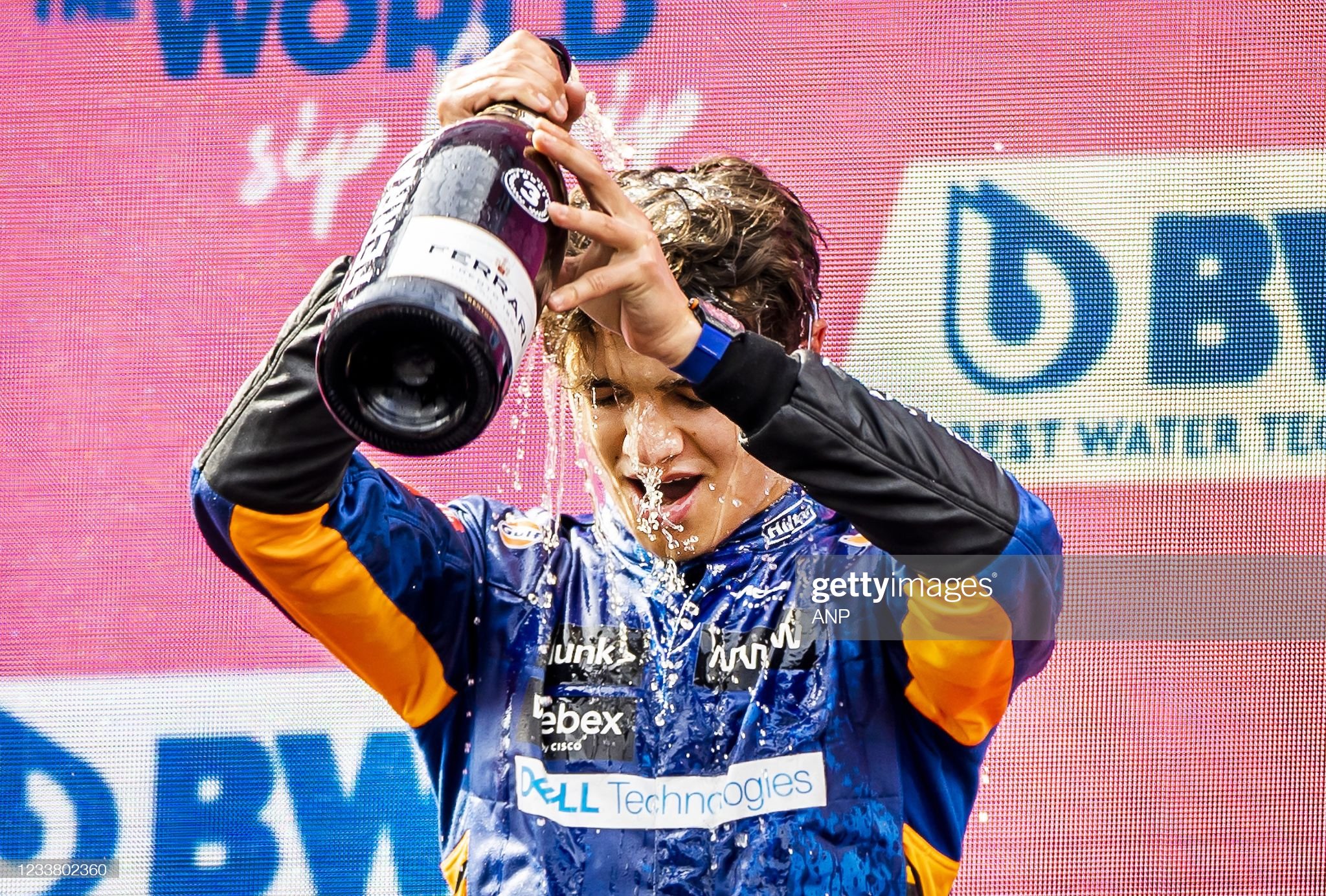