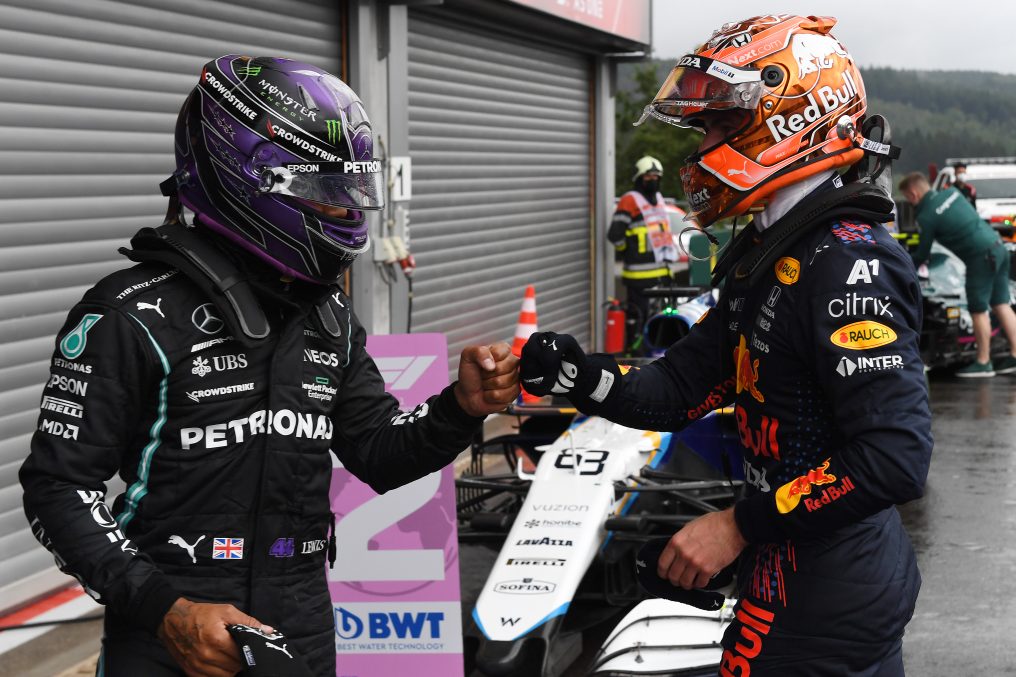 Why is the Hamilton-Verstappen rivalry already a fan favorite?

The 2021 season provided with a possibly unexpected heated rivalry between Max Verstappen and Lewis Hamilton that is already part of the history of the sport. Why is the fight already a fan favorite and why is it so polarizing?

In 2021, neutrality doesn’t seem possible. Fans are completely divided between two names: Max Verstappen and Lewis Hamilton. There’s no space in between.

On one side the excitement for a fight for the title comes from the lack of rivalries since the second half of the 2018 season. Fans and drivers are hungry for the drama and the all-to-play narrative. However, the most important side of the rivalry is the totality of the battle.

For the first time in years, the title fight is open to the influence of second drivers, affiliated teams, and any inconvenience. Every single decision the teams make can change the result of the championship because coming second is not an option anymore. Furthermore, as neither Red Bull nor Mercedes has the security of having the clearly fastest car, the rivalry takes place in the technical field, in the stewards’ room, at the pit wall, and in the media.

The uncertainty fuels the excitement. In 2021, every castle is being stormed. France, which has always been a dominant track for Mercedes, was won by Red Bull. Silverstone almost led to a clamorous result. Even races in which the result seemed obvious such as Bahrain, provided a shocking final.

Then the presence of a closer midfield, especially with McLaren and Ferrari, can add to the necessity of perfect races. Monza was the perfect confirmation that in the difficulty of both Mercedes and Red Bull, McLaren was able to not only be on the same pace but be even extraordinarily quicker. Monaco and Hungary are yet other perfect examples of the midfield teams being ready to use any opportunity.

Furthermore, not only the narrative is perfect for an iconic rivalry, remembering many details of old battles, especially the young talent against the affirmed champion and the all-in mentality against the mathematician mentality but they are also fighting for more than a single championship. The possibility to become the greatest ever and win more titles than anyone else on one side, the first World Championship on the other side. Whoever will win will write yet again an extraordinary page of F1 history.

Still, the most important factor is the two big names contending the title. The overall truth is that the battle for the championship depends heavily on the drivers’ talent. Verstappen on the RB16B and Hamilton on the W12. Any difference would probably result in one of the two easily dominating; instead, 2021 is providing an almost perfect equilibrium.

The biggest answer to the current critic of F1 as only dependent on the car is all in the Verstappen-Hamilton rivalry. Both drivers are recurring to every once of talent, racecraft, speed, and experience to beat the other. Even considering the polarizing effect of the fight, the rivalry is granting fans full-on racing between easily two of F1’s best racers. Both Max and Lewis are pushing the other to be better and faster.

The battle obviously comes with flaws because in F1 the line between the best result and the worst result is all defined by the knowledge of own limits. That’s why we’re seeing more crashes and more mistakes from both than on a “normal” season. Verstappen and Hamilton are trying everything in and out of the book to win and that will come with stepping over the line.

The final point is that however divided the opinion is, as fans we shouldn’t forget to appreciate the talent and racing from both, understanding that we are currently living history.