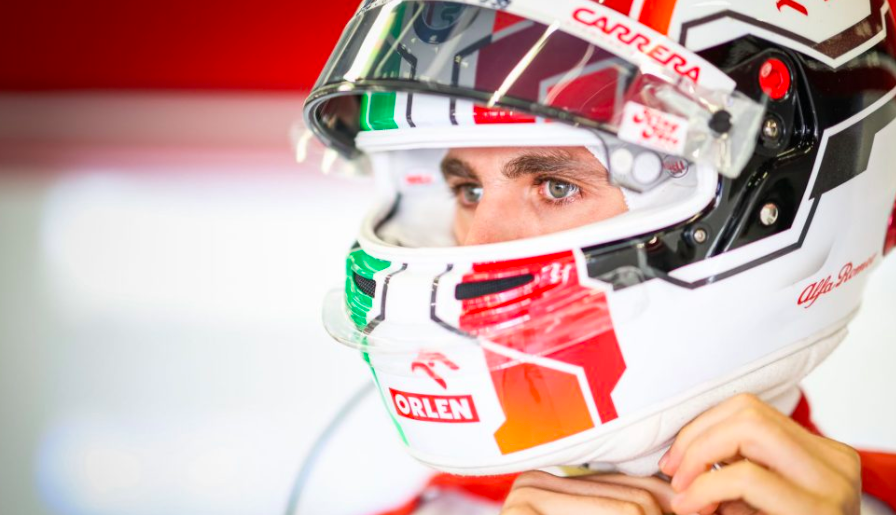 Why Antonio Giovinazzi Has To Impress In Italy

The upcoming Italian Grand Prix may be his chance.

Antonio Giovinazzi will have to improve his focus and pace to secure a spot next year.

The Italian is up against a handful of potential candidates for the Alfa Romeo seat.

From karting to Formula Pilota China to F3, DMT, and Endurance Racing, Antonio built up professional experience. In 2016, he raced in the GP2 Series where he finished as a runner-up to teammate Pierre Gasly. Then in 2017, Giovinazzi stood in at Sauber for his F1 debut in Melbourne. From there, Ferrari took him under their wing as a reserve driver. Within time, Antonio partnered with Kimi Räikkönen at Alfa Romeo.

Giovinazzi has been with Alfa Romeo since 2019. The iconic brand based in Hinwil, Switzerland became home. With team chief, Frédéric Vasseur, and technical chief, Jan Monchaux guiding the way, Antonio has improved as a racing driver using a Ferrari engine and C41 chassis with each round.

In Bahrain, Antonio started and finished 12th. For Imola, he started 17th and finished 14th. At Portimão, Giovinazzi kept consistency to start and finish 12th. Being in Barcelona, he regressed slightly by starting 14th on the grid and finishing 15th. Monaco was impressive as Antonio achieved 10th for his start and finish getting points for Alfa Romeo. By Baku, he experienced a crash in qualifying that he admitted was his fault yet finished the race in P11.

Starting 13th in France, Antonio finished in 15th. Following this, he started and finished 15th in Styria. At the Red Bull Ring, Giovinazzi started 15th and moved up to finish 14th. Silverstone saw him struggle in qualifying to get p15 but during the race finished 13th. Hungary hopes were in the air as six drivers didn’t finish where Antonio started 14th and finished P13. Similar results surfaced at Spa where Giovinazzi started 14th and took 13th for the race.

Recently, Antonio earned his highest grid position. He had a sensational performance. Giovinazzi qualified P7 at Zandvoort. Ready to race, he experienced a surprisingly sad start and was sent into 10th place. After his second pit stop, things changed. Then Giovinazzi got a right rear puncture which cost him and the Alfa Romeo team points to finish P14 during the Dutch Grand Prix.

Antonio acknowledged, “It was a good start from a good position, but already in the first lap I had contact with Fernando and dropped some places. We were still in the top ten and looking solid, but then a puncture compromised our race. It had been a really good weekend until then but that bad luck during the race means we didn’t score any points. Now we focus fully on Monza, my home race: I’m looking forward to giving a good show to all the Tifosi.”

Being Italian and racing in Monza, this may be motivation enough for him. It’s going to be a home race. The 27-year old will have to step up and perform well to secure his Alfa Romeo seat alongside Valtteri Bottas next year. Other candidates being considered include F2 racer Guanyu Zhou and Red Bull reserve and development driver Alex Albon.

Antonio Giovinazzi is sitting 18th with 1 point in the driver standings. Alfa Romeo is 9th with 3 points in the constructor standings. Let’s see what happens this weekend at the Italian Grand Prix.