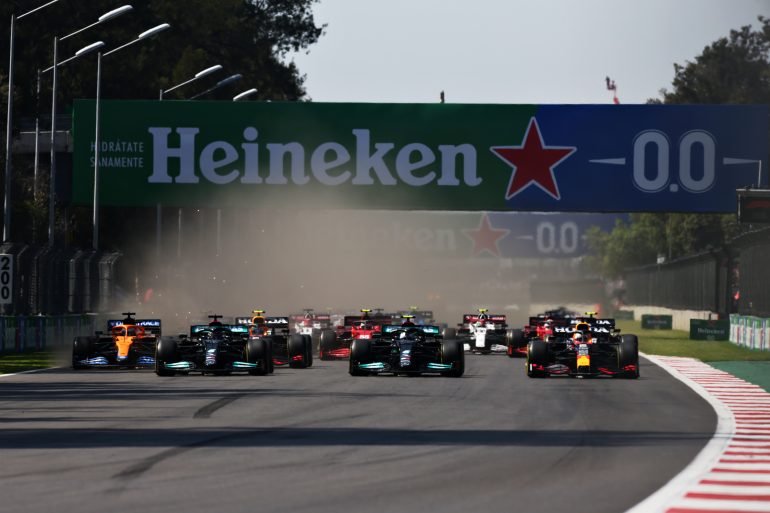 Who had a fiesta and who a siesta in Mexico?

The Mexican Grand Prix saw the leadership of Max Verstappen being consolidated to 19 points of the gap while the Constructors’ Championship became closer than ever. Let’s see who had a fiesta and who a siesta in Mexico!

The Japanese driver showed some brilliant pace during free practice and qualifying. However, all his efforts were made useless when it mattered the most. The misunderstanding on Saturday caused Red Bull to lose out on a first-row lock-out but it must be said that Tsunoda was almost, if not entirely, faultless. The race was immediately compromised by the crash during the first lap and he had to retire the car. Yet, Yuki seems to be finding more and more pace to show some brilliancy at the pinnacle of motorsport. Head high.

Gasly continues his impressive streak of consistent placements. Rarely shown by the cameras, the Frenchman maintained a pace comfortable enough to not let the Ferrari close and bring home an excellent fourth position. In a season where he conquered sometimes less than he should have, Pierre is still finding ways to prove his worth. Solid.

The Papayas only come home from Mexico with one point. Daniel Ricciardo’s excellent qualifying result became easily worthless due to his first-lap accident with Valtteri Bottas. Whether the incident could have been avoided with more cautiousness is debatable but surely the happening didn’t help for the Constructors’ Championship. On the other side, Lando Norris’ PU change further penalized the team, especially considering the overall lack of overtakes’ opportunities in Mexico. Missing out on the fiesta.

Maranello can be cautiously happy. The Ramping Horse was finally able to overtake McLaren in the Constructors’ Standing, grabbing a good amount of points and showing consistency from both drivers. However, the expectations for Mexico were much higher and the disappointment was inevitable in seeing the gap to Gasly’s AlphaTauri, showing the progress made can’t stop. Anyway, the teamwork and honesty shown by both drivers can reassure Mattia Binotto, especially considering the next race will be held in Brazil, where the Tifosi’s latest memories aren’t particularly happy. Bitter-sweet.

Kimi Raikkonen bringing home 4 points is the only element saving the Swiss team’s reputation at the end of the race. Another wrong strategy for the list of endless mistakes in the 2021 season from Alfa Romeo penalized Antonio Giovinazzi and made the team miss out on more points. The separation between the Italian and the team seems now inevitable but this isn’t the right way to finish the season, especially considering the talent Giovinazzi has been showing in 2021. Nightmare.

Without the misunderstanding that happened during qualifying, Checo could’ve given Red Bull the desired 1-2 and the Mexicans a dream. Yet, Perez convinces everyone during the race and his audience’s passion makes us all his fans. The final scenes with the dad and son make everything more important for a driver that keeps showing his incredible consistency. National pride.

The Finn starts the race with a colossal mistake that could well cost Hamilton the Championship. More focused on protecting from his teammate than from Verstappen, he opens the door and the Dutchman doesn’t ask for permission. After that, he was faultless in the accident with Daniel Ricciardo but the race never changed from there and became a slow and painful procession to a pointless finish. The fastest lap marks the only positive side of his Sunday but isn’t enough to convince. Messy.

The Dutchman had all to lose in the first lap and still went for an overtake that will enter into history. From then on, Max Verstappen dominated the field without any problems. The final shenanigans to avoid losing the fastest lap to Valtteri Bottas were useless but showed his will to fight for every single point. The gap from Hamilton becomes bigger but no mistakes are allowed. Masterclass.