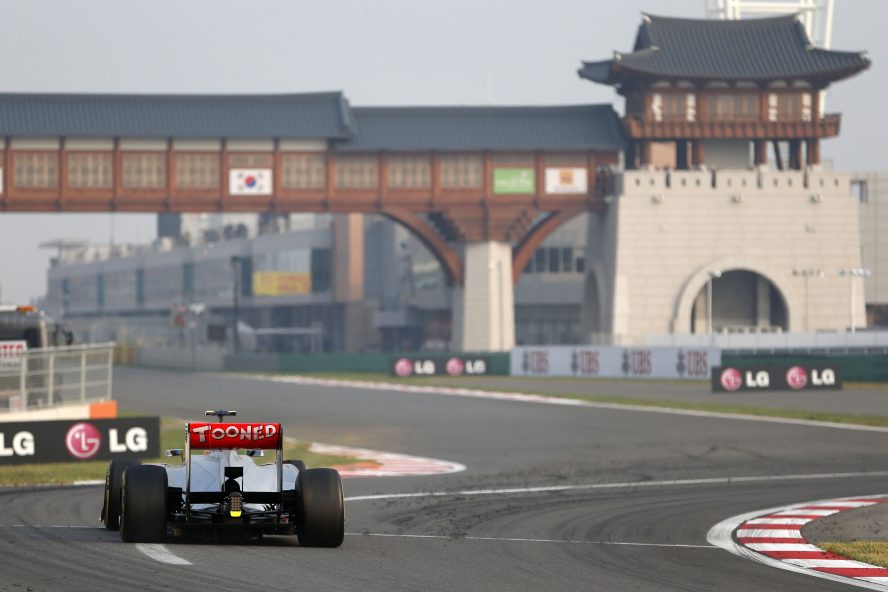 Which tracks were F1s biggest mistakes across the years?

Not every new track that joins F1 calendar is a success story. Whether bad design, a lack of overtaking or ill thought out locations, some circuits do not last. So which tracks were F1s biggest mistakes across the years? These circuits are just the tip of the iceberg, but are most prominent of the last 20 years.

South Korea hosted a race from 2010 to 2013. Billed as a ‘destination race’, future plans included a large marina within the track. Sadly this did not happen. While live on air, Martin Brundle asked his fellow presenters “do we really have to go there?” when the team promoted Korea as the next race.

Its location was the main factor for its unpopularity. The track was 250 miles away from Seoul. This led to logistical nightmares.

The terrain was also an issue. Built in swampland, the surrounding area was not picturesque. The plans were for a vast complex to back up the ambitions as a “destination race”. Yeongham was indeed a destination race, but not in the way the organisers intended. The race was also plagued by disagreements over its hosting fees throughout its tenure.

The track itself actually promoted good racing. Mark Webber departed spectacularly from 2010 championship contention during its first race. But even a cracker of a debut race didn’t bring in the crowds. 2013 saw the final nail in the race’s coffin. A fire truck rather than the safety car led the cars around for a few corners after an incident. Why? The truck was sent on track prior to the safety car.

After 2013 Korea held provisional status the next two years before being dropped from the calendar. Korea was a disappointing mistake, having aspired to be an anchor of the calendar.

Valencia and Singapore were the first tests of a new ‘street circuit’ idea that exploded in F1 during the 2000s. Organisers would simply replicate Monaco, add more space and overtaking opportunities. Both races had their debut in 2008, but Valencia now lies abandoned. The track held races for just five years before it was dropped after the 2012 race.

Unlike in Korea, crowds and ticket sales were never an issue for Valencia. The Spanish fans had a second race to cheer on home hero Fernando Alonso. The fans that attended in 2012 were treated to an Alonso victory, perfect PR for the track.

So why did this race fall through? The location wasn’t a literal swamp, but despite being at the coast it wasn’t exactly picturesque. The idea was to race in the port used for the Americas Cup sailing.

The cars would race around the port, in a new glamorous location that would echo Monaco. However the tight nature of the circuit meant limited overtaking opportunities. The colours of the kerbs, barriers and track paint meant the circuit was devoid of almost any personality.

Funding was the eventual downfall of the race. The track required extensive maintenance, and the organisers were never able to generate the revenue needed. The Valencia government was unwilling to step in, and Valencia quietly fell off the calendar. While not a mistake in the conventional sense, it certainly was a costly failure.

From 2022, F1 will have three races in the USA. This is massive step forward the year 2000, when F1 had almost no appeal. A decision was made to increase its popularity in the USA. A deal was then reached to race at the Indianapolis Motor Speedway.

Dubbed the “Brickyard”, cars raced around the inner track before rejoining Indy’s famous banked oval. The most memorable race came in 2003. Michael Schumacher won in changeable conditions, after a thrilling battle with Kimi Raikkonen and Juan Pablo Montoya.

In 2005 Ralf Schumacher had a near identical crash to a year previously at the oval banking. Unlike in 2004, he walked away unharmed. Tyre supplier Michelin then revealed that without reducing speed at the final corner, their tyres would not last full race distance.

What followed was an extreme example of why F1 is as much about politics as it is racing. F1’s other tyre supplier Bridgestone were unaffected by the issue. However, only three teams ran Bridgestone, the remaining seven ran Michelin. No agreement was reached to resolve the problem and all Michelin runners returned to the pits on the formation lap.

To the dismay of the crowd, only Ferrari, Jordan and Minardi took the race start. Many of the fans chose to leave early in protest. Michelin and F1 apologised but Indianapolis was dropped from the calendar two years later.

It was not until 2012 that F1 returned to the USA, this time at a purpose built circuit. Since 2005, F1 has never again made the mistake of letting politics affect race starts like Indianapolis.