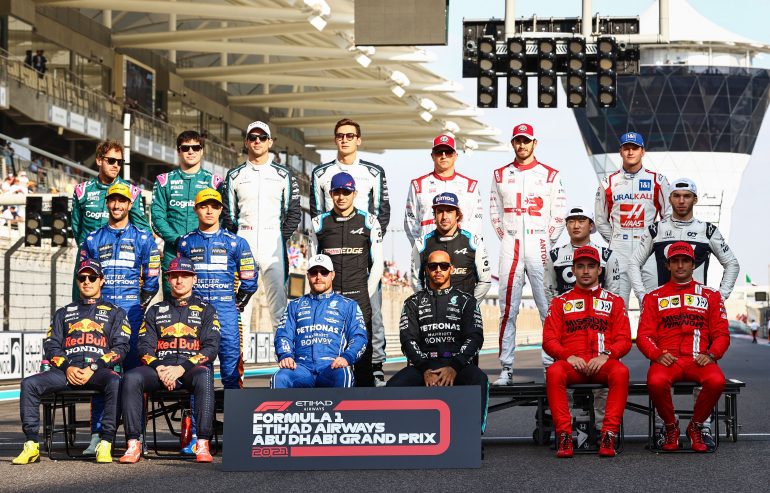 Which driver handled being in a new team the best?

The Formula One 2021 season saw many drivers enter a new team, and the arrival of a few rookies. But, how have they handled this season?

It is no secret that Haas is in a financial crisis, and for this season needed to find a way to survive. Here is where Dmitry Mazepin comes in.

Dmitry Mazepin is the owner of Uralkali, which is a potash fertiliser producer and exporter, and now a sponsor of Haas. Dmitry offered Haas a pool of money, but with his meant they had to take on Dmitry’s son – Nikita Mazepin.

The Russian unfortunately has been one of the unluckiest out of not only the rookies, but all the drivers. Throughout the season, he wasn’t able to score any points, and ended up stuck in P21 in the Drivers’ Championship.

Not only that, but he got the nickname ‘Mazespin’ from the public. This was down to him early on in the season developing a reputation for spinning.

In total throughout the season, Mazepin had 22 and a half spins, plus an extra one during the pre-season practice sessions.

To add to this, even his team boss, Guenther Steiner, joined in the public’s fun. At the Styrian Grand Prix, Steiner gifted him a spinning top.

Unfortunately for Mazepin, his season ended early. He tested positive for Covid-19 ahead of the final race in Abu Dhabi.

In another attempt to ensure the Haas team, Guenther Steiner managed to secure another deal. This time it was with 1&1, a German telecommunication provider.

Guenther had to make sure he had a German driver in his team, and despite pressure from Alfa Romeo, Mick Schumacher signed for Haas.

There were a lot of high expectations for Schumacher, not only due to being the son of Formula One legend – Michael Schumacher, but he had won the 2020 Formula 2 World Championship.

Like his Haas teammate, Mick Schumacher is another rookie who has had an unlucky season. He ended up P19, scoring no points in the Drivers’ Championship.

However, it wasn’t just doom and gloom for the Haas driver. Schumacher managed to reach Q2 once, in Turkey.

He managed to out qualify Williams’ Nicholas Latifi, starting the race in 14th place. Unfortunately, Schumacher wasn’t fast enough to keep up with the others, finishing the race in 19th.

In Hungry, he tried to fight Max Verstappen, who was trying to make up places after getting tangled up in a collision between Mercedes’ Valtteri Bottas and McLaren’s Lando Norris.

Schumacher’s and Verstappen’s wheels even bumped twice, but the Red Bull was much stronger and got ahead of the Haas.

Despite having a couple of crashes and spins, which he has admitted were down to his aggressiveness – Tsunoda hasn’t had a bad start to Formula One.

Tsunoda joined Formula One after being P3 in the Formula 2 World Championship.

He ended up finishing this Formula 1 season in 14th place, with a total of 32 points.

Yuki Tsunoda saved his best result for the last race, as he finished fourth in the Abu Dhabi showdown.

He had Valtteri Bottas’ Mercedes behind him, and thought that this could have been his first chance at a Formula One podium.

This would have meant he would be joining Max Verstappen and Lewis Hamilton on there, rather than Ferrari’s Carlos Sainz. However, that didn’t happen.

It does put Tsunoda in a good place for next season, as it looks like he will just keep improving.

Sebastian Vettel may have not won the Formula 1 World Championship this season, but he did win something else – the most overtakes.

Vettel also managed to secure a podium finish at the Azerbaijan Grand Prix. This became the first podium for the Aston Martin team.

Speaking about this, he said: “I’m over the moon. I think for the team’s it’s great – a podium – we didn’t expect that when we came here.

“On Friday, even though we were nowhere, it felt good, I was quite relaxed and yesterday [in qualifying] we didn’t quite get it, but today – even sweeter.”

Sebastian Vettel ended up finishing P12 in the Drivers’ Championship, with a total of 43 points. His teammate Lance Stroll followed straight behind him in P13, with 34 points.

It did take Fernando Alonso a few races for him to settle back into Formula 1, but once he was settled, he seemed to get stronger and stronger.

Moments that stand out in particular are Alonso’s starts. Watching him make his way up the grid like it was easy, was impressive and was classic Alonso opportunism.

With his opening lap in Qatar showing the aggressive and attacking side of Alonso that we all love to see.

By Gracie Talia Ross18 hours ago

Alonso finished P10, with a total of 81 points in the Drivers’ Championship.

Daniel Ricciardo finished the season in eighth place on 115 points, 45 points behind his team-mate, only 5 ahead of Alpha Tauri’s Pierre Gasly.

Ricciardo’s peak moment came unexpected at the Italian Grand Prix, in Monza. Not only was this a peak moment for him, but for the team. McLaren managed to bring home a P1 and P2, with Daniel Ricciardo winning the race.

Speaking to Autosport he spoke about the season and said: “Started not great, got better, but still with some dips,

“Definitely happier with the second half. But there’s still some things to work on, so I’m not like overwhelmed with it.”

“Let’s just say I made a step, but clearly I still need to make another one next year to get where I want to be, and probably more on Saturdays just to give me that track position for Sunday and keep me out of a little bit more of a mess. So that’s what I’ll work on.”

Carlos Sainz didn’t waste any time as soon as he stepped into the Ferrari car, and was able to have consistent performances, pulling together a very strong season overall.

Though like everyone else there were many errors, such as the qualifying crash in Budapest, Sainz delivered a lot this season.

He ended up finishing P5 in the Drivers’ Championship, this was ahead of his teammate Charles Leclerc (P7), and both rival team McLaren drivers Lando Norris (P6) and Daniel Ricciardo (P8).

The Red Bull driver arguably has had the best season of all of these drivers.

Not only has he been a fantastic teammate to this season’s F1 world champion Max Verstappen, but he managed to secure P4 in the Drivers’ Championship.

The Mexican was able to score a total of 5 podiums over the season, and even one DHL fastest lap.

Unfortunately, the last race of the season saw Perez have to retire his car.

He had been on pace to deliver Red Bull a double podium result, possibly give them their first 1-2 finish in a season finale since the 2013 Brazilian Grand Prix at Interlagos.

Who out of these drivers do you think has had the best season? And who will have the best in 2022?