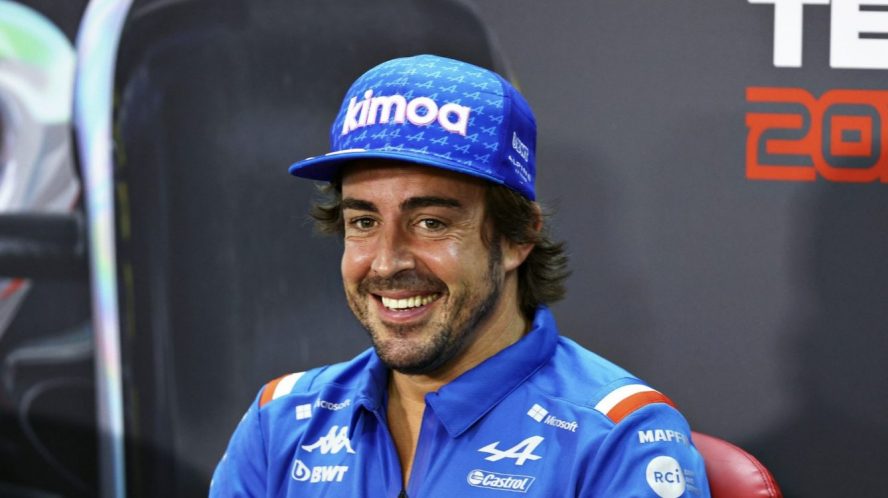 When it comes to age on the track, one F1 driver’s talent is outweighing it all.

Many wonder how someone can continue on in sport after getting to a certain age but Fernando Alonso makes it seem simple.

Younger drivers who are driving alongside him now saw him as a role model during the early days of their careers. Max mentioned: “I used to look up to him as a young kid, watching Formula 1, with him being up there winning races and championships, so it’s great to be sharing the front row with him.”

During recent qualifying Max managed to stay on top but the Spaniard definitely delivered in his Alpine A522 with a 1:32:277. This was even ahead of the fierce Ferrari duo. Then his time improved to 1:24:848. Soon enough Fernando found himself with a 1:21:944. The Oviedo native has this fire that transcends the track. His commitment conveys a presence that he’s not done yet. Age is just a number.

Fernando has come a long way in racing from Minardi, Renault and McLaren to Ferrari, McLaren again to Alpine in Formula 1. He’s developed a good relationship with teammate Esteban Ocon as well to help guide him on his racing path.

While in Canada, the two-time World Champion aimed to lead as he made the front row. It was for the first time in ten years. This was also Alpine’s best qualifying position. Fernando fought hard to chase those points for the team in the race. An unfortunate five-second penalty then saw him go from P7 to P9.

“I think this weekend we deserved better than ninth position, but it’s still good for both cars to score points in the end. We ultimately lost a big opportunity to fight for a potential podium as I felt like I had the pace to do so. We were hit with a badly timed VSC just before our first stop. I was on the main straight when it was deployed, and then missed a pit-stop opportunity before it ended. We then had an engine problem from lap 20, which we were trying to manage. We didn’t retire the car and used the DRS to defend, as we were losing a lot of time on the straights. It’s disappointing especially after yesterday’s performance, but we’ll head to Silverstone, try to get on top of our reliability issues and score more points.”

For his F1 career, Alonso’s entered 345 Grands Prix, achieved 98 podiums, enjoyed his highest race finish and grid position in first. He totals 1,998 points. Now Fernando finds himself in tenth with 18 points in the driver standings.

Alpine Team Principal, Otmar Szafnauer stated: “The team leaves Canada feeling proud after scoring good points in today’s race with Esteban sixth and Fernando ninth after a post-race penalty. Even after such a strong Saturday, we entered the race today with a realistic mindset and we knew scoring multiple points with both cars and swinging the momentum in the championship was the absolute goal. Fernando was certainly very unfortunate with the deployment timing of both VSCs early in the race and he also had a small issue on his car, which held him back from making further progress. Esteban benefitted from a bright start to the race and executed his plan well to progress to sixth at the end, with his clever, team-minded driving to allow Fernando DRS in the closing stages, the key to cementing our final positions. We’ve demonstrated our ability this weekend and we look forward to the next string of car updates for the next round with the objective of fighting further up the grid.”

Alpine advanced to fifth with 57 points in the constructor standings. Let’s see what happens for the team at the Silverstone race.