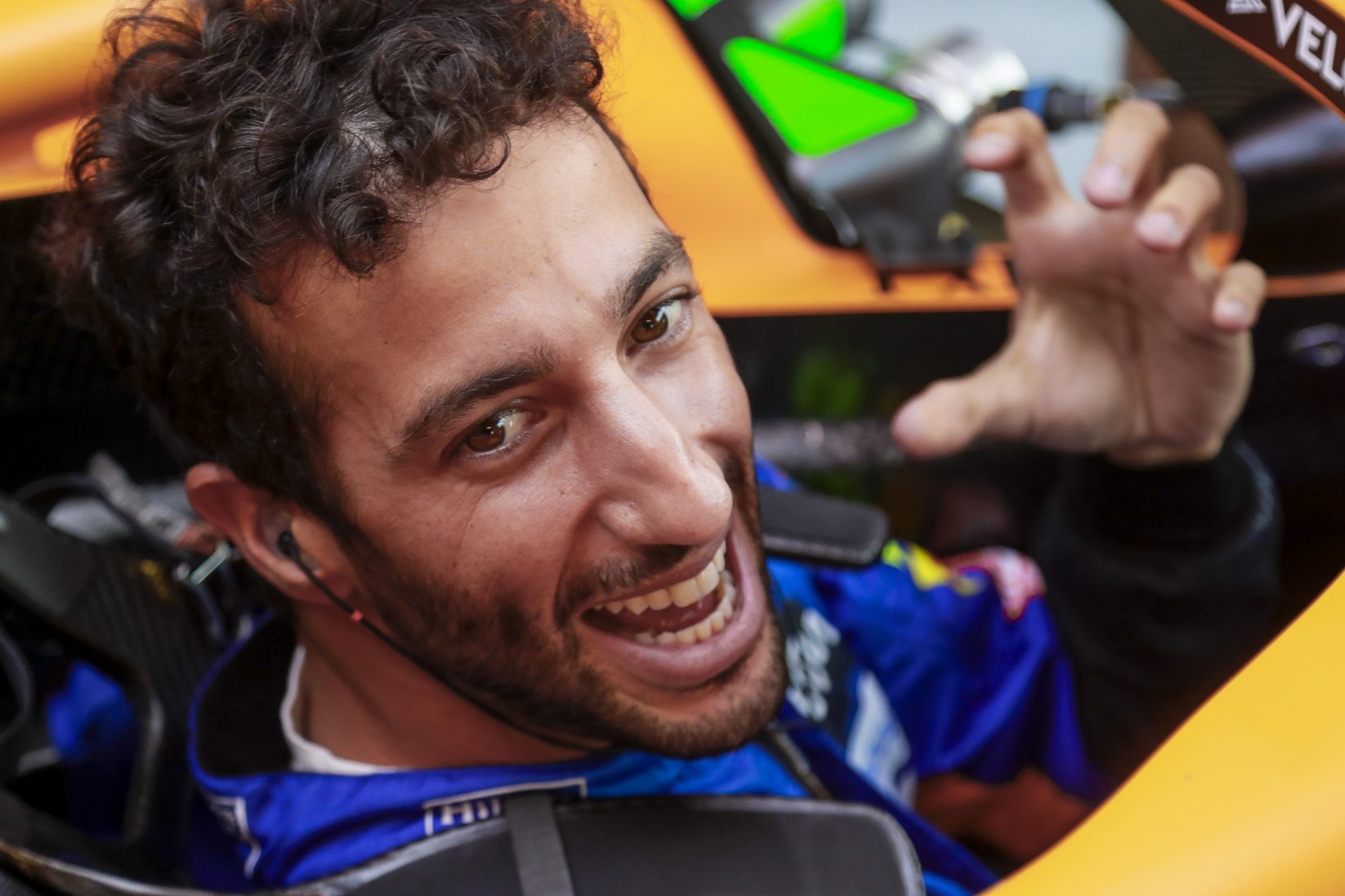 When the checkered flag appeared on Sunday afternoon, it seemed everybody became a Daniel Ricciardo fan. The Australian with the big smile is a fan favorite anyway, but seeing his struggles since moving to McLaren for the 2021 season made this win – and shoey – taste even sweeter.

Daniel Ricciardo entered Formula One in 2011 with struggling team HRT. Following two years in Toro Rosso, and some point finishes in those seasons, he replaced Mark Webber at Red Bull Racing. Alongside four-time world champion Sebastian Vettel, the Australian bagged three wins in his first season with Red Bull. Ricciardo first stood on the top step in Canada in 2014, and many more podiums would follow during his time with Red Bull. Starting strong in 2018, Ricciardo looked like a potential title contender. Winning two of the first six races, reliability issues soon turned the 2018 season from glory to misery for the Australian.

1204 days had it been – before Sunday – since the 32-year old had last stood on that top spot on the podium. His last win came in Monaco 2018, after a stellar drive in his Red Bull back in the day, defending over Sebastian Vettel for 50 laps with a loss of power. However, 2018 was a frustrating year for Ricciardo, and it was announced in the season that he would switch to Renault. He knew he would never win a title with the team, so he moved on.

What followed were years of struggle in a non-competitive car, just cruising around in the midfield. In his second season with Renault, Daniel Ricciardo managed to bag two podiums for the team, but these two Place 3 finishes should be the only times the Australian would even be on a podium since leaving Red Rull.

Ever since Ricciardo left Red Bull, voices have risen claiming the move away was a big mistake and the end of his career. The Renault years didn’t exactly tell a positive story, and his struggle since moving to McLaren was even more intense. The Australian at times seemed defeated, and just as confused as everybody else that his efforts did not translate into results. 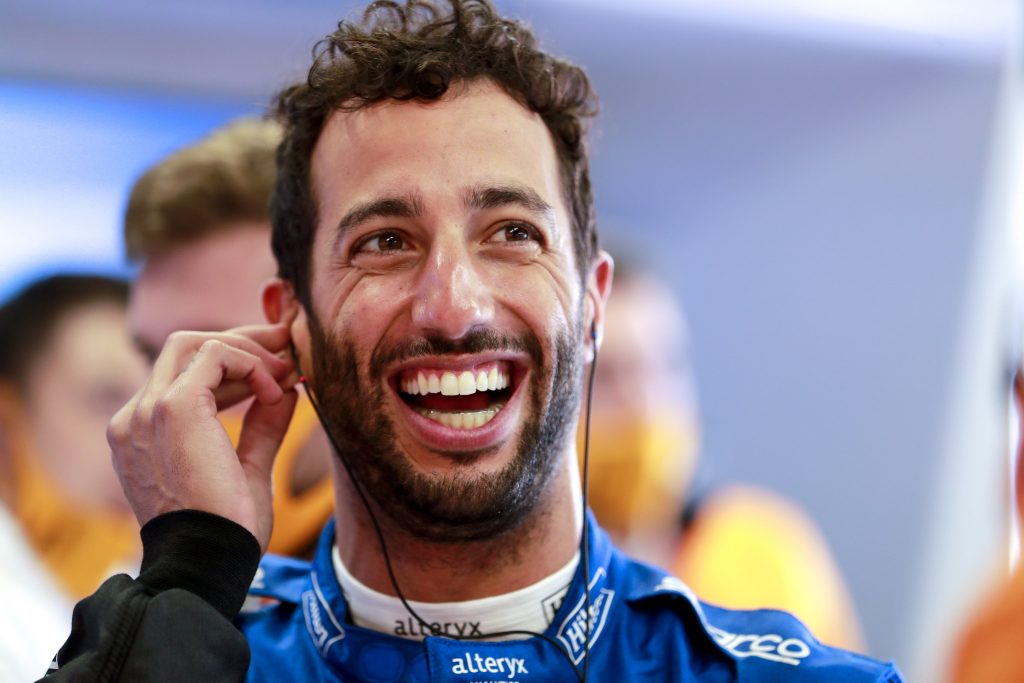 The big smile and cheeky comments however didn’t fade throughout the years for the most part. If anything, with the rise of social media content since Liberty Medias take over, we’ve seen more and more of him and his infectious personality, even if it was just for tattoo-bets with Renault team principal Cyril Abiteboul or driver press conference banter. The move to McLaren was met with some new enthusiasm by both Ricciardo and the fans. McLaren ended up finishing third in the 2020 constructor championship, Lando Norris managed to bag a podium in 2020, and with a very talented driver like Ricciardo, the hopes – but even more the expectations – were high for a successful 2021 season. Before the move, Ricciardo claimed the team would be his best bet to win and win a title. Partnered with young, talented Lando Norris – on paper this team sounded awesome.

In reality, it didn’t seem to be. While teammate Lando Norris claimed some podiums early on in the season, driving in the midst of the action fighting at the front of the grid, Daniel Ricciardo struggled. Criticism kept rising quickly, and harshly. The team did everything in their power to help him, but despite putting in hours and hours of work – the work didn’t translate onto the track. He struggled to keep up with the pace of his teammate and just couldn’t deliver. Outside the car, Ricciardo still somehow managed to keep his bubbly, joking personality but fans were able to see a shift. The struggles seemed to take over, the interviews seemed to become a bit shorter, the smile was smaller. The spark seemed to fade.

Very rarely have we publicly seen a frustrated Ricciardo in previous seasons, and credit to him that – at least on camera – he never takes it out on the team. Remember Japan 2018? Walked away from the garage first. Heard about him smashing a hole in a wall whilst at Red Bull? Apparently happened when very few people were around. Ricciardo has stated in interviews before, that the smile is never fake. But up until the summer break this year, his reasons to smile on a race weekend became fewer and fewer. 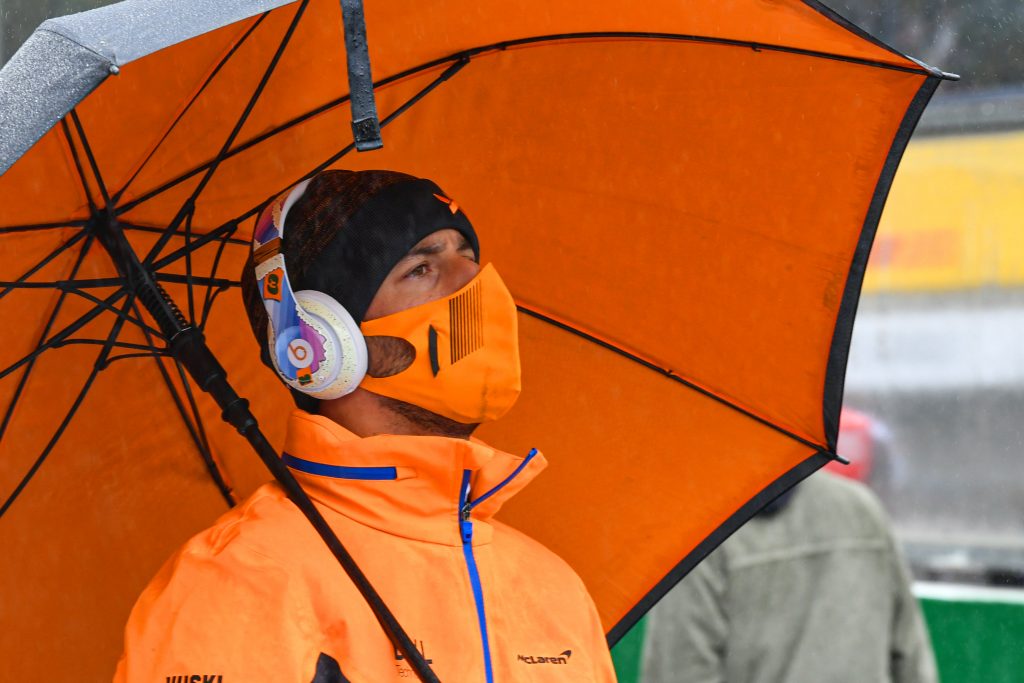 Mental health and struggle is not talked about much in Formula 1. Yes, drivers mention a difficult weekend, a frustrating start, or a tricky battle on track, but openly addressing mental health in any elite sport is still faced with so much stigma. However, in the past couple of years we’ve seen a shift already, with more drivers openly discussing mental health issues – and their coping mechanisms. Former Formula 1 drivers Romain Grosjean and Nico Rosberg previously shared more details about tough times they dealt with and how a sport psychologist helped them conquer their mental health issues. Ricciardo himself has been quite honest and open about struggles, and his ways to deal with them in the past.  When working with Renault, the driver shared some insights into his mental health experience with the Renault Mental Health Campions. “I face a lot of pressures and have learned to cope with them over the years. It was interesting to have the opportunity to talk to the Mental Health Champions of Renault UK. I saw that experiences were not only related to F1, but that everyone had to face them, no matter what their profession. We all had different methods of dealing with things like pressure, and we reflected on the importance of taking time to take care of ourselves. “

Ricciardo’s teammate Lando Norris previously shared more info about McLaren’s partnership with Mind UK. “We have our partnership with ‘Mind’ and we do a lot of things with them, a lot within the team. Not only for the pilots, but also for the mechanics, engineers and people in the factory, to allow them to express themselves and say what they want to say, to improve the atmosphere within the team. and make them feel better too. “, he shared in an interview with Sky Italia ahead of the Azerbaijan GP.

The pressure to perform, not only alongside consistent point scorer Norris but more importantly as a previous race winner, is massive. Formula 1 represents the best of the best – the best 20 drivers from around the world. 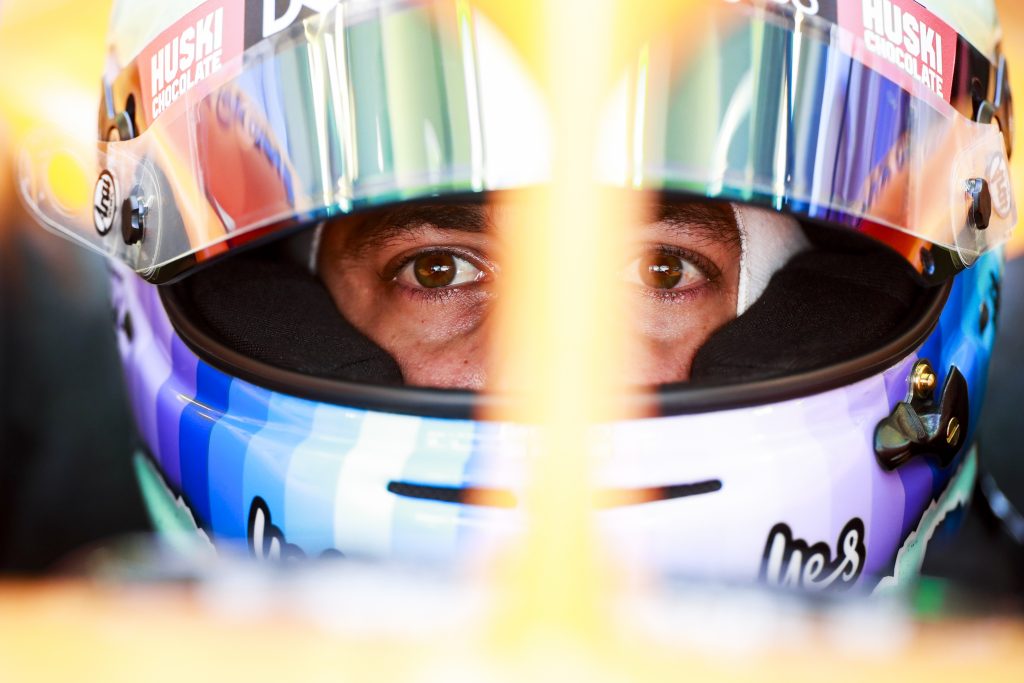 “There have been lows this year but deep down I never lost faith or the belief,” Ricciardo said in the post-race interview on Sunday.

“I think I also just needed to step back and I think that’s where having some time off in August helped. I truly think that helped this weekend get to this position.

Speaking to Men’s Health, he further shared: “There’s definitely much more of a conversation now. People aren’t afraid to talk about things that they’ve got going on. It’s so important to have a good crew around you, whether that’s family or friends, people at work and those inside your circle — having people you can trust and who you can talk to. I think, naturally, you can offload issues before they become a problem. That’s been really helpful for me.

Do the FIA play Robin Hood with regulations?

“I think social media increases pressure on a lot of people, it’s the nature of the beast. You’ve got to have a lot of self-awareness on how you deal with it. I’ve always kept it pretty one-way, as it’s there for me to put out things, but I don’t necessarily take a lot in. You can read 100 good comments and read one negative one, and that’s what will stay with you. You have to be disciplined.”

Speaking out about mental health is of course a personal decision, and nobody should feel pressured into doing so. Those who do, though, are not only using the benefits on the track and in their personal lives, but are also helping others in ways we may not even be aware of. With men often more likely to suffer in silence, the effect of seeing a male athlete like Ricciardo openly share his frustrations, doubts but also advice could be profound.

On Sunday, we could all see how much this wins means not only to McLaren as a team, but especially Ricciardo as a driver.

“It means everything. I definitely try not to make, or dictate, my life happiness around the sport because it’s been three-and-a-half years since I won so I’d be pretty miserable most of the time if I just based my happiness on winning races.

“It’s just wild… but deep down I never lost faith or the belief and I think I needed to step back and that’s where I think having some time off in August helped, and I truly think that helped this weekend, to get to this position,” he added in the press conference on Sunday.

Keep on being true, raw and real, Danny Ric! The Nerds are all here for this openness.